Skip to content
You are at: Home » News » Community » 5 Awesome Bitcoin stories shared by Redditors

The internet is a great source of amazing stories, and Reddit’s r/Bitcoin is not an exception. Over the past few years, several Redditors and Bitcoiners took to the social platform to share their stories and experiences about discovering, buying and selling cryptocurrency. Some of them won big, some of them lost a lot, but they all learned something.

1. Bitcoin as the cure for depression and anxiety 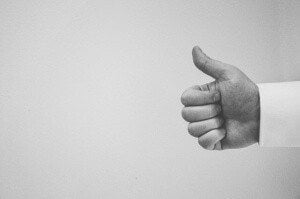 A few years ago, Redditor Daurgothoth was depressed, anxious and borderline paranoid. “A heavy interest in politics and economics combined with a public education will do that to people these days. All through the public education machine I wondered… Why are they doing things this way? I mean it is the 21st century and we live in the richest country in the world.”

Then Bitcoin was born, but Daurgothoth didn’t really understand the cryptocurrency’s potential at the time. However, Bitcoin eventually conquered this Redditor: “If you truly believe in the core principles of Bitcoin then the free market must be pretty darn important to you. If you believe like I do that the free market is the most powerful than there will be no need for violence of any kind. Our product is vastly superior to anything else on the market today and it can adapt as fast as we need it to, so we will win.”

This Bitcoiner then revealed he was planning to become fiat free by 1st January 2015. “It is time for me to embrace plan B. Yesterday I announced my intention to completely cut myself off from the fiat money system by January 1st, 2015. I will get paid in Bitcoins, I will pay my bills in Bitcoins. I will invest in Bitcoins and I will secure my own Bitcoin investments.”

We wonder if he did it! 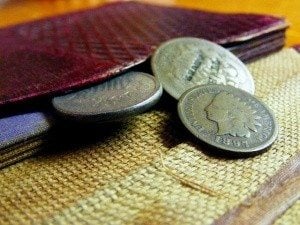 “I first got in to Bitcoin in 2012. One Bitcoin was worth $4 at the time. I immediately got hooked and knew Bitcoin would be huge one day. Unfortunately I was also very poor. The most I could afford to buy was $400 worth (100 BTC).” This is how SuperDuperDerp‘s story kicks-off on Reddit.

“The price didn’t move much, so I stopped checking after a couple weeks. When I came back to it a month later, the price had steadily increased to $8 per coin. Surprised at my small windfall, and thinking it was too soon for Bitcoin to really take off, I sold all 100BTC for $800 and planned to buy in again when the price went down.” However, he never did it. “I watched it climb and climb until I finally bought back in around $100, netting me 8 BTC.

“I let my feelings get the best of me and panic sold/bought a few times during the 2013 turmoil, and most recently had to sell a few BTC as I was in dire straights,” the Redditor adds to his or her story.

“Now I have a little over 2BTC and am marginally better off than I was in 2012. I like to believe that if I had been financially comfortable in 2012 I would have bought a chunk of BTC to save long term and wouldn’t have been so quick to sell. But who knows? It takes money to make money.” 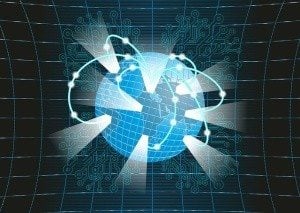 The Redditor sovereignlife shared his story on Reddit when he was 65. A few years earlier, he purchased his first BTC when they were just $6 and completely surrendered to the powers of cryptocurrency.

“I believe this [Bitcoin] is the future. I also know this is the greatest freedom technology developed in my lifetime, and I’m thrilled to see the progress and development in this space.”

All this reinforces the ideas in a book I read in 2000, Sic Itur Ad Astra (This is the way to the stars), by astrophysicist Andrew Galambos. He asserted that freedom would never arrive via the ballot box, through revolution, protesting or violence, but via technology and the free market.

Now, just 14 years later, I see the truth of Galambos’s words, that technology and the free market are delivering what was hitherto impossible – freedom for mankind.

This Redditor claimed he was “thrilled to live in such a time in history, to witness the transformation in how young people think – and hopefully to see a great deal of freedom in what remains of my own life.” 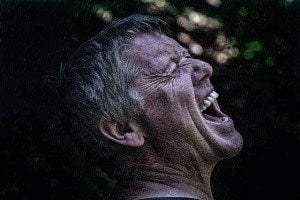 In 2010, Italian Redditor Rengade – who identified himself as Guido – found out about Bitcoin and mined a few. However, because he wasn’t expecting cryptocurrency to grow so much, he kind of forgot his digital coins and ended up losing them when he bought a new PC and a new hard-drive.

However, in 2014 Guido noticed the increasing price of Bitcoin and remembered about his cryptocurrency. “I was shocked how a small virtual coin mined by computers could have reached that amount of money. I had some Bitcoins and searched all over, but nothing, not a single 0.000000001.” He then tried investing some money, but with no success or big profits.

“Since that day i regret every single minute of my life,i could have change it forever, helping my family and my friends. I never thought about being a millionaire and I don’t want to, but – damn – 20€ in 2010 and now my life could have been different. I cannot sleep (…) and now i’m seeing a psychologist to help me out, but nothing. I keep regretting every single moment.”

At this point, things start getting even darker for Guido. “I’m so bad at decision making that I can’t even end my life.”

“I’m addicted to those numbers in the wallet. (…) No one seems to understand me, they just tell me that ‘life goes on’, but it’s not true. How can my life goes on with this kind of suffering? I don’t even know why I’m writing here to strangers, but I probably need someone who can convince me that life really goes on, that missing the [Bitcoin] train could be the sign of something else. I don’t really know I’m not here to beg for Bitcoins, I’m trying to find some emotional help because I can’t really keep on living.”

Redditor cryptocomicon took to Reddit very recently to share his success story. “Several years ago I watched Bitcoin climb from $20 to $256 and then crash. I wanted to buy during the run up, but could not pull the trigger. After the crash I waited to see if Bitcoin would die, but it did not, so I read the whitepaper and was immediately hooked.”

This Bitcoiner then started accumulating when BTC was around $95, stopping when each crypto-coin crossed above $330. Cryptocomicon thensold about 1/4 of his position on the rebound at about $1,020, after the $1,200 spike. “At that point I owned about 220 BTC free and clear.”

“I’ve been accumulating, mostly in the 220 – 280 range during this extended correction. Bitcoin is 2.6 percent of my net worth. Home equity is 70 percent, gold bullion 16 percent and silver bullion is seven percent. Of these I see the home equity as by far the most risky.”

And this is where cryptocomicon changes his tone from telling his story to promoting Bitcoin as a reliable investment. “To those who are skeptical about Bitcoin I simply show them the charts and say: why has Bitcoin not died? I was at one of the early talks for Andreas A. He said that Bitcoin will either be worth nothing or worth a lot. I agree.”

Now, this Redditor sees Bitcoin in the mainstream news every day and he knows that most of the wealth out there is an illusion. “When the next financial crisis hits, people will be confronted with a critical need to sort out what wealth is an illusion and what wealth is real. I expect Bitcoin to come out of this chaos as a huge winner.”