Skip to content
You are at: Home » News » 4 Most Popular Posts on BitcoinTalk

I wondered what are the most viewed and discussed threads were on BitcoinTalk. So I went over to the forum and filtered the main “Bitcoin Discussion” section for “Views” and “Replies”. The result are some of the more epic stories in Bitcoin’s evolution.

Hal Finney, perhaps the first person besides Satoshi to really throw his weight behind Bitcoin. He’s also one of those few unfortunate people who suffer from ALS, or as it’s more commonly known, Lou Gehrig’s disease. His story of Bitcoin, as you may have guessed, is one of both tragedy and triumph.

Mr. Finney is a cryptographer and while many of his peers rejected Bitcoin when it first started circling around the web, he quickly became excited. Indeed, it is believed that Hal was the first person to participate in a Bitcoin transaction when Satoshi sent him ten Bitcoins to test out the system.

Interestingly, Hal only ran Bitcoin for a few days, using his computer to mine them. He found that the mining process was making his computer run too hot, so he shut off the program and more or less forgot about the coins. He didn’t discard the coins but instead let them sit on his hard drive.

In 2009 Hal, then in mid fifties, was in the best shape of his life. His Bitcoins were gathering dust on his hard drive, but Hal was preparing for a marathon, running twenty plus miles per day. And that’s when he found out about his condition. Lou Gehrig’s disease causes people to essentially lose control of their muscles and fully paralyzes them.

Hal didn’t think much about his Bitcoin until late 2010 when he found out that Bitcoin was worth money he pulled his coins into an offline wallet and decided to hold onto them to give to his heirs one day.

Sadly, Hal is now paralyzed, using a motorized wheel chair and eye controlled devices to get around. He also has to use a voice synthesizer. But where many of us might crack, Hal has remained a positive outlook on life. He’s still holding onto his Bitcoins and he’s still involved in programming and other things.

BitcoinTalk readers were truly inspired by the story and some even think that Hal may be Satoshi himself. Read the full thread.

One of the most popular Bitcoin forum threads is entitled “I’m Kevin, here’s my side.”  As intriguing as that title is, the end tag line might be even better: “*flame suit on*”. As you’ve probably already guessed, this is a pretty interesting and controversial thread.

You’re going to have to bear with us because the story itself is pretty complex. So buckle up!The thread started with a sort of public release to explain an incident on Mt. Gox in which a man, Kevin, was able to get millions of dollars worth of Bitcoins for a fraction of the price.

Back on June 20th of 2011 someone for an unknown reason decided to sell off over 250,000 Bitcoins on Mt. Gox and didn’t set a minimum sell. It is believed that the Bitcoins being sold were stolen by a hacker who had amassed them and then sold them off en masse. Why and for what purpose still remains a mystery to this day.

When someone placed a sell order on Mt. Gox, the system would go through every buy order and satisfy it, starting with the highest bid and moving down until the minimum price is reached. In this case, the sell order was for the hundreds of thousands of Bitcoin and had no minimum price set.

Given the sell order’s massive size, it quickly met all the demand for higher end buy orders. Meaning everyone who wanted to buy the Bitcoins at or near the market rate had their orders fulfilled. A clever trader, “Kevin”, noticed that there was a huge amount of Bitcoin buy orders for 1 cent. So he basically bid 1.1 cents and offered to buy as many Bitcoins as possible.

When the sell order reached Kevin’s bid price, he was able to buy nearly 260,000 Bitcoins, all for less than $3,000 dollars. This was only a tiny fraction of the market price before the massive sell order was placed and Kevin secured millions of dollars worth of Bitcoin for only a few thousand dollars.

Kevin then withdrew about 650 bitcoins and left the rest in his Mt. Gox account. This immediately set off a firestorm. Some people thought Kevin was the hacker who stole the Bitcoins in the first place. Others thought he was simply in the right place at the right time. Most believed he was innocent, but also in possession of stolen goods and should return them.

In the end, Mt. Gox kept most of the Bitcoins and reversed the trades. The damage in was somewhat limited and the hack forced the Bitcoin community to focus more on security.  Read the original forum thread.

#2 – The first reported major theft of Bitcoins (1st most viewed)

Back in June of 2011 Bitcoin forum user Allinvain woke up to discover that someone had hacked 25,000 Bitcoins, then worth about $500,000 dollars, now worth about 16 million! The mind blowing part is that Allinvain noticed that his Slush Pool account had been hacked, and even then decided not to try to move or secure his Bitcoins.

Allinvain quickly reached out to the Bitcoin community, but found out what most of us already know: a Bitcoin stolen is a Bitcoin lost and there’s not much you can do to get it back. Allinvain admitted that it was his own carelessness that resulted in the tragic theft but losing a half million dollars is a tough way to learn a lesson.

This appears to be the first case of Bitcoins being stolen. Forum users began to brainstorm ways to protect Bitcoins, such as encryption methods, storing Bitcoins on dedicated operating systems (such as Linux on a flash drive),and other things. Many similar ideas would later be used to found many of the protection services offered to this day.

The heist, while terrible for Allinvain, did have some positive effects on Bitcoin. For one, people started to take security seriously. Yeah, it’s mind blowing that people would store thousands of dollars on unsecured computers but they did then, and many probably still do now. Two, it did garner the currency a lot of attention, and as they say, no publicity is bad publicity.

As many commenters on the forum noted, the story was bound to repeat itself over and over. And sadly it has. For whatever reason, people are slow learners and still continue to store vast amounts of Bitcoins in single wallets, often on computers connected to the Internet. Mt. Gox itself was also using lax security when it got hacked. Read the full thread.

Amazingly enough the most replied to thread on BitcoinTalk was posted just 3 weeks ago (June 22nd 2014). The thread is an ARG puzzle which holds within it’s answer the private key to a 3.5BTC prize (at the time of posting worth around $2100).  In just 15 days this thread has amassed more than 2200 comments of people desperately trying to solve the puzzle.

The idea is that the puzzle start with a main image (posted below) and then hints are spread out different Internet mediums (Twitter hash tags, Reddit posts etc.). It took 2200 comments to solve the puzzle and the winner was a BitcoinTalk user named “GateKeeper“. The original poster (OP) posted this under a fake username and remain anonymous. Here’s a link to the complete solution of the puzzle (it’s 32 pages long). 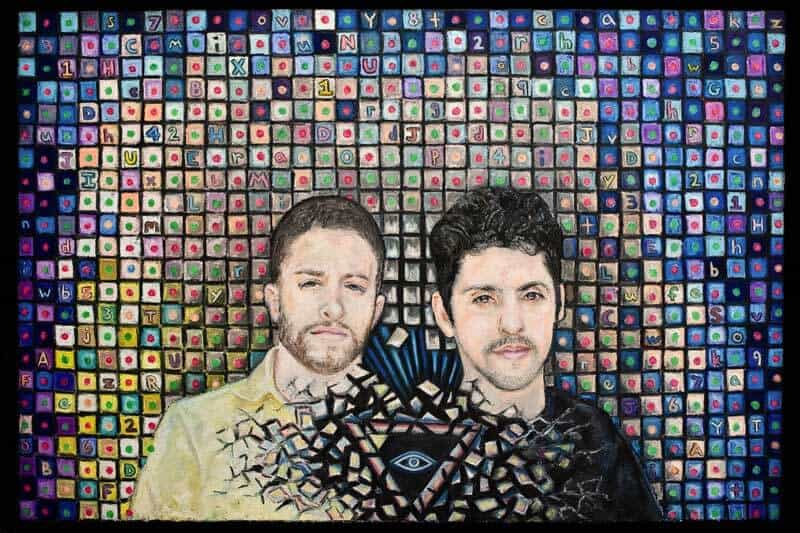 10 comments on “4 Most Popular Posts on BitcoinTalk”