Skip to content
You are at: Home » News » Your Bitcoins can help the Shire Sharing to provide a happy Thanksgiving to people in need

There’s a small charity in New Hampshire (United States) called Shire Sharing that, once a year, makes a lot of families happier. The group, created by Amanda Bouldin, provides Thanksgiving meals for the needy through donations and accepts Bitcoins.

Although the association has just one big event per year, they also organize other smaller projects like fundraisers for the New Hampshire Food Bank or food drives for needy local families during the rest of the year, Bouldin explained in an interview published by Bitcoins Not Bombs. 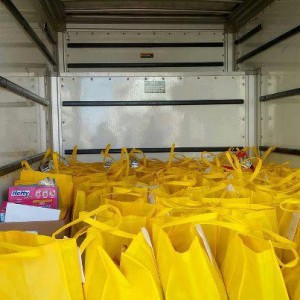 The Shire Sharing currently gets donations from all over the country, but the majority of the support still comes from local liberty activists. The group then finds the families who need help through institutions like the Lutheran Social Services and Friends of Forgotten Children.

And what has Bitcoin changed for the group when it comes to donations? “Since the price of Bitcoin is destined to go up over time, it’s an easy way for me to hold donations long-term without much of a security risk while somewhat side-stepping that whole inflation thing”.

“Furthermore, I believe people who’ve been holding onto BTC for a while are apt to donate more in BTC than they would in FRNs [floating rate notes] because they bought them for far less than they’re currently worth”, Amanda added during the interview.

The project was launched in 2011, when Shire Sharing managed to offer a Thanksgiving meal to 52 families. Then, in 2012, the donations exploded and the group was able to help 196 families. The association hopes to make even more families happier this year.

Shire Sharing has gathered a little more than $1,400 so far, but there are still 39 more days of fundraising ahead. If you want to help, you can send your Bitcoin donation to their address – 1CBr5J9vPMVzf5S22vdMUXkcLw8p4w7JgU – or go to their website.