Skip to content
You are at: Home » Coinbrief » Altcoin » What is Myriadcoin? How is Multi-Algo Mining Special?

Myriadcoin is a rather unique currency that was released in February 2014.  Unlike most digital currencies, such as Bitcoin, Dogecoin, or Litecoin, Myriadcoin does not use a single hashing algorithm.  It is even different than Darkcoin, and the other X algorithm based cryptocurrencies, as Myriad not only uses 5 different algorithms, but they are all mining concurrently.  This feature gives Myriadcoin incredible resilience, and is one of the core features highlighted by it’s proponents.

The 5 algorithms are:  Scrypt, SHA256, Qubit, Skein, and Groestl.  Each of these algorithms has it’s own unique requirements, mining programs, and abilities.  Myriadcoin is setup to allow each of these algorithms to solve a block in their own way, and in doing so, add it to the block chain, and generate the next block.  In order to do this in a way that keeps any single algorithm from gaining dominance, the Myriadcoin developers have implemented them in a simple, yet ingenious, way.

Each algorithm has a target of 2.5 minutes, and has it’s own difficulty.  That means that no matter how much the hashing rate rises for a single algorithm, the rate at which coins are produced by that algorithm remains the same.  Due to this setup, it quickly becomes inefficient for any single algorithm to be bloated with large amounts of hashing power, and the network as a whole maintains a block time of ~30 seconds.  In a way, this gives Myriadcoin a strange resistance to ASICs, as an ASIC for any individual algorithm would be no more effective than a traditional hashing machine using one of the algorithms that does not have ASICs available. 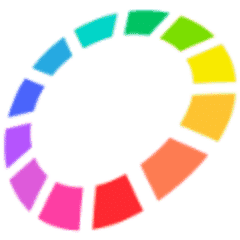 The 5 algorithm method makes a 51% attack vs Myriadcoin very difficult.  In traditional mining, such as Bitcoin Mining, a 51% attack is, in theory, simple.  If an individual, or group, were to gain 51% of the hashing power, then the miner(s) could initiate a 51% attack.  In the 51% attack, the attacking miner(s) could block transactions, by preventing certain transactions from gaining confirmations, and more nefariously, could double spend coins by reversing the transactions during the blocks they control.

Most recent 51% attacks were accomplished by attacking small SHA256-based coins with a large number of ASICs, as Bitcoin’s mining hashrate, and difficulty, is so high that it is not an easy target. This may be an issue for more Scrypt coins in the future, as Scrypt ASICs are now available, with GAW Miners,  KNC, and a few other competitors, pumping them out at an incredible rate.  This is significantly harder with Myriadcoin.

As each algorithm controls only 20% of the network, a 51% attacker would need to control an average of 51% of each algorithm to successfully attack the network.  For example, if someone brought in enough ASICs to capture 80% of both SHA256 and Scrypt, which would be very difficult on it’s own, that would still only amount to 32% of the overall network.  The remaining 19% would need to be carved out of the Qubit, Skein, and Groestl algorithms, and there are no ASICs in development for any one of those.

The logistics, and cost, of obtaining, organizing, and maintaining such a varied group of mining machines in order to perform an attack such as this makes it very unlikely.  I highly doubt there is any group with the capability to effectively pull this off.  Beyond that, the cost would make it prohibitively expensive, with no chance of using such an attack to profit in any way.

What About Merged Mining With One of Myriadcoin’s Algorithms?

That has recently been discussed by the developers of Myriadcoin, and it seems to be in the works at the moment.  Again, as each algorithm is only responsible for 20% of the total block-rewards, Myriadcoin mining can be setup for merged mining, via Multi-vPOW, in a way that is actually much more viable than for other cryptocurrencies.  Generally, with a single algorithm, merged mining causes one coin to dominate the other.  The multi-algo setup of Myriadcoin makes it much more balanced.

Are There Any Other Important Details About Myriadcoin?

Myriadcoin had no premine, has a block reward of 1000 MYR, and it’s maximum possible coin supply is 2 billion.  The coin has had ups and downs in it’s value, but the unique technological aspects of this currency make it quite valuable in my personal opinion.  It may not have the Bitcoin’s price, or the anonymity of Darkcoin Darksend or Dark Wallet, but neither of those are the focus of this coin.  The developers behind Myriadcoin have a clear plan, and are very driven, which is necessary for a cryptocurrency to truly succeed.

I cannot say what will happen in the future, but I would suggest keeping an eye on Myriadcoin.  I know I will.

3 comments on “What is Myriadcoin? How is Multi-Algo Mining Special?”