Skip to content
You are at: Home » News » Weekly Round Up: Santander studies Bitcoin, Demandware adopts BTC payments and more

Welcome to Bitcoin Examiner’s latest weekly round up with all the most important news of the last days.

The Bitcoin charity BitGive Foundation has just received an official IRS status that turns the institution into the first tax exempt cryptocurrency-related charity. This is big news for the foundation, which is also kicking-off a new fundraising campaign with the help of BitPay, Xapo, LibraTax and Roger Ver, among other companies and personalities.

A little over a year after its founding, BitGive – a foundation that raises funds for public health and environmental causes – becomes “the first Bitcoin nonprofit organization to receive a 501 (c) (3) approval”.

Korean bitcoin exchange Korbit has raised $3 million in Series A funding led by SoftBank Ventures Korea and Pantera Capital, with participation from BAM Ventures, and returning investors Bitcoin Opportunity Corp., Tim Draper, Pietro Dova, and Strong Ventures. The startup told TechCrunch that it will use its Series A to improve the quality of its products and services and make additional hires.

Korbit competes with Coinbase and Bitpay but differentiates with services that are localized specifically for the Korean market. Last April, Korbit, which also offers bitcoin wallet and merchant processing services through Korbit Pay, launched the first bitcoin-Korean won exchange.

The Santander Group, which owns the largest bank in the Eurozone by market value, has ordered a new Bitcoin-related study that will analyze the potential impact of cryptocurrency on the banking industry. The document, which will be produced by the consultancy firm Yegii, will also ”devise a strategic course of action” regarding the growing popularity of digital money in Europe.

The Spanish banking group was founded back in 1857, but it is certainly not ready to turn its back on an innovation like cryptocurrency. According to Trond Undheim, the founder of Yegii, the consultancy agency was approached by Banco Santander’s head of corporate development, Julio Faura, who requested the study.

Students at the Burnaby Mountain campus of Simon Fraser University in Canada could soon have the opportunity to pay for on-campus purchases with bitcoin, if officials at the University give a pilot project a seal of approval.

As soon as this upcoming fall semester, students may be able to pay for things like food and books using digital currency, which could even open the door to bitcoin ATMs being installed on the campus down the line. 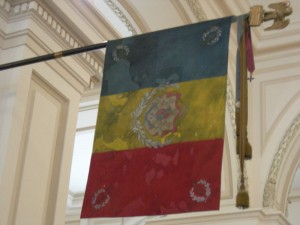 The Bitcoin Foundation has a new affiliate in Romania, the first in Eastern Europe. Although the chapter affiliate Fundatia Bitcoin Romania is not the first in the continent – it is actually the fourth in Europe after Denmark, Germany, and the Netherlands -, it is certainly the first in this region.

The new affiliate has the same goals as the previous members of the programme: to educate the public on the benefits of Bitcoin, and help spread the adoption of the digital currency among merchants.

Banking survey: 65% of US consumers ‘unlikely’ to buy Bitcoin

A new study suggests that many consumers remain cautious about the prospect of purchasing or using digital currency.

The report was written by the Massachusetts Division of Banks (MDB) in conjunction with the Conference of State Bank Supervisors (CSBS), who canvassed more than 1,000 consumers with an online survey that focused on digital currency. The CSBS, which is a national organization of bank regulators, previously held a hearing on the topic of digital currency in May.

Demandware teams up with BitPay to offer Bitcoin option 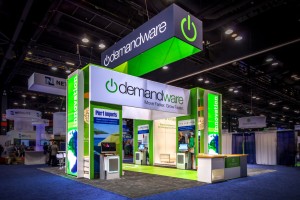 The leading cloud commerce solutions provider Demandware has just teamed up with the payment processor BitPay. The partnership allows the company to include Bitcoin as a form of payment for all its clients, which means merchants across the world.

BitPay developed a pre-built integration between its payment processing services and the Demandware platform, according to a press release. The goal is to accelerate the adoption of innovative commerce technologies that are complementary to the commerce giant’s platform.

All 70,000 residents living on the Caribbean nation of Dominica will be eligible to receive Bitcoin as part of ‘The Bit Drop’ project, an upcoming collaboration between bitcoin businesses, interest groups and local government officials.

Scheduled to take place on 14th March, 2015, The Bit Drop will feature an island-wide party boasting ‘celebrities, musicians and supporters of bitcoin’, as well as education booths and free giveaways. The event will also coincide with Pi Day, an annual celebration of the mathematical constant ? (pi).

Bitcoin entrepreneur Charlie Shrem has reached a plea deal to resolve US charges that he engaged in a scheme to sell over $1 million BTC to users of illicit online marketplace Silk Road, his lawyer said this week.

Shrem, the former vice chairman of the Bitcoin Foundation, will plead guilty next Thursday in New York federal court to unlicensed money transmission, Marc Agnifilo, his lawyer told Reuters in an email. 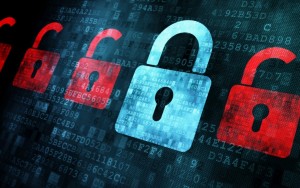 A digital security company announced it has discovered a new malware aimed at Bitcoin wallets and distributed by a group of hackers that is trying to make the most of the current conflict between Ukraine and Russia.

Bitdefender Labs, a firm with public interest in the digital currency market, recently published a report where it analyzes the threat. According to the document, the malware, called Kelihos, was firstly identified four years ago and is now being distributed by the hackers through special software programs.

The Australia-based company’s founder Rick Day told CoinDesk the new exchange will operate with a Commercial Brokerage License, approved by the local government. It has also secured local banking partners for direct deposits and withdrawals in UAE dirhams (AED).