Skip to content
You are at: Home » News » Weekly Round Up: Mt. Gox deals with new debacle, US Postal Service is loving Bitcoin and miners are off the hook in the US

While new major retailers like the German Parfuemerie.de start accepting Bitcoin, the world’s most famous cryptocurrency is being debated in the US as the new hope for the country’s Postal Service. And then there is also the new series of problems affecting the exchange Mt. Gox. We could almost say this is a week of mixed feelings for the Bitcoiners out there.

Let’s go over the newest Weekly Round Up brought to you by Bitcoin Examiner.

A document released this week includes the two rulings. The first one states “that, to the extent a user creates or ‘mines’ a convertible virtual currency solely for a user’s own purposes, the user is not a money transmitter under the BSA [Bank Secrecy Act]“. The second one claims that “a company purchasing and selling convertible virtual currency as an investment exclusively for the company’s benefit is not a money transmitter”.

Robocoin’s ambassadors can earn up to $10K for each sale

The Bitcoin ATM manufacturer Robocoin is launching its new Ambassador Program, which is gathering commercial representatives around the world to sell and promote the company’s machines.

The rules of the program state the ambassadors are tasked with finding potential Robocoin operators and help them purchase the machine. Promoting the Bitcoin ATM in the local market is also a goal. Each closed sale will result in a compensation of $10,000 for the ambassador, Robocoin guarantees.

Hopkins researchers are creating an alternative to Bitcoin

Inside a drab computer lab at the Johns Hopkins University, a team of researchers is trying to build something that has never existed before: a digital currency that changes hands completely in secret. Its name is Zerocoin, according to The Baltimore Sun.

The untraceable currency is designed to compete with other virtual moneys such as Bitcoin, which are drawing attention as alternatives for businesses and individuals, but also drawing criticism from some who believe they enable money laundering and other criminal activity.

Blockr.io is the name of a new website totally dedicated to parsing and showing Bitcoin transaction blocks in a more “human and intuitive” way.

The webpage, which was recently launched after six months stewing within a private beta stage, has API access and presents all the important statistics, bookmarks and graphs related to almost any digital currency running on ‘bitcoind’ fork. According to the team that developed Blockr.io, the project’s purpose “is to bring digital coins closer to the public”.

Winklevosses’ lawyer in talks with SEC over Bitcoin ETF

The lawyer who drafted Cameron and Tyler Winklevoss’s plan for an exchange-traded fund investing in the virtual currency Bitcoin said she is “in dialogue” with regulators over revising the plan, Bloomberg reported this week.

An amended version of the proposal for the Winklevoss Bitcoin Trust, first filed with the US Securities and Exchange Commission on July 1, will probably be submitted within two weeks, according to Kathleen H. Moriarty, a partner at Chicago-based law firm Katten Muchin Rosenman LLP. 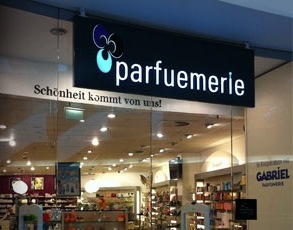 Germany already has a big retailer operating in the Bitcoin world. The giant online perfume retailer Parfuemerie.de started accepting Bitcoin during the first day of February.

The platform, with a “menu” composed of more than 10,000 perfumes and cosmetics products, is currently the biggest merchant to accept cryptocurrency in the European country via the payment processor BitPay.

Parfumerie, a business with more than 40 years of experience, also has over 20 physical stores spread around Germany.

Coindesk reports that California-based accelerator 500 Startups has announced plans to invest in Bitcoin-related companies. The company also trumpeted that is bringing on a high-profile partner to help facilitate that effort: Sean Percival, the former vice president of MySpace and internet entrepreneur focused on consumer marketing.

Bitcoin can now buy you a beachfront luxury apartment in Cyprus 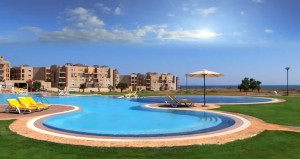 The name “Bitcoin Resort” doesn’t leave room for doubt. You can now use your digital money to buy your very own five-star luxury apartment in the world’s first crypto-friendly Mediterranean beachfront property.

The Thalassa Beach Resort belongs to Kensington Development Group and is located in the Cyprian region of Bafra, on the northern coast of the island.

Coredice.io is the latest addition to the vast ocean of Bitcoin gambling websites. This simple dice game is very similar to SatoshiDice or Just-Dice, but also allows the betting of Litecoin and Namecoin, according to Cryptocoins News. Anyone familiar with Bitcoin dice-sites will find that Coredice.io brings few unique additions to the standard game, but provides them in a very elegantly cool design.

The Bitcoin mining hardware manufacturer CoinTerra claims to have suffered a security breach caused by a malicious attack on its website and email servers. The hack happened during the past weekend and the company cut all access to its website as soon as the intrusion was detected.

The virtual page is currently operating again, after a few hours offline while CoinTerra investigated the attack. “The website has been restored to a secure backup made shortly before the breach occurred and all orders placed before January 31, 2014 are intact. Customers are again able to place orders both via BitPay and wire transfer as normal”, reads an announcement published online.

The attack happens shortly after CoinTerra guaranteed it was ready to ship a batch of ASIC Bitcoin miners. The efficiency wave seems to have been overshadowed by the security breach that might have affected “a small number of customers who paid for their order with Bitcoin between January 31 and February 2?.

The head of a Bitcoin charity has admitted accepting a large anonymous donation even though he strongly suspected it was stolen during a raid on a cryptocurrency exchange, Forbes reported this week.

US Postal Service’s 36,000 offices could host Bitcoin exchanges in the future

The United States Postal Service (USPS) is considering adding cryptocurrency exchanges to its range of services. The Office of Inspector General recently organized the online forum entitled “Virtual currencies: exploring a potential role for postal operators”, which was attended by representatives from the Universal Postal Union and World Bank, among others.

Together they explored the possibilities Bitcoin can bring to post offices around the world and discussed if the current post offices could work as exchanges using physical locations or if the service could color the coins in order to hold Bitcoin’s value.

Book your dream hotel with Bitcoin at CheapAir.com

More than 200,000 hotels spread across the planet are now available for Bitcoiners who want to book their vacations through the online travel agency CheapAir.com.

The platform’s crypto-adventure began back in November, when the website started accepting Bitcoin as a payment option for plane tickets and the results couldn’t be better, so the company decided to add its hotels list to the experiment. Jeff Klee, the company’s CEO, claims that CheapAir.com conquered several new clients due to the addition of the new payment method.

BiT Capital, a Canadian bitcoin investment firm, has committed up to $10m in seed funding for BitAccess, an Ottawa-based bitcoin ATM startup, according to Coindesk. Although the funds will be invested gradually over the next one to two years, the commitment itself represents one of the largest early round investments yet into a Bitcoin-related venture.

The Japan-based cryptocurrency exchange Mt. Gox has been having problems with transactions and withdrawals over the last week, which are now affecting hundreds of customers.

Once the biggest exchange in the Bitcoin ecosystem, Mt. Gox currently occupies the third position in the podium, but this chain of events could ultimately ruin what is now left of its reputation. Since the last days of January, the clients’ Bitcoin withdrawals have left their accounts, but most of them never received the money.

In some cases the exchange informed the clients that the transactions failed, but the word “disappearance” is also being used to describe what is happening to the withdrawn BTC. Mt. Gox has so far amassed more than $38 million in over 41,000 unfulfilled withdrawals.

In the meantime, the exchange asked its clients to put all withdrawals on hold. “In order for our team to resolve the withdrawal issue it is necessary for a temporarily pause on all withdrawal requests to obtain a clear technical view of the current processes”, reads a new update published this Friday (7).

The tech-savvy city of San Francisco, in the United States, is getting ready to welcome a major Bitcoin-related event on March 25th and 26th. The invitation-only CoinSummit San Francisco will connect entrepreneurs, investors and hedge fund professionals from the world of cryptocurrency with the help of several well-known names.

The Yerba Buena Center for Arts is the place chosen to hold the event, whose program is a list of true Bitcoin stars.