Skip to content
You are at: Home » News » Weekly Round Up: More Bitcoiners buying drugs online, ShapeShift leaves New York and more

Welcome to 99Bitcoins’ latest weekly round up. The most important news of the past week in one place! 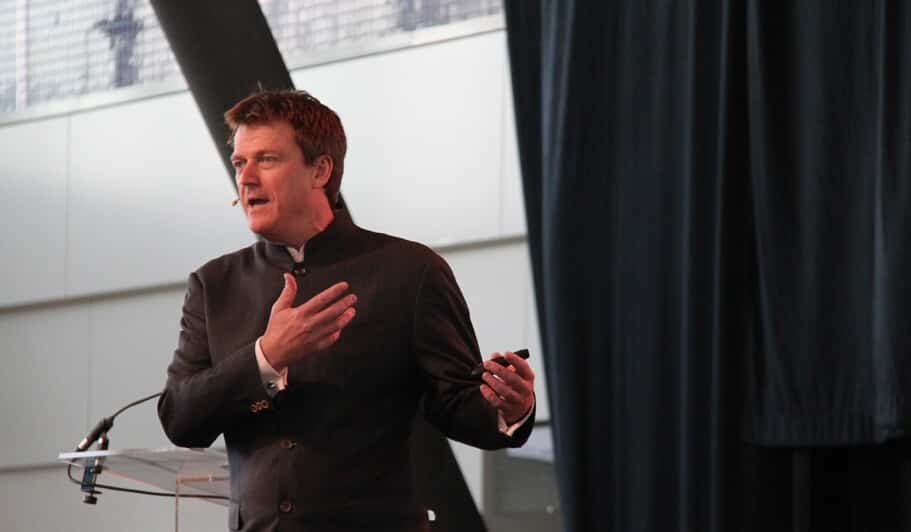 Patrick M. Byrne, the CEO of Overstock.com, made the news on Monday (8th) after purchasing the world’s first cryptobond for $500,000.

Byrne’s Utah-based e-commerce empire just launched a new platform called TØ.com, which will offer $25 million in private digital bonds using Bitcoin’s blockchain and the Open Assets protocol. The cryptobonds will be traded on an online distributed ledger protected by cryptography.

After a year of testing, BitPay has launched, Copay, a secure and shared Bitcoin wallet. BitPay advertises Copay as a “true” Bitcoin wallet rather than an online account, securing users’ personal funds with the option of multi-sig.

On BitPay’s official blog, the company says that Copay is an outcome of the efforts put towards the goal it set for itself one year ago. BitPay aimed to build a Bitcoin wallet secure enough for the company’s own funds. BitPayclaims that when customers use Copay, they completely control their money. Copay users get secure, future-proof backups that allow access to Bitcoin all the time — without any requirements from a bank.

My life inside a remote Chinese Bitcoin mine

Living three months in a place where you have to travel 10km to reach the closest store might be inconceivable for a modern city dweller. For me however, being face-to-face with nature, plus the chance to witness some sort of modern alchemy, holds irresistible appeal.

When the chance came, I didn’t hesitate. A four-hour flight and eight-hour drive later, long after I lost count of the tunnels and bridges I passed, I arrived in HaoBTC’s multi-petahash Bitcoin farm, nestled in the mountains.

Of all Bitcoin web-wallet providers as listed on bitcoin.org, Blockchain.info, Coinbase and Xapo are in favor of raising Bitcoin’s block size limit from 1 to 20 megabytes as advised by Bitcoin Core developer Gavin Andresen, while Coinkite and GreenAddress have come out against the proposal.

This means that Bitcoin’s major wallet providers based on venture capital investments as well as the total amount of users – Blockchain.info, Coinbase and Xapo – all agree on Andresen’s proposal to raise the maximum size of Bitcoin blocks to 20 megabytes. But with Coinkite and GreenAddress opposing the idea, an industry consensus remains out of reach.

Erik Voorhees and his team just launched a new tool that might change the cryptocurrency game. Or, at least, make it a lot easier to play. The Bitcoin entrepreneur announced the release of the first iOS-friendly cryptocurrency trading app.

The application, developed by Voorhees’ startup ShapeShift, is the first iOS cryptocurrency converter currently available in the App Store. It allows the users to exchange BTC and 34 other digital currencies with a simple tap, eliminating the need to create an account on a Bitcoin exchange.

Estonia’s LHV Bank has backed a project to create a financial services platform and money-transfer app that will utilize Bitcoin to facilitate transactions.

The Cuber Wallet app, which is available on both Android and Apple devices, enables users to send and receive euros instantly and free of charge. The experimental system uses the Bitcoin blockchain by way of colored coins, according to the bank.

“Bitcoin adoption in Venezuela will explode any time now,” one early cryptocurrency adopter in the South American nation confidently predicts. Bitcoin experts argue that the worse an economy is, the more interest there is about the digital currency’s benefits – and Venezuela is a strong candidate for the next Bitcoin boom.

Stringent controls on access to foreign currency and runaway inflation – last week saw a sudden jump in the unofficial dollar rate to Bs. 400 per dollar – have led to the number of Venezuela’s Bitcoin users doubling since 2014, according to data provided by Bitcoin Venezuela.

Blockstream has announced it will release an open source codebase and testing environment for its signature sidechains project.

Called Sidechains Elements, the launch is the first major release for the Bitcoin startup since it published its white paper last fall. According to Blockstream, the code will allow community developers to experiment with sidechain functionality, with initial features allowing users to transact and issue digital assets.

It looks like the controversial shutdown of the illegal marketplace Silk Road in 2013 didn’t scare away most online drug buyers. On the contrary, online drug sales have grown 13% in one year, according to the 2015 Global Drug Survey.

The survey polled 100,000 people from over 50 countries and found out that a growing number are buying illegal substances online through deep web-based illegal marketplaces that trade in Bitcoin.

Mastercard says it is safer (and faster) than Bitcoin

MasterCard is taking its case to the British authorities that Bitcoin (and its digital currency brethren) needs additional regulation.

“In the current environment we feel that the risks of digital currencies outweigh the benefits,” the company wrote (in a letter digital currency website Coindesk managed to obtain). The letter was a response to a recent request for information put out by British Treasury authorities.

A senior executive in Australia has reportedly been victimized after the company they work for was pressured by online hackers into paying a ransom in Bitcoin worth $14,000 earlier this year.

According to a report by the Brisbane Times, the unnamed Queensland-based business suffered an internal data theft, which was followed by the ransom demand. The company paid the amount, local law enforcement officials told the news service.

Taiwanese startup Maicoin has launched a system that lets users buy Bitcoin at 10,000 convenience stores in the territory, both over the counter and at in-store terminals.

Maicoin founder and CEO Alex Liu said foreign workers using Bitcoin for remittances would benefit from the over-the-counter service, as it does not require users to have a bank account.

ShapeShift.IO, the Bitcoin startup founded by CEO Erik Voorhees, has decided to suspend its services in the state of New York, saying the company is “not comfortable” with the new state law regulating cryptocurrency.

The final version of the BitLicense was recently released. Following the approval of the BitLicense – which many Bitcoiners consider to be castrating and based on outdated laws -, ShapeShift also released its new iOS cryptocurrency tranding app, the first of its kind that is compatible with Apple’s software.

A tech-savvy US teenager has pleaded guilty to using social media to aid the Islamic State group, a crime punishable by up to 15 years in prison, the Justice Department said.

Ali Shukri Amin, 17, a resident of Virginia, admitted to providing advice and encouragement to Isis and its supporters, US prosecutors said. Under the Twitter handle @Amreekiwitness, the youth provided Isis supporters instruction on using the virtual currency Bitcoin to conceal financial donations.

Russia’s Central Bank may soon allow and regulate transactions in Bitcoin, according to a leading Moscow newspaper. In a possibly dramatic change of attitude towards cryptocurrency, the Russian Central Bank may soon allow P2P transactions in Bitcoin, as well as other operations with cryptocurrencies, according to Izvestia, one of Russia’s leading news publications.

The Central Bank has historically been more open to Bitcoin than Russia’s Ministry of Finance. Next week, they will meet with financial market representatives to discuss how to approach cryptocurrency as a whole in Russia.

OpenBazaar receives $1 million in funding from Andreessen Horowitz and others

The developers behind the OpenBazaar decentralized marketplace project have announced a $1 million cash infusion from Union Square Ventures, Andreesseen Horowitz, and William Mougayar. The money will be used to fund further development of the free, open-source platform for online commerce.

The point of OpenBazaar is to remove the endless restrictions and high fees associated with currently available ecommerce sites and online payment rails. As lead developer Brian Hoffman put it, “the Internet has decentralized communications, and Bitcoin has decentralized money, but online commerce still relies on numerous intermediaries.”

The article talks about the world’s most famous digital currency, listing its pros and cons such as its ability to transform the financial system and its volatility respectively. The latter is a huge weakness, according to the Stockholm-based financial group that serves almost five million companies, institutions and private customers.

Could John Nash, someone who had been at the forefront of mathematical and economic thought into the prospect of ‘ideal money’, be justly attributed credit for the formation of the electronic cash system of cryptocurrency?

He once stated in a lecture: “The special commodity or medium that we call money has a long and interesting history. And since we are so dependent on our use of it and so much controlled and motivated by the wish to have more of it or not to lose what we have we may become irrational in thinking about it and fail to be able to reason about it like a bout of technology, such as a radio, to be used more or less efficiently.”

Balaji Srinivasan, a general partner at Andreessen Horowitz and founder of the research-based Stanford Bitcoin Group, and Jerry Brito, executive director of Coin Center (a startup focusing on public policy issues for digital currency called), discussed Bitcoin for Goldman Sachs in one of their [email protected] sessions.

In Srinivasan’s explanation on why Andreessen Horowitz believes Bitcoin will be the most important technology of this decade, he starts with elucidating that Bitcoin is best understood as a protocol, not paper based money, but, instead, packet based money. A topic that was on the tip of everyone’s tongues, seemingly, was regulation.

Bitcoin’s security risk will “never be reduced to zero”, according to a report released by insurance provider Lloyd’s today.

The 31-page document, commissioned to assess the risks involved in insuring Bitcoin operations, warns that companies will continue to face a “dynamic threat”, regardless of their security practices.