Skip to content
You are at: Home » News » Weekly Round Up: Jon Matonis leads the Bitcoin Foundation, Atlas’ new exchange and the success of the Bitcoin ATM

After a lot of consecutive days going down, Bitcoin’s price is really improving this Friday: it’s now around $97! So, good news in this area and, now, off to another type of news. Here’s your weekly round up, with the most important issues from the last seven days.

Besides welcoming a lot of new merchants to the Bitcoin world – like DinoDirect, Art4Bit or Rivalhost -, we also published a simple guide for the Bitcoin fans that want to become miners.

The praised bill-splitting tool BillPin has recently received its single biggest feature update ever and it now works with Bitcoins. Now, the app can divide a bill in 40 different currencies – beer is also included – and one of them is digital coin. So, the next time you use BillPin, you probably will be able to choose your own currency to divide the bill. You can also “pin your friends for those beers they owe you after a crazy night out”, according to the developers. 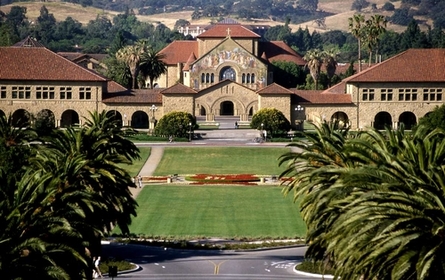 One of the most notorious north-American universities is promoting a Startup Engineering course for young entrepreneurs and the study plan includes the construction of a Bitcoin crowdfunding system. This course will focus on the necessary skills to be an entrepreneur and on the technical skills that must be used during the construction of an online business. After learning all the theory, the students will go on to their final project: build a Bitcoin crowdfunding site, which will feature their own products.

Bitcoin has its eyes on the future: the cryptocurrency will evolve significantly with its v0.9 release. There will be new features, created to increase merchant and customer usability in four particular areas: ease of payment, recurring payments, dispute resolution and immediate-feedback transactions. Check the full article and understand all the changes this new release will bring.

How China has built a Bitcoin empire in just three months

While the world lived a crazy beginning of the year, with Bitcoin’s value skyrocketing – from $13 per coin to $300/BTC in April -, dropping down to around $90/BTC and then stabilizing until this week, when it started going down again, the Chinese keep their cool and built a true empire around cryptocurrency.

This price fluctuation could worry a lot of countries, but not China. In just three months, the small groups of scattered miners have become a huge and organized industry, not to say fruitful. When it comes to cryptocurrency, there’s nothing missing in China, from customized mining chips manufacturers to professional Bitcoin investment services.

Donate your Bitcoins through Flattr

Cryptocurrency is the new option at Flattr, the Swedish startup that helps you manage your donations through some social media like Instagram or YouTube. The company has recently announced they now have partial support for Bitcoin.

This means users can fund their accounts with the virtual currency and distribute the digital coins. In a near future, Flattr, created in 2010, is also considering adding the option to withdraw the donations in Bitcoins too. However, first, they want to attract Bitcoin users.

There might be a new Bitcoin exchange on the horizon, with the company Atlas ATS Inc. kicking off a marketing campaign and fund raising to promote the Atlas Exchange. The New York-based firm has already started collecting donations on the crowdfunding platform Indiegogo and advertising their new project during presentations at public.

According to the company, this platform “will be providing critical and timely support to the Bitcoin economy, which requires proven, mature exchange technology in order to establish the liquidity and stability” cryptocurrency needs.

According to the United Kingdom authorities, Bitcoin exchanges and companies operating in the country don’t have to register with HM Revenue & Customs (HMRC), under money laundering regulations, for now.

After some pressure made by the leading British exchanges, which wanted to know the rules and avoid an episode similar to what’s happening in the USA, the HMRC issued a letter. The missive, addressed to Joel Jean-Luc Dalais, director of the future exchange FYB-UK, confirmed that, at the moment, this is not a problem for the exchanges. However, HMRC also reveals that it’s closely monitoring the cryptocurrency situation.

The Bitcoin exchange Bitfloor is finally refunding its users

The cryptocurrency exchange Bitfloor is finally refunding its users. The platform, which closed in April, has recently started to enable customer withdrawals in US dollars, according to an announcement made via Twitter. The instructions to withdraw the money have been posted on Bitfloor’s official page. Once users log in, they will find all the necessary directions to recover their funds.

“Dragon’s Tale”: play the game with your Bitcoins

There’s a new game that is different from all others and works with cryptocurrency: “Dragon’s Tale”. The title was created by eGenesis, which is launching the beta version of the game this Friday (July 12). According to the company, this title “is the first massively multiplayer role-playing casino [MMORPG]. You’ll find novel games hidden in every plant, every statue, in the water and in the sky. It’s the Disneyland of gambling, and it’s powered entirely by Bitcoins!”. 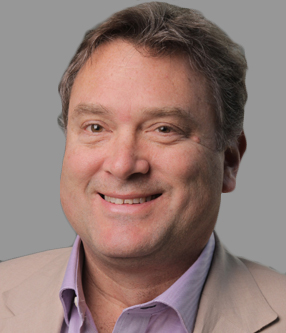 In the past, he served as the CEO of Hushmail and Chief FX Dealer at Visa. Jon Matonis is replacing Peter Venesses, the former executive chief of the institution. After the public announcement, the new director published a statement explaining why he accepted the position and what are his goals. You can read the full article here.

New Bitcoin ATM from Lamassu coveted by dozens of buyers 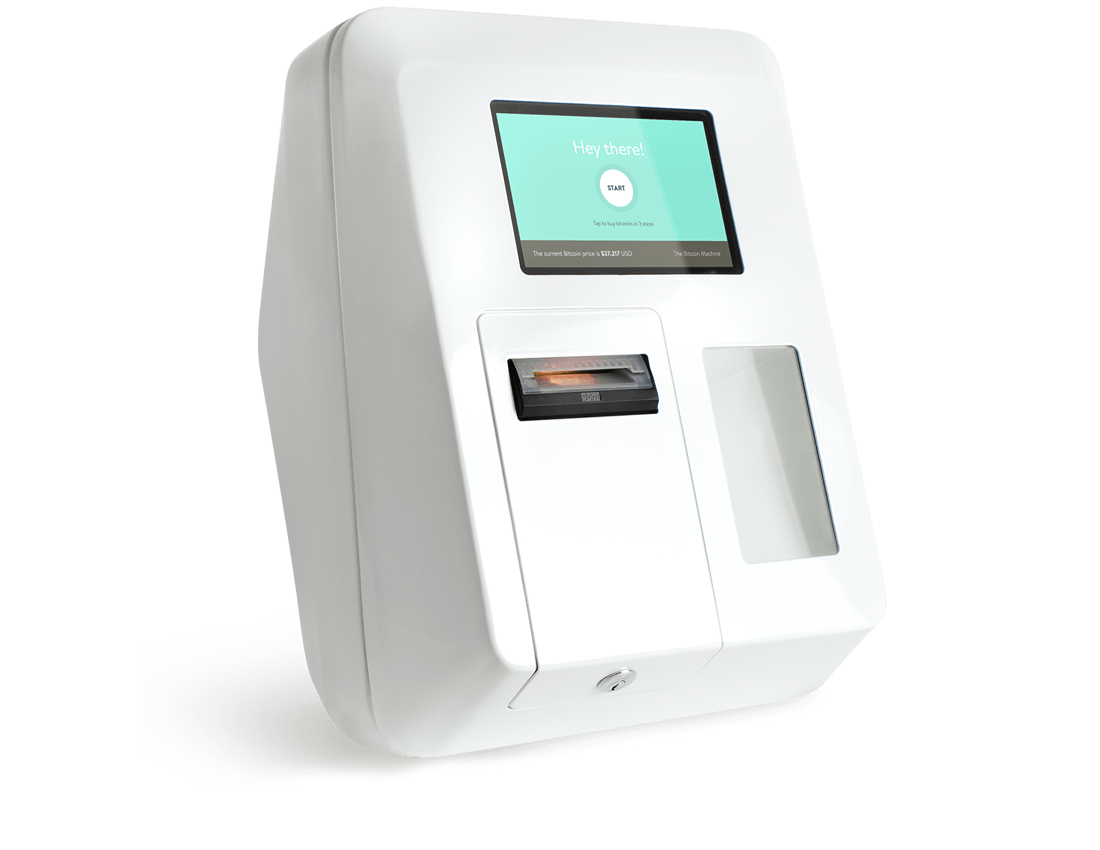 The new Bitcoin ATM machine created by Lamassu will probably arrive in August, if the forecasts are correct, but the device is already a success. The machine allows users to convert bank notes from over 200 countries into digital currency in just 15 seconds and its developers will start accepting pre-orders really soon.

Each device will cost around $4,000, but the price is not scaring any possible buyers. According to the co-founder of Lamassu, the company has received inquiries from the four corners of the planet. “I don’t want to speculate at this point, but we have received over 80 inquiries from more than 40 countries. We are optimistic that we will see our machines in all continents by the end of the year”, Zach Harvey told CNBC.

An easier way to receive emails through your Bitcoin address

B1txr is the name of the new service that allows Bitcoin users to use a cryptocurrency address to securely receive their emails, without a having to provide their real email address. All you have to do to is go to the service’s site and enter your Bitcoin address to create your new “email inbox”.

The website receives your emails and stores them for you. The safety of the service is guaranteed by asymmetric encryption: when you login, you’re required to prove that you own that specific Bitcoin address by signing a string of text provided by B1txr.

Interview with Kenneth Metral, from Coingig 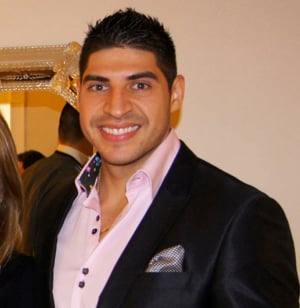 This week, we talked with Kenneth Metral, the CEO of Coingig.com, an online platform for worldwide merchants that want to sell their products for Bitcoins, about the changes that cryptocurrencybrought to e-commerce. Coingig.com is a fine example of evolution: it was officially launched in April 2013 “with just a few users and a couple of products”, but it’s growing more than ever.

In this interview, Kenneth Metral helps us understand how the online Bitcoin market is evolving and how the customers are starting to trust more in this kind of service… and also spending more Bitcoins! Check out the full interview here.

Heml.is raises the necessary funds through Bitcoin and PayPal

Almost three days ago, Peter Sunde, co-founder of the website Pirate Bay, launched the idea of an online communication service able to protect users’ messages from the north-American surveillance technology used by the NSA and other security institutions. The project, called Heml.is – which means “secret” in Swedish – needed to collect $100,000 in donations to launch the service.

Well, forget about the $100,000… After two days, when Bitcoin Examiner published the original article, the team had collected $122,252, donated by 8250 backers. But the value keeps going up: until now, they already have almost $138,000, given by 9444 backers. People can still help by donating Bitcoins or using PayPal and Flattr to transfer other currencies.

If you want to find an online store that accepts Bitcoin, you can now check the latest merchant directory: CoinMade. This community site (free of advertisement) was created by the same Australian team behind the wallet on the go CoinJar.

Adding your online store to the website is an easy process. First, create and account. Then, go to CoinMade, click on the link “submit a new store”, fill in the form and wait for the review to be made. For now, the platform is still in beta, so things might be a little slow. Bitcoin Examiner gave it a closer look and found some familiar businesses on the front page like Coingig.com, Reddit, Flattr, Avalon ASIC, BitPremier or Humble Bundle, just to name a few of them.

Interview with the attorney Marco Santori

The Manhatan-based law firm Nesenoff & Miltenberg LLP recently started accepting Bitcoin as a form of payment, bringing cryptocurrency to a whole new level. The man behind this decision is Marco Santori, who also serves as Chairman of the Bitcoin Foundation’s Regulatory Affairs Committee.

Nesenoff & Miltenberg LLP is accepting virtual currency in exchange for legal services since July 1 and counts with the help of BitPay to manage the payments. Bitcoin Examiner talked with Marco Santori and he answered a few questions about this new welcome relationship between cryptocurrency and one of the leading legal firms in New York. You can check the full article and the interview here.