Skip to content
You are at: Home » News » Weekly Round Up: Bitcoin’s link to euthanasia, FBI’s wallet gets pranked and BitPay has new features

It’s Friday, so it’s Weekly Round Up day at Bitcoin Examiner! While the world of cryptocurrency is still recovering from the Silk Road shutdown and the consequent price fluctuations that affected the virtual coin, we are also moving on to other issues.

Besides following the arrest of the Dread Pirate Roberts, Silk Road’s administrator, we also have been checking out new businesses that now accept Bitcoin like Everyday Eclectic, for instance, and showing you which are the favorite operating systems of the Bitcoiners across the world. But let’s see the other news that made the week!

After the recent launching of the Prospero Bitcoin mining machine and the ASIC “the Minion”, Alex Berk, from the company Black Arrow, talked with 99Bitcoins. The brand, founded in 2010 in Hong Kong, has established its presence in China and now wants to conquer the Bitcoin world with its new and powerful mining rigs and chips.

“We have been fascinated about the concept ever since”, said Berk. The interview went from the current products available at Black Arrow to the future projects of the company. Alex Berk revealed that “as soon as 14nm is available, we’ll release a new ASIC” that will “outperform any other 14nm designs”. Check the full interview here.

Andreessen says that Bitcoin is like the early internet

The Andreessen-Horowitz firm is “optimistic” and “enthusiastic” about Bitcoint, Marc Andreessen told Pando Daily recently. The company is preparing itself to start dealing with cryptocurrency and believes that Bitcoin will ultimately be accepted and regulated in the United States. However, according to Andreessen, the virtual coin will “going to be adopted precisely because it’s not controlled by the government of — pick a country — that has bad policies”. Currently, “the Internet was a little bit like that in the early days”.

A member of the platform Silk Road called Mike Gogulski has set up a defense fund to help Ross William Ulbricht, the administrator of the illegal marketplace known as Dread Pirate Roberts, who was recently arrested by the FBI. “Regardless of the charges, everyone should have a zealous and highly competent legal defense, especially when they face the prison time contemplated in this case”, said Gogulski.

After the arrest, Ulbricht was charged with a range of criminal violations, including conspiracy to commit drug trafficking and money laundering. There are also charges regarding conspiracy to murder. This means that Silk Road’s mastermind faces life in prison, just on the drug charges.

What the Silk Road founder did to get caught

“The rise and fall of Silk Road is the stuff of cinema”, you can read at Motherboard Vice. The site gathered the mistakes that Ross Ulbricht, suspect of running the illegal marketplace Silk Road, did and got him arrested. “Amateur mistakes exploited by a methodical FBI investigation”, writes the site.

BitPay adds 150 currencies and new languages to its Bitcoin checkout 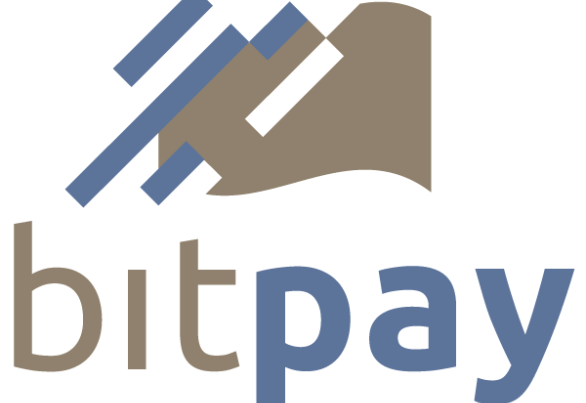 This means that merchants working with international customers can now present the Bitcoin payment instructions in the buyer’s native language, a feature that will be especially important in emerging markets where cryptocurrency is still a new subject. The company has also expanded the list of currencies merchants can use to set prices for their sales. 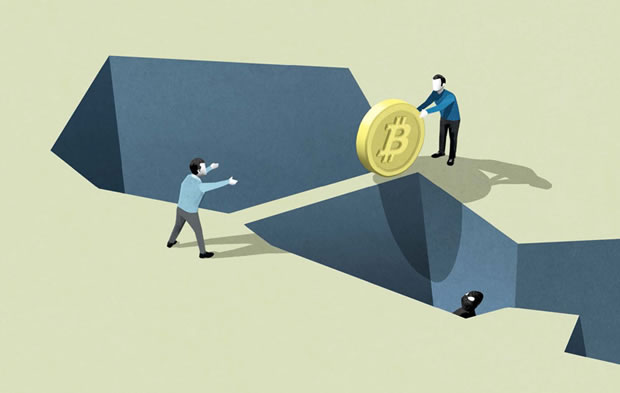 Bitcoin is only a few months away from getting a merchant-friendly payment system, backed into the official Bitcoin client. The improvement has been expected since July, when the core developers announced the introduction of a Bitcoin payment message specification, which recently became a Bitcoin Improvement Proposal (BIP).

After becoming a formal specification at this stage – entitled BIP 70 –, the improvement will soon be here to enhance Bitcoin payments. The good news keeps coming after the core contributor Mike Hearn posted on the BitcoinTalk forum, back in September, that support for BIP 70 and also for two other payment-related BIPs (71 and 72) was being folded into Bitcoin-QT.

Forum BitcoinTalk.org is back up after attack

After a major hack that brought BitcoinTalk.org down, the forum has reopened this week. The platform has been working as usual, but some users are still concerned about the safety of the website’s database.

The forum’s administrator, known as ‘theymos’, announced the exploit had been found and the hole patched, but some Bitcoiners are worried about security flaws that apparently affected the website for the past two years. In the meantime, ‘theymos’ has hinted that the hack could have had its origin in the forum Something Awful. 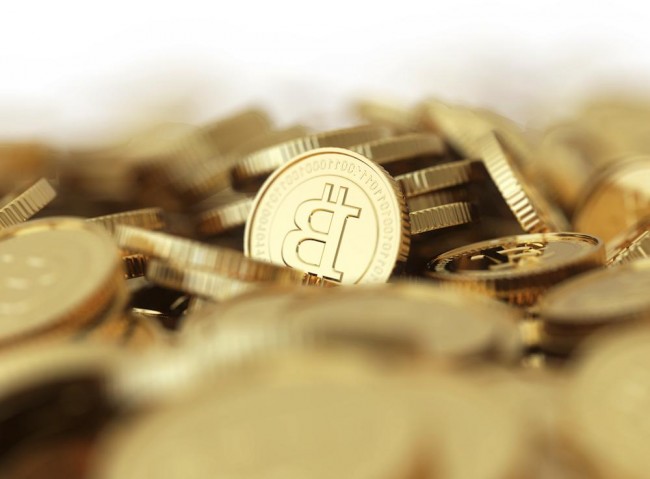 While the North-American federal authorities are still deciding what to do with the 26,000 BTC seized from the illegal marketplace Silk Road, their cryptocurrency wallet was identified and is getting micropayments with very creative messages from some outraged Bitcoiners.

The FBI’s address is getting several payments of around 0.00000001 BTC with “special” messages attached.

Thirteen cities are getting a new Lamassu Bitcoin ATM this week

The startup Lamassu recently experienced an amazing moment, when the company shipped its first Bitcoin ATM to a customer in Atlanta, Georgia (United States). However, after a brief moment of pride and joy, Lamassu focused on the shipments that were scheduled for this week, with the machine hitting 13 cities in four different continents. 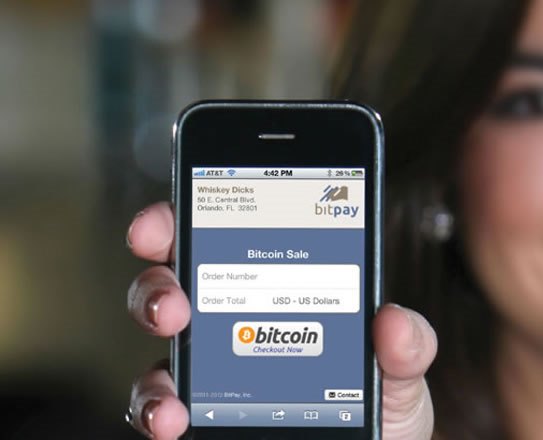 The leading payment processor BitPay is announcing the launching of three new all-inclusive pricing plans based on value and features, not in transaction fees.

From November, the merchants working with the platform will be able to choose a plan with the feature sets they need, which will allow them to process an unlimited number of orders with no transaction fees. All they have to do is make a monthly payment and that’s it. BitPay’s all-inclusive plans are entitled Professional, Business and Enterprise and you can know more about them here.

With the United States in a difficult situation, hosting debates over the debt ceiling for the second time in a few years, Bitcoin can now have a moment of stardom as a major asset class. According to The Genesis Block, this scenario may provide a valuable opportunity to understand Bitcoin’s developing role in the macroeconomic landscape. 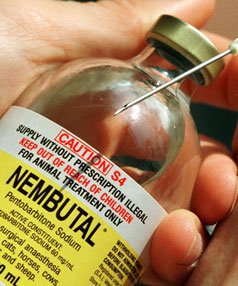 The end of the illegal marketplace Silk Road didn’t just affected Bitcoin itself or the buyers who used to get drugs like heroin and marijuana through the platform.

Apparently, there are cruel side effects that haven’t crossed our minds until now. An Australian doctor called Philip Nitschke announced this week that Silk Road was an important source of drugs used to practice assisted suicide on ill patients asking for euthanasia.

According to Nitschke, some patients in Australia were using Bitcoins to buy the lethal drug Nembutal – used to put animals down – and downloading copies of an e-book called “The Peaceful Pill Handbook”, which provides instructions to practice euthanasia.

UK crime agency seizes millions of pounds worth of Bitcoins

A total of eight suspects of drug trafficking allegedly connected to the illegal marketplace Silk Road have been arrested in Britain, Sweden and the United States. Just in the United Kingdom, the country’s new National Crime Agency (NCA) arrested four people and left a warning: more drug dealers are going down soon.

According to Britain’s Crime Agency, these four arrests were made only hours after Ulbricht was detained. The authorities are now revealing that the suspects were “significant users” of Silk Road and that millions of pounds worth of Bitcoins were seized. Three men are in their twenties and are from Manchester, while the fourth man is in his fifties and is from Devon. Two other suspects were arrested in the United States and the last two were captured in Sweden.

BitFunder.com is closing all activities to United States users 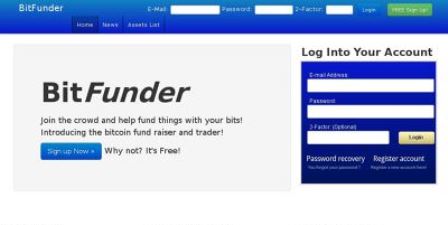 The Bitcoin fundraising and trading platform BitFunder.com is closing all activities to the users based in the United States. The company announced the news through their website, but without providing a real explanation, although it’s easy to guess why they are making this decision, as the country keep applying a strong pressure on every cryptocurrency-related business.

The first part of their announcement says that “as of October 8th [last Tuesday], BitFunder will not accept new registrations from any United States persons or entities”.

The creators of the Bitcoin wallet for Mac OS X, the nicely designed Hive, have news: the team developed a new app that allows the wallet users to easily donate some cryptocurrency to the well-known charity organization Sean’s Outpost, based in Pensacola (United States).

The goal is very simple: help to feed the homeless and support the amazing work done by Sean’s Outpost. Hive’s creators announced the launching of the new app through the BitcoinTalk.org forum and sub-Reddit. “We’ll be distributing it [the app]with Hive starting Monday [October 14th]”, they wrote.

Coindesk wrote about the many in-person Bitcoin exchanges that keep multiplying in the four corners of the planet. From New York City – where the Satoshi Square has drawn as many as 60 people – to Berlin, the world is being conquered by cryptocurrency. 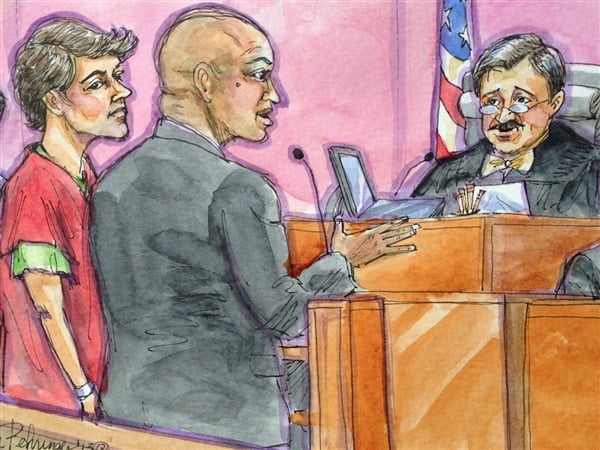 Ross Ulbricht, the man known as Dread Pirate Roberts in the virtual world and responsible for the illegal marketplace Silk Road, is not going to be judged in California, where he was arrested. The US Magistrate Judge Joseph Spero ordered Ulbricht’s transfer to New York during a recent court hearing in San Francisco.

The suspect arrested after the seizure of the illegal platform will be transported to New York “sometime soon”, where he will face criminal charges like narcotics trafficking conspiracy, computer hacking conspiracy and money laundering, said his attorney and public defender Brandon LeBlanc.