Skip to content
You are at: Home » News » Weekly Round Up: Bitcoin is an Internet star, Blockchain buys ZeroBlock and India shows its true feelings

With 2013 almost at the end, we are already thinking about what might happen during the next year. If this was the year of Bitcoin’s “discovery”, 2014 will definitely be the year of its biggest boom.

The retail giant Overstock, for instance, is planning to accept Bitcoin in the second quarter of 2014. In the meantime, we are going to look back and remember what happened in the last seven days. It’s Bitcoin Examiner’s weekly round up.

The Tor Project is now accepting Bitcoin donations, thanks to a partnership with the payment processor Bitpay. The project decided to become cryptocurrency-friendly after receiving a lot of requests during the past year.

From now on, “Bitcoins can easily and directly be donated to support Tor’s ongoing mission of being the global resource for privacy technology advocacy, research and education in the ongoing pursuit of freedom of speech, privacy rights online, and censorship circumvention”.

The Bitcoin platform Coinbase recently announced that its user base had crossed the 650,000 mark, Coindesk reports. The company has grown more than 20-fold over the past nine months. The service started back in 2013 with just 30,000 accounts.

Governor says Bank of Japan is “very interested” in cryptocurrency 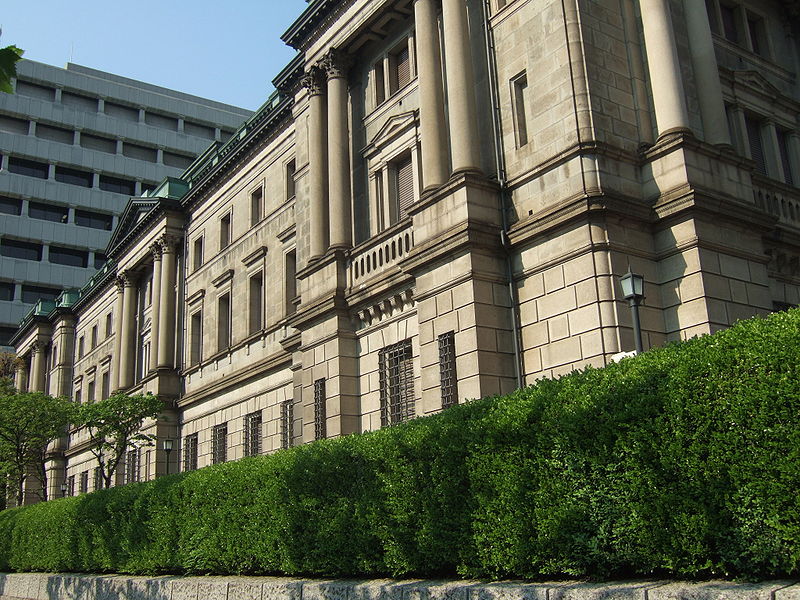 The governor of the Bank of Japan recently said that the institution is “very interested” in Bitcoin. Haruhiko Kuroda talked about cryptocurrency during a news conference.

“Compared to traditional ways of money transfer and existing electronic money, Bitcoin has both similar and different aspects”, Kuroda said about the digital coin that is currently being studied by the central bank’s Institute of Monetary and Economic Studies.

The Vancouver-based Bex.io has received venture funding, according to Coindesk. The company, which has built a Bitcoin exchange platform, has received $525,000 to fund its operations. The round was funded by CrossPacific Capital Partners, with participation from Brian Cartmell and HootSuite Founder Ryan Holmes. Plug and Play and Boast Capital also contributed. 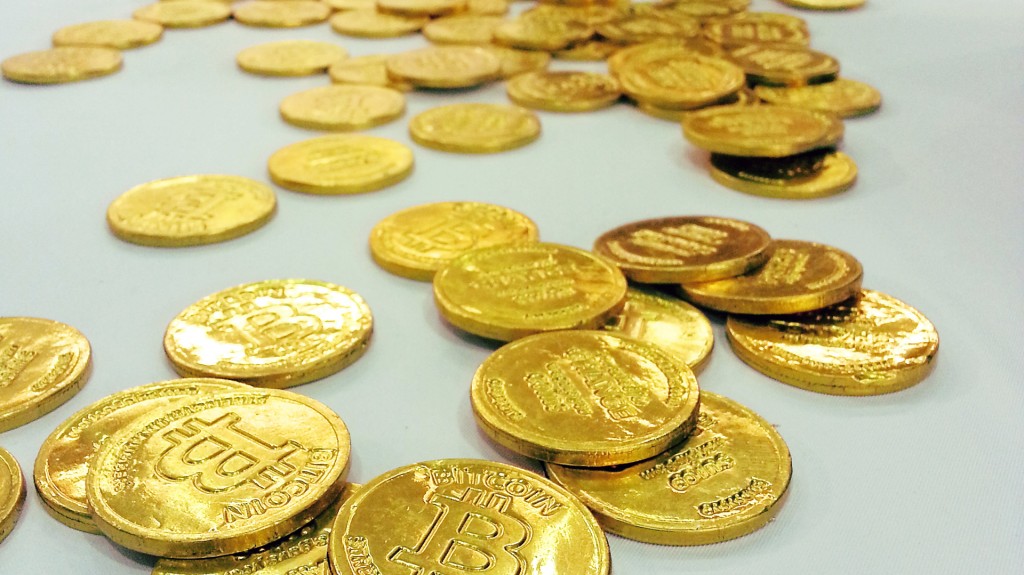 Like with every currency, Bitcoin also has its group of very rich people. However, in cryptocurrency’s case, this group is composed of 47 individuals who own 28.9 percent of all digital coins.

The numbers were revealed by the Finnish entrepreneur Risto Pietilä, based on Blockchain data exposed on the site Bitcoinrichlist.com.  According to the numbers, a small group of 47 people owns 28.9 percent of all Bitcoins, which are approximately 12 million so far.

Bitcoin poker site ‘Seals with Clubs’ has confirmed that its database was compromised, although it failed to mention that it lost 42,020 hashed passwords in the process, according to Coindesk. The hashes were posted to a forum some 24 hours earlier. 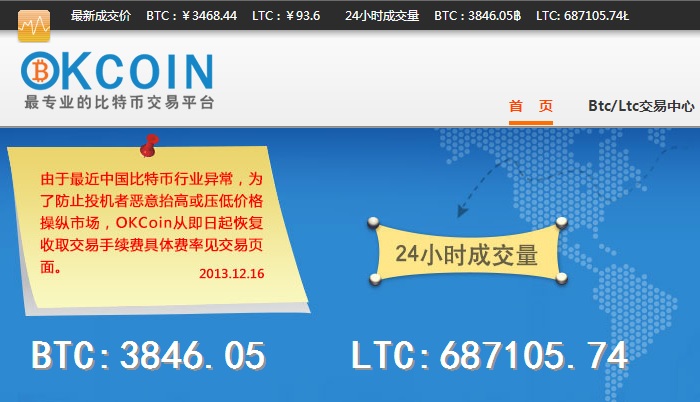 The Bitcoin exchange OKCoin, considered the second largest Chinese crypto-platform in volume after BtcChina, is being accused of faking its trading volume data. The suspicion comes after the People’s Bank of China recently decided to forbid all connections between cryptocurrency and the country’s banks, as well as third-party payment services.

Despite the fact that OKCoin had to suspend its activity, the exchange trading volume remained strangely high, even while Bitcoiners sold the content of their wallets and the buyers couldn’t make deposits in their accounts.

Businesses in Singapore are free to transact in Bitcoin

The Monetary Authority of Singapore (MAS), the country’s central bank, recently announced that digital currencies are not regulated in the city-state. The information was included in a message sent by the authority to the Bitcoin trading platform CoinRepublic.com.

The institution said that “whether or not businesses accept Bitcoins in exchange for their goods and services is a commercial decision in which MAS does not intervene”. In other words, the local companies and merchants are free to accept and transact in cryptocurrency.

Bitbar helps all bars and pubs to easily accept Bitcoin

There’s a new mobile-optimized site that now allows real-world bars to accept cryptocurrency as a payment option. The name of this innovation, created by the online social club Grouper, is Bitbar.

All the consumers have to do is find one of the bars using the system via an integrated Google map and place an order through bitbar.io using a secret name provided by the program. Then, they pay with Bitcoin and receive the drink under the pseudonym.

The company SkyCraft is now accepting Bitcoins for its airplanes. The decision was fueled by the firm’s “desire  to bring general aviation into the 21st century”, as well as “spark interest in flying to Bitcoin holders who may not have already become familiar with its beauty”.

SkyCraft announced the good news via a press release published on the company’s website. The business is taking cryptocurrency in exchange for its SD-1 Minisport, the result of “seven years of Czech engineering and design”, a vehicle suitable for any beginner pilot and now considered the first aircraft that can be bought with Bitcoin.

The company that developed the popular Bitcoin app ZeroBlock, which recently became available for Android devices, was acquired by the world’s most popular wallet, Blockchain.info.

The app, released this summer, has turned into one of the most popular mobile and web services for Bitcoiners, combining live crypto-data with news and updated charts. Dan Held, ZeroBlock’s developer, will join the Blockchain team as a product manager.

India, one of the countries that could become a major cryptocurrency hub in a near future, has revealed its official position on virtual money. The Reserve Bank of India has recently warned the public against the use of digital currencies such as Bitcoin, highlighting dangers like exposure to potential financial, legal and security related risks.

The adoption of Bitcoin has been spreading across the nation. Taking this fact into consideration, the institution has been “examining the issues associated with the usage of virtual currencies” according to the country’s legal framework and decided to release a statement on the matter.

Bitcoin is one of the most researched words of 2013

In 2013, Bitcoin became one of the most researched words across the world in platforms like Google or Wikipedia and there’s already a study made by a well-known economist that shows how the people’s curiosity exponentially grows when cryptocurency’s price goes up.

According to the economist Ladislav Krištoufek, from Charles University in Prague, understanding Bitcoin demand is an essential step to properly analyze the virtual currency. And an important part of demand (and its evolution) is the number of people interested in knowing more.

1911 United PAC is the first to support cryptocurrency

The 1911 United super PAC, the first African-American Political Action Committee (PAC) to support President Obama in 2012, has decided to step ahead and become the first group of its kind to harvest support for what the committee calls “Bitcoin candidates”. In other words, democratic political candidates who support cryptocurrency.

Besides backing up Bitcoin, the 1911 United is also accepting Bitcoin through a “unique program”. The system allows the donors to help a Bitcoin candidate supported by the PAC via a Bitcoin-friendly crowdfunding website. In this case, the committee is working with Coinfunder.

Not even China’s recent announcement spree against Bitcoin has left the country’s mighty investors thinking that cryptocurrency could be a bad investment. Take Li Ka-shing’s last business decision as an example.

The ninth richest man in the world, as well as Asia’s wealthiest entrepreneur, has invested in the payment processor BitPay via Horizons Ventures, his venture capital firm.