Skip to content
You are at: Home » News » Weekly Round Up: Bitcoin gets code XBT, Israel thinking about taxes and Mt. Gox’s answer to CoinLab’s complaint

Busy week for the Bitcoin ecosystem! Some new services, two new cryptocurrency platforms and big investments. In the meantime, we also got a new Bitcoin Glossary v0.2, checked out what happened during TechCrunch Disrupt’s panel about Bitcoin and saw Coindesk launch its very own Bitcoin Price Index (BPI). If you couldn’t manage to check the news during the week, here’s a summary of the latest happenings. 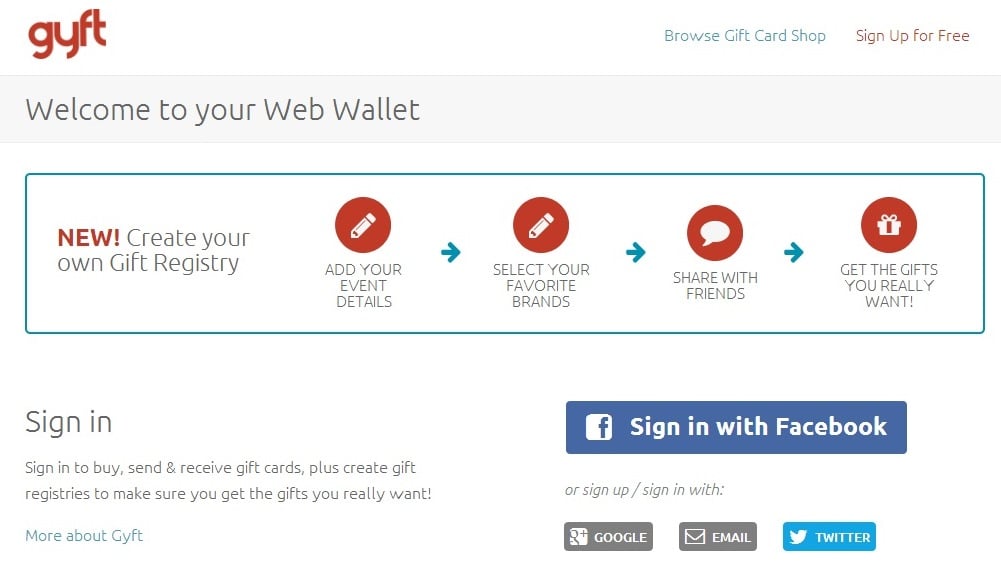 Gyft launched their new Bitcoin-friendly service this week: the Gift Card Registry. According to Jan Jahosky, Gyft public relations, this means that “Bitcoins can be used to purchase gift cards for weddings, birthdays, baby showers, holidays and other special events”.

Gyft users can choose up to eight merchants from a base with hundreds of retailers and add them to their registry.

There’s some news to those Bitcoiners always asking for more diversity in the cryptocurrency trading ecosystem: a new trading platform called BitKonan. The Croatia-based service allows users from the four corners of the world to trade Bitcoin for US dollars.

One of the platform’s best features is the lower trading fees around 0.29%, says Sime Bakic, BitKonan’s CEO. “Bitcoin speculation is going to be a very competitive industry and we are ready to compete”, the entrepreneur adds. 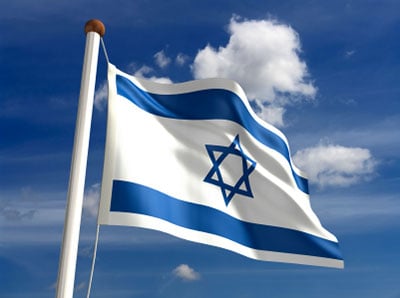 The government of Israel and the national tax authority are apparently looking to tax the profits earned from Bitcoin trading. According to a source from the institution, the authorities are considering Bitcoin trading as a financial operation that can generate profits, so the transactions might be soon brought under taxation. For now, the statutory body is studying the cryptocurrency activity.

Bitcoin’s presence in the country is creating a lot of confusion amongst banks: the institutions claim they don’t know how to deal with the new currency. The doubts have reached the Bank of Israel, which is also analyzing the virtual currency scenario. The country should have news about this matter in a near future.

The Genesis Block told the story earlier this week: the Bitcoin network achieved a historic estimated total computational speed of 1 petahash per second. In numbers, it’s like 1 PH/s = 1,000,000 GH/s. This means the current speed is 40 times faster than it was in the beginning of this year, even faster than 79 percent of the Bitcoin community expected just seven months ago. 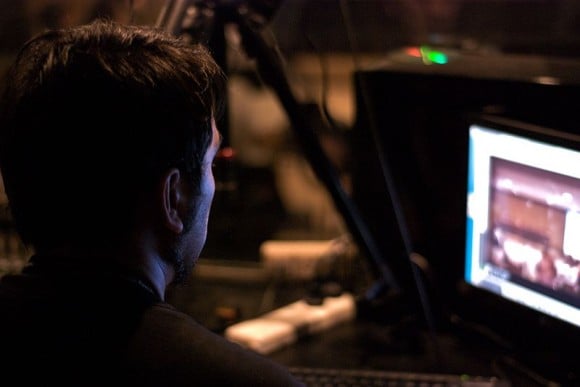 Institutions like Thomson Reuters and the International Center for Missing and Exploited Children (ICMEC) teamed up to create a task force that can study, and hopefully tackle, the connection between Bitcoin and cryptocurrency in general and criminal activities.

The task force is working with the Bitcoin Foundation to explore the role of decentralized currencies in the crime world, trying to find out how to stop criminals to launder money via digital payment systems and then use the funds to support activities like human trafficking or child pornography.

Delays in deliveries and the release of the a new 28nm processor, the Monarch, brought several critics upon the processor manufacturer Butterfly Labs (BFL). So, earlier his week, CoinDesk contacted Butterfly Labs’ chief operating officer (COO), Josh Zerlan, to talk about the company’s situation.

Josh Zerlan expressed his sympathy and understanding for the frustrating situation the is affecting the customers. According to the COO, the company is very aware of the problem and is focusing on “increasing its manufacturing capacity, refining its processes and working to improve shipping rates”.

We all heard about the amazing opportunities cryptocurrency can help create in Africa, but The Virtual Doctor Project (VDP) is definitely one of the best so far. The project has been under development since 2008, but only recently started working effectively on behalf of the Zambian health system.

In August, the Virtual Doctor started accepting Bitcoin donations, which turned the project into the center of attention. As the world is still fascinated by the simplicity, and yet amazing results, of this idea.

With full support from the Zambian government, the project is now prepared to spread across other regions, also with the help of cryptocurrency.

The partnership designed to take several altcoins mainstream – the project United Open Currencies Solutions (UNOCS) – has been dismantled after Feathercoin announced it was leaving the scheme, Coindesk reported this week. The project UNOCS was presented about two months ago, but it’s not ending unexpectedly after one of the founding coins, Feathercoin, publicly announced that it had pulled out. 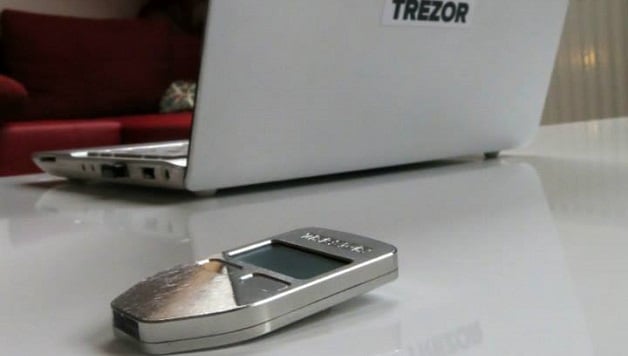 The deliveries of the first real serialized Bitcoin hardware wallet should start next month. 99Bitcoins reported the pre-order period of the device back in June and Trezor fulfilled its promises: the company is now close to deliver its first wallets to the customers.

Trezor is based in Prague and led by Marek Palatinus, the mind behind pooled mining. The company’s first product, the Trezor hardware wallet, has two different versions and promises to improve safety levels in the community.

Coindesk revealed this week that KnCMiner is offering a bonus speed increase to customers awaiting for the delivery of its Jupiter Bitcoin mining device. According to the company, the rig will mine at a significantly higher rate than the 400 GH/s its customers are expecting. 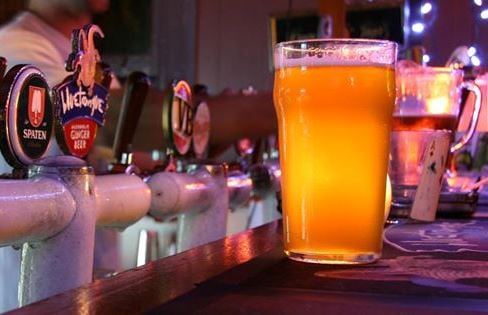 The Old Fitzroy, one of Sydney’s most historic establishments, will be the first pub in Australia to accept Bitcoin. And that is happening really soon, along with other iconic moment for the country: the owner Garry Pasfield will be launching the new payment option at a special Beer4Bitcoins event, on 29th September, starting at 3pm.

Besides allowing the local Bitcoiners to meet and buy drinks with their favourite currency, the event will also “allow those unfamiliar with Bitcoin to learn about the currency, buy some Bitcoins off other people to start using them, and of course, to purchase a beer or two with Bitcoin”. Learn more about the event here.

A major online store that only accepts Bitcoin? That’s BitcoinShop.us

It’s still running on its beta version, but it’s already making a fuss in the Bitcoin world. We are talking about the new BitcoinShop.us, the closest thing Bitcoiners currently have to the giant Amazon, for instance. Finally, cryptocurrency users can exchange their virtual coins for quality products through a platform that was created thinking about them.

The platform already has a huge base of items with more than 55,000 products distributed through 19 departments, which includes books, electronics, toys or appliances, just to name a few examples. 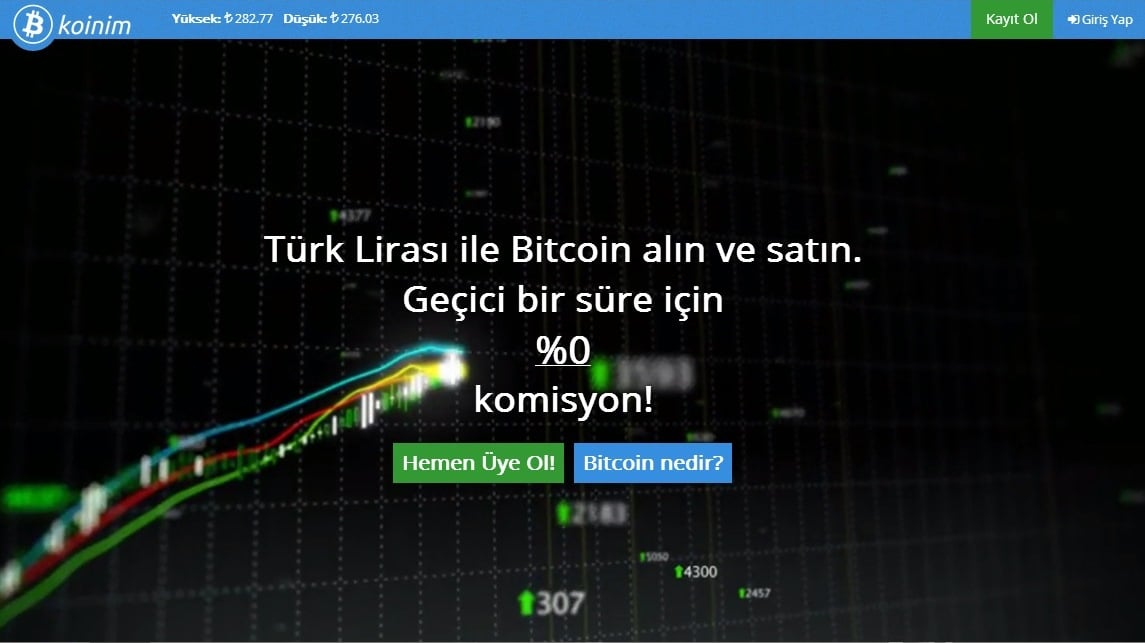 Koinim is the name of the new Bitcoin exchange created in Turkey, which allows local Bitcoiners to exchange Turkish liras for cryptocurrency and the other way around. The service provides a Bitcoin wallet that you can use to move or exchange your virtual coins without any transaction fees for now and with high quality standards.

Koinim has an amazing website with a great graphic presentation. Besides, their interface is super easy to use and supports mobile devices, so you can check your wallet and transactions anywhere, without risk losing a good opportunity.

The Bitcoin Foundation wants Bitcoin campaign contributions to be officially allowed, so it sent a letter to the United States Federal Election Commission. According to Coindesk, the document supports a letter issued by the Conservative Action Fund PAC (CAF) about the same matter. The foundation calls for Bitcoin-based contributions to be allowed and is using FinCEN’s guidance on virtual currencies issued in March as an evidence that the government is already recognizing the currency as having an equivalent value in ‘real’ currency.

Bitcoin gets market legitimacy due to its new currency code XBT 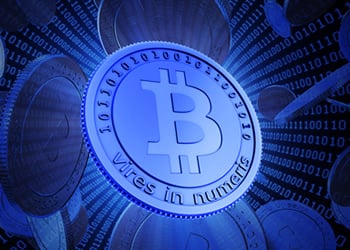 The SIX Interbank Clearing, in Zürich, is the place where a Swiss unit of professionals maintains the list of the world’s currency codes. And they just did the best they could for Bitcoin, by assigning it the code XBT and making it more “official”.

The story was told by Jon Matonis, the director of the Bitcoin Foundation, during this week. According to Matonis, this code, within the ISO 4217 standard for currency codes, “is significant nonetheless because of its impact on the evolution of math-based currencies”.

Bigpoint, a German online game developer founded in 2002, now allows users to purchase in-game virtual goods with Bitcoins, reported Coindesk. The company currently has over 330 million users and was one of the first platforms to introduce the free-to-play model in online gaming in Europe.

How the alliance between Mt. Gox and CoinLab turned into (a legal) war 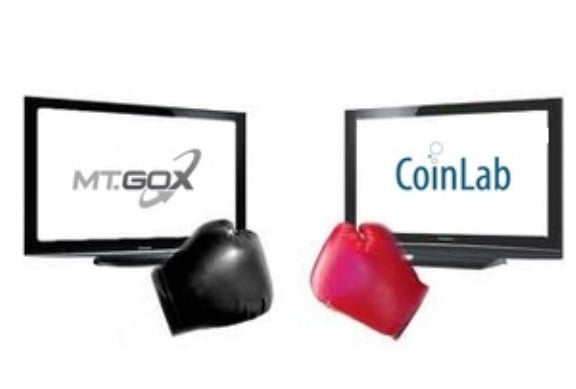 With Mt. Gox responding to CoinLab’s complaint with a lawsuit, Bitcoin Examiner decided to remember what happened since November, when the two companies made a deal, that created a war between the firms.

Last year, the Japan-based exchange Mt. Gox and the Bitcoin business incubator CoinLab decided to team up. The deal was all about Mt. Gox using Coinlab’s compliance with the North-American law to market the exchange’s services in the United States. There was, of course, advantages to CoinLab in this story, as well.

However, on May 2, CoinLab filed a complaint against Mt. Gox, alleging that the exchange had withheld information the incubator needed to market to customers. The company claims that, instead, the exchange continued to sell into North America itself and CoinLab claimed $75 millions in damages. And what was Mt. Gox’s answer? Well, they responded with a lawsuit, filed last Friday (13). The action demands CoinLab to pay the exchange $5.5 millions in damages, alleging that the incubator wasn’t able to operate lawfully as its partner in the United States.

The company builder Centralway is investing $250,000 in Bitcoin startup Buttercoin, Coindesk reported a few days ago. The company will invest $50m each year in around 20 or 30 startup firms at the seed or early stage plus in bigger Series A funding rounds. Buttercoin, already featured by 99Bitcoins, is a service that intends to help people escape the scabrous fees required to transfer money in the remittances market when using services like Western Union.

Armory updates its Bitcoin wallet after securing investment of $600k

The company Armory Technologies, creator of Bitcoin wallet software that the firm claims to be the most secure in the world, just announced two great news a few days ago: the completion of a $600,000 seed round investment, partially funded in Bitcoins, and also the release of a new updated version of their software.

The investment was led by the Bitcoin expert, journalist and investor Trace Mayer and also includes the investors Kevin Bombino and Jim Smith. The $600,000 will allow the founder and lead developer Alan Reiner and his team to dedicate to the project in full time, further developing the Armory Bitcoin wallet.

One year was enough to take the Atlanta-based payment processor Bitpay from 1,000 to 10,000 clients, in 164 different countries. Approximately 50 percent of these clients are located in North America, 25 percent in Europe and 25 percent in the rest of the world. Also, most of them are mainly ecommerce merchants, “including consumer electronics, precious metals and IT services”. According to BitPay, the numbers are positive, of course, but this is not a definitive sign that Bitcoin is going mainstream… yet.