Skip to content
You are at: Home » News » Weekly Round Up: Bank of Thailand against cryptocurrency, Kickstarter stops Bitcoin movie fundraising and DATA arises

Bitcoin had a big week with some great news like the creation of two new important groups for the cryptocurrency’s ecosystem: the self-regulatory committee DATA and the charity foundation BitGive are here to stay. Besides, we talked about “The 13 most promising cryptocurrencies” that have been around and watched as Kickstarter pulled the fundraising campaign for the project “Bitcoin: The Movie” without any explanation. Weird…

Enjoy our latest weekly round up and check the major news of this last week.

Erik Voorhees: Bitcoin taught him “that America is a lie” 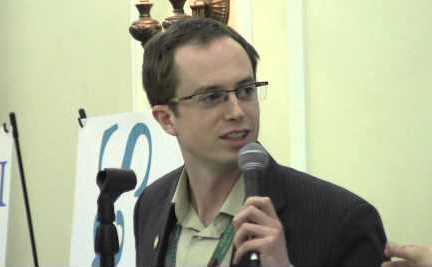 After selling the major betting website SatoshiDice for $12 million, Erik Voorhees made the headlines this last week with his strong statement against the United States. The well-known character from the Bitcoin world says that “Bitcoin is absolutely the Wild West of finance, and thank goodness (…) It is the frontier”.

According to Vorhees, during the past year, Bitcoin showed him that “America is not the land of free markets and free people that it was advertised to be in Government schools”. Now, he sees the country and especially its government as “an abhorrent apparatus that steals, harms, and imprisons people who have harmed nobody”.

“In short, my experience as an entrepreneur in ‘the land of the free and home of the brave’, both regarding SatoshiDice and in my other projects, has taught me that America is a lie. It has become a pathetic fiefdom, and I wish Americans would wake the hell up and see what’s happening”, the entrepreneur assures.

ForexMinute advises Plus500 for the Bitcoin traders

ForexMinute has an advice for the Bitcoin traders: this time, Plus500 and its Bitcoin trading services are highlighted by the Forex experts. “Traders can earn a lot of profit trading Bitcoin at Plus500, a leading broker”, states the online portal in a press release. Being a member of the Financial Services Compensation Scheme, in the United Kingdom, “traders can stay assured about their investment” when using Plus 500.

Bank of Thailand suspends Bitcoin trading in the country

The Thai cryptocurrency exchange Bitcoin Co. Ltd. recently announced that the Bank of Thailand has considered all the Bitcoin-related activities as illegal  acts. As a consequence, the company had to temporarily shut down all their operations until the laws in Thailand are updated.

The exchange Bitstamp is now able to verify hundreds of new customers per day and simultaneously improve its security features. All this thanks to GBGroup, which is now responsible for the company’s identity verification area. This global leader in the area of identity intelligence was chosen by Bitstamp mostly due to its ID3global solution that is implementing full identity verification services for its customers.

Bitstamp explains that felt the urgency to protect their customers from possible frauds. “Selecting GBGroup has provided the reliable infrastructure we needed to help push this disruptive new entrant in the currency market to its full potential. We cannot operate in the market that we do without knowing who our customers are”, explained Nejc Kodric, CEO at Bitstamp.

Kickstarter pulls project “Bitcoin: The Movie” without any explanation

Bitcoin Examiner reported the existence of the project “Bitcoin: The Movie” just two weeks ago, but Kickstarter wasn’t loving the idea, so it pulled the project’s page from the platform. Everything seemed fine, with 154 backers donating almost $16,000 to the movie team, until the project page was unexpectedly suspended by Kickstarter on July 24.

“Bitcoin: The Movie” was going to be a documentary about the social and economical impact of cryptocurrency around the world. But to do that, the team needed at least $100,000 and that is why they were looking for help at Kickstarter, through a fundraising that was supposed to last until August 15. If Kickstarter is maintaining its inflexible rules, it won’t be possible to reverse the decision.

Coinbase has a new employee: the creator of Litecoin 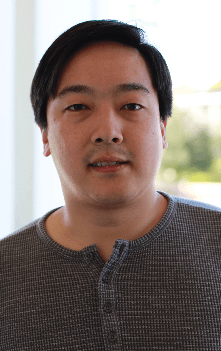 Charlie Lee, the well-known engineer that created Litecoin, was recently announced as the new addition to the Coinbase team. The company announced the hiring of the expert on Tuesday (30). Although Lee had previously worked at Google, he is best known in the world of technology as the mind behind Litecoin, “the most popular Bitcoin derivative”, like Coinbase describes it. According to the company, a lot of people have already benefited from the work developed by Charlie Lee, lots of them without even knowing that. All it takes is to “use Google Authenticator to secure a Coinbase account or Authy’s voice support feature to verify your phone number”.

Starting on August 7th, Bitcoin Deutschland GmbH – the company that operates the marketplace Bitcoin.de – will be registered with BaFin, the Federal Financial Supervisory Authority of Germany. The marketplace allows people to exchange, among each other, fiat currencies for Bitcoins and vice versa. It’s another great step for Bitcoin.de, which already had an important agreement with Fidor Bank.

The launching of the new Bitcoin debit card iBTCard – which stands for International Bitcoin Transfer Card – was one of the news of the week. Tradecoinz LLC is the company behind the project and plans to provide and alternative payment method to VISA and MasterCard.

Besides helping the users, the card will mostly be merchant friendly, supplying features like subscription payments. According to Cameron Halter, the CEO of Tradecoinz, iBTCard will also be able to integrate with existing point of sale systems, known as POS. And there’s more: the card will offer lower fees for merchants, between 0.5 and 1.25 percent.

BTCTurk is the first Bitcoin exchange in Turkey

Meet BTCTurk, the first exchange where you can trade Turkish liras for Bitcoin and the sign that cryptocurrency has finally (and properly) arrived in Turkey. The new platform, which was being developed since January, was launched earlier this month and already received a good amount of sign-ups in the last few weeks, according to the CTO of the company, Emre Kenci. The company promises lower fees than other exchanges – an average 0,5 percent – and also faster transactions (if the user has a local bank account, of course).

Bitcoin gets stronger with new groups DATA and BitGive

Like Bitcoin Examiner reported on Tuesday (30), the Bitcoin community now has a new self-regulatory committee and a new charity organization: DATA and BitGive, respectively.

The new self-regulatory body, the Committee for the Establishment of the Digital Asset Transfer Authority (with the acronym DATA), intends to create some guidelines that can help Bitcoin navigating its unregulated ecosystem. DATA has arrived to set some rules in the Bitcoin ecosystem: “we believe our industry must evolve in compliance with law and regulation. We must work proactively with regulators and policymakers to adapt their requirements to our technologies and business models. We must develop and implement common risk management and compliance standards that address the public policy concerns associated with our businesses. And our firms must build risk management and compliance programs that meet those standards”.

In the meanwhile, the committee has already revealed part of its plans to properly introduce cryptocurrency and all its advantages to the United States government and to the North-American banks. According to an article published today by Coindesk.com, DATA is speaking directly with FinCen and claiming that the US Treasury Department really liked the idea of a self-regulatory body in the universe of Bitcoin. Instead of waiting for the regulators, the committee will take the conversations with them, a plan that is pleasing the American authorities.

And let’s not forget about the charity foundation BitGive, announced at Mediabistro’s “Inside Bitcoins” conference. The new group will accept donations to help environmental and public health causes worldwide in the name of the Bitcoin community. In the charity wave, the organization Songs of Love has also started accepting Bitcoin donations this week.