Skip to content
You are at: Home » News » Opinion » Venture capitalist Ben Horowitz thinks “money is too weak a metaphor for Bitcoin”

Ben Horowitz, the Bitcoin supporter that founded the leading venture firm Andreesen Horowitz, recently shared his opinion on the world’s biggest cryptocurrency. Besides being a fierce Bitcoin advocate, Horowitz has also been involved with several tech successes in the last ten years. The list includes Facebook, Github, Pinterest and Twitter.

Horowitz recently gave a talk at Stanford and asked “for an asset or money that has fluctuated so crazily in value over the last couple of years, what really makes you so enthusiastic about cryptocurrency in general?“, CoinReport said.

The venture capitalist goes on to reply to his own question. You can watch the talk here or you can read below the best moments of his speech.

Horowitz firstly debates if and how Bitcoin can be a genuine solution to a specific technical problem. He asked how can we keep track of how much money everybody has when everyone has an incentive to lie. This was his reply:

The way that’s been solved throughout history is like with Visa or something, where they run a ledger that keeps track of all the money that is kind of transferred from one person to another. But the problem with Visa is several fold. […] It’s a proprietary system, and it’s a reversible system, so there’s a large fee associated with it. 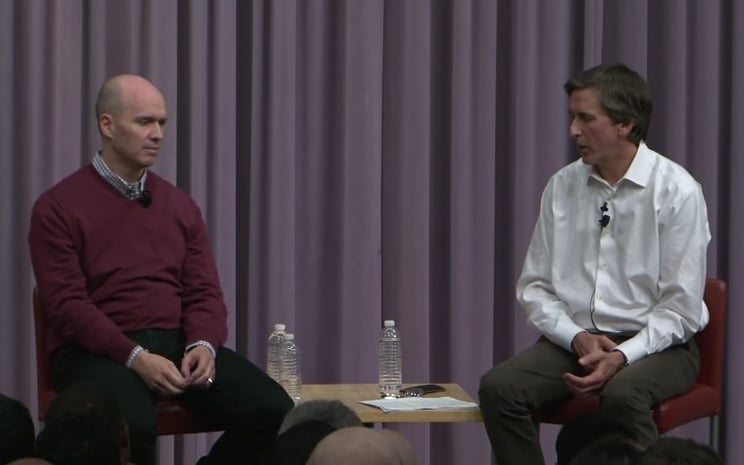 He then proceeded to praise Bitcoin’s lack of a centralized system. “For the first time, there is a ledger that everybody can use, that nobody owns.  So, the reason that’s important is that if you think about what was really powerful in my youth about the internet was it was a network that everybody could use but nobody owned”, he said, adding that “and what that ends up meaning was that […] the reason that everybody underestimated the internet when they first saw it, was that ‘It’s got no functionality, […] it’ll never be secured, blah blah blah’.But it was a network that nobody owned. So even though, like the IBM networks and AT&T’s network and Deutsche Telekom’s network, were radically more functional, every new entrepreneur developed on the Internet, because whatever they built, they got all the value for it, because nobody owned the network”.

According to Horowitz, it’s exactly this element of the network that makes Bitcoin’s greatest strength. He believes “money is too weak a metaphor for Bitcoin”.

We have a very strong belief in the form that the ledger that nobody owns will be the thing that draws all of the developers and the best payment functionality, wire transfer, foreign currency exchange, and all kinds of functionality that you can’t even imagine now, just like when people first thought of the internet, like, ‘oh, it’s the electronic post office’ — well, it’s not just the post office, Right? The metaphor it too weak.