Skip to content
You are at: Home » News » Legal » UK Home Office pushes for creation of Avenger-style cryptocurrency

The digital money universe could soon welcome a new type of cryptocurrency: a crime-fighting, Avenger-style altcoin.

The idea was born in the United Kingdom, where the country’s Home Office recently advised the rulers of the British nation to develop a new digital coin that combats anonymity and boosts the traceability of transactions. 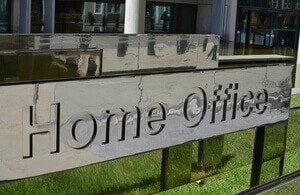 The Home Office, a government department responsible for issues like immigration and counter-terrorism, offered the advice in a response to the Treasury’s call for information on digital currency, published earlier this year.

In this response, the Home Office lists both the pros and cons of digital coins like Bitcoin although it recognizes that “the evidence for the benefits or risks from digital currencies is limited.”

While the positives include the low cost of transactions and speedy payment processing, the document also reminds the British government that cryptocurrency has been associated with illegal operations due to its anonymous features.

In order to fight these anonymous operations, the Home Office believes the best solution would be to develop a crime-fighting cryptocurrency. “We believe that there might be a number of advantages of any digital currency for the UK being created and owned by central government,” reads the response.

This new altcoin would be controlled by a centralized authority and “it could also be pegged to a fiat currency, to reduce potential fluctuations in its value.” The goal is to define ownership and trace all operations, enabling enforcement agencies to identify criminal activity and who’s behind it.

The Home Office believes that access to the hypothetical cryptocurrency’s data would need to be restricted, except when it comes to the authorities and anti-money laundering agencies. The government department says this “would also have the additional benefit of acting as a deterrent to criminal use,” as criminals wouldn’t want to adopt a traceable currency.

Besides, any future regulation should state that all digital currency involved in criminal operations can be seized by the authorities. 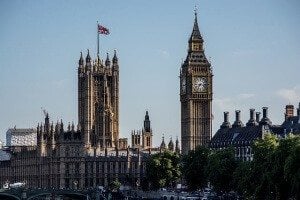 According to the Home Office, there’s also another typical Bitcoin characteristic that would have to change in order to avoid fraud: the irreversibility of transactions. “It would make sense to identify how fraudulent transactions can be unwound and the digital currency reimbursed to the legitimate owner,” the document states.

And then, following the recent controversy around New York’s BitLicense, comes corporate regulation. The Home Office would like to see all digital currency companies become licensed. Failing to obey the rules – which would include not monitoring transactions and failing to report any suspicious activities – would mean the loss of the license.

Nevertheless, this is exactly one of the features that Bitcoin-related businesses in the United States hate about the BitLicense. Actually, this was the reason why Erik Voorhees’ ShapeShift.IO suspended all services in New York following the approval of the document’s latest draft.

The fact that the United States already have regulation in place is good news for the UK if the plan goes ahead. International cooperation will be “essential” to ensure the success of any regulation created in the country.

“The conversion point where fiat currency becomes digital, and vice versa, is hard to oversee, given digital currencies have global reach. Without global consistency in approach, oversight and security is difficult.”

If such a plan turns into reality, then we could be looking at a complete transformation of what we currently know about digital money. A new crime-fighting cryptocurrency, light-years away from Bitcoin and other altcoins, might sound like a good idea for a government, but what will the crypto-community say about this?