Skip to content
You are at: Home » News » Opinion » The Winklevoss twins’ vision about digital currency: “Bitcoin’s real” 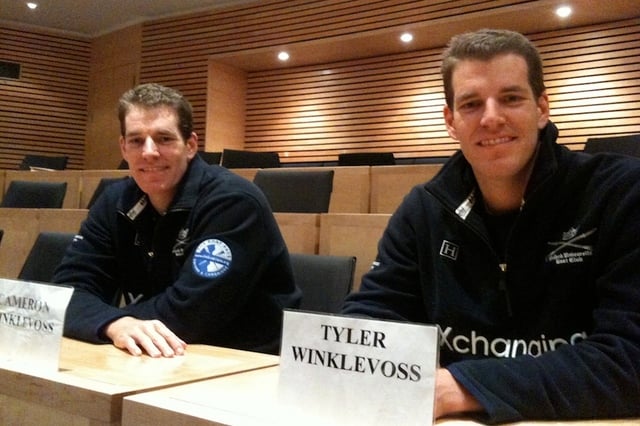 We already know that major investors are looking at Bitcoin as an excellent opportunity, so why not the Winklevoss brothers? They already showed they have an eye for business with Facebook and now we’re seeing them shacking the digital currency world.

We talked about them this week, when we referred their presence at the San Jose Convention Center, in a major conference dedicated to Bitcoin. But what do they really have to say about digital “coins”? Especially since they are, reportedly, owners of 1 percent of all the Bitcoins mined to date. Well, for starters, Cameron and Tyler say it’s now time for Bitcoin companies to work with governments and not against them.

“I don’t think anyone wants a fight — I think everyone here wants to build Bitcoin, to work with regulators. Cooperation is really the way forward”, Cameron Winklevoss said to more than 1.000 conference attendees. “You can laugh all you want, but Bitcoin’s real”, stated Tyler Winklevoss.

“FinCEN acknowledges virtual currencies. They’ve given guidance, which is a big step”, he added, as a reference to a statement from FinCEN, revealed in March 2013. The document issued by this arm of the Treasury Department slapped Bitcoin exchanges with a vigorous set of new rules. Unfortunately, this caused smaller US-based exchanges to go out of businesses.

However, it was the lack of government control the reason why Bitcoin has grown so quickly, but these “good times” are about to be over, as the Royal Bank of Canada and the USA Homeland Security unit are taking measures against some companies involved with digital currency.

Bitcoin’s future is living an impasse, as it keeps growing up, but it won’t be taken seriously by a lot of people, especially governments, as long as it runs wild through the Internet. Faced with this, Cameron Winklevoss asks “will we win?”. And then he answers: “I think everyone in this room is pretty confident in saying Bitcoin is a winner. We bet on the horse, not a donkey here”. We guess that says it all.