Skip to content
You are at: Home » News » The 7 most bizarre things you can buy with Bitcoin

So lately I’ve come across BitMit which is a marketplace based only on Bitcoins. This allowed me to make some interesting discoveries about what people sell and buy with Bitcoins. So without further ado, here are the top 7 most bizzare things people bought with Bitcoin to date.

Apparently about 6 months ago someone decided to sell his goat on BitMit. And the nice thing about it is that it’s condition is “new”. A family from Austin sold their Porsche for 300 Bitcoins on April 2013.

Ever wanted to own a convenience store ? There is currently one for sale at Greenville, NC. for a bargain of 2348 BTC. 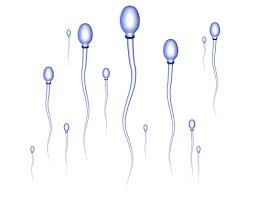 Apparently a doctor from Fertility Care Orange County agreed to receive Bitcoins in exchange for conducting a fertility test.

“Sarah Sparkles” which can be found on Twitter @Sarah84Sparkles is offering her show in exchange for Bitcons.

Hey….the initial testing looks positive, and they do worldwide deliveries…

This handsome young fellow can be found on Strip4Bit, which is basically a website that people accept Bitcoin as payment for taking their clothes off.