Skip to content
You are at: Home » News » Most tech pros “absolutely” want to get paid in BTC

Most IT professionals and tech experts would like to get paid with Bitcoin every month, instead of fiat currency.

The results were revealed by the event organizer Tech in Motion. The company conducted a poll among 18,000 workers and got 847 answers. More than half of them, 51 percent, are in favour of cryptocurrency wages.

Also, of the 847 interviewees, over 18 percent answered ‘maybe’ to the question “Would you be interested in being paid for your work in cryptocurrencies like Bitcoin?”. However, this group wants to wait two or three years before definitely accepting a similar deal. 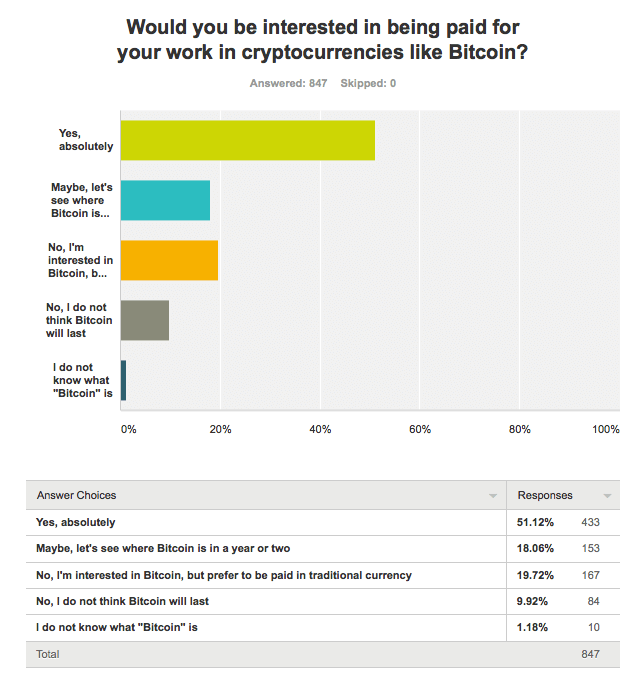 Tech in Motion via Business Insider

On the other side, almost 20 percent of the professionals said ‘no’, claiming they would rather be paid in fiat currency at the time being.

Another slice of the group, composed of 10 percent of the individuals, said Bitcoin won’t last. The rest of the group doesn’t even know what Bitcoin is.