Skip to content
You are at: Home » News » Legal » Singapore will regulate Bitcoin operations to fight money laundering

All Bitcoin-related businesses, operators and even vending machines dealing with cryptocurrency in Singapore will soon be regulated by the country’s authorities. The local government intends to boost its fight against money laundering and terrorist-financing activities and regulating digital money is one of the first steps.

According to the Monetary Authority of Singapore (MAS), all intermediaries that facilitate the exchange of cryptocurrencies in the country will have to verify customers’ identities. They will also have to report all suspicious transactions to a special unit of the Singaporean police.

It is still unclear when will these changes become active. Nevertheless, the new rules will turn Singapore into one of the first countries in the world to regulate Bitcoin-related transactions.

Bank of England talks about Bitcoin 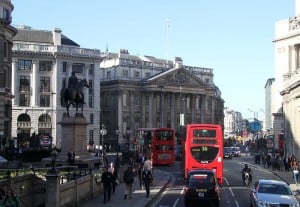 Meanwhile, the Bank of England (BoE) decided to mention cryptocurrency in a recent article. One of the topics featured in the document focuses on the future of digital currencies and payment technologies.

According to the bank, “digital currencies are not at present widely used as a medium of exchange. Instead, their popularity largely derives from their ability to serve as an asset class. As such they may have more conceptual similarities to commodities, such as gold, than money”.