Skip to content
You are at: Home » News » Satoshi Nakamoto considered #30 most influential man of 2013

No one knows who he is. No one even knows if he is a man. Nevertheless, the British website Ask Men included Satoshi Nakamoto, the “father” of Bitcoin, in its list of the “Top 49 Men – 2013 Edition”.

The creator of the white paper that originated cryptocurrency was considered by the voters the 30th most influential man of the year, despite the fact he “disappeared” in 2010.

According to Ask Men, Satoshi is influential because “in 2008, the elusive Nakamoto introduced Bitcoin in a document that outlined the problems using traditional currency in internet transactions and detailed his plan to release a more practical and secure online currency. But it wasn’t until last spring that Bitcoin experienced a major boom, winning high-profile investors like the Winklevoss brothers”. 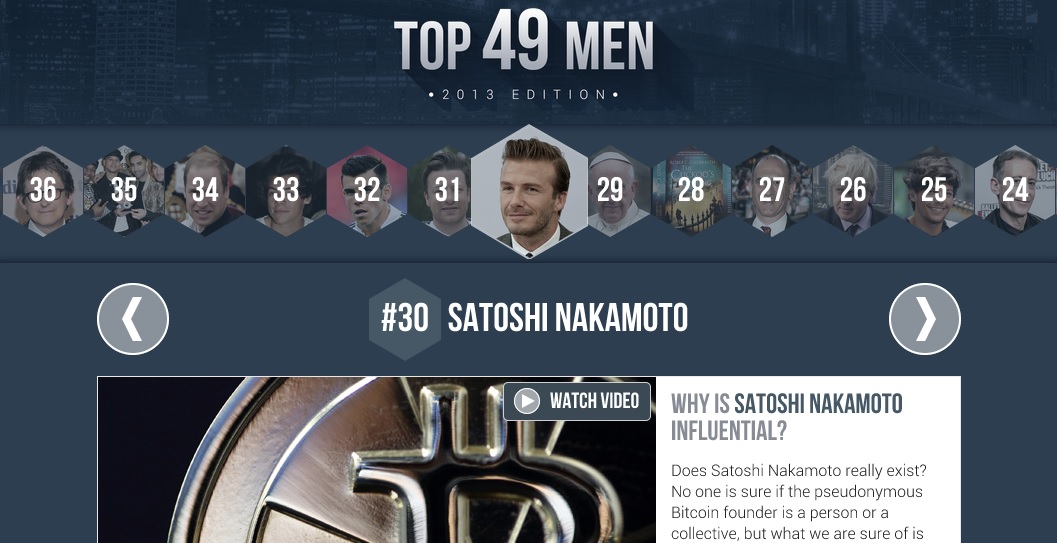 Before that, the article poses an important question: “does Satoshi Nakamoto really exist? No one is sure if the pseudonymous Bitcoin founder is a person or a collective, but what we are sure of is that his invention will have a great impact on the economy”.

However, a lot of people didn’t agree with the classification, questioning the 30th place. Moreover, Ask Men even included a poll in the article that allows you to agree with the ranking or suggest a higher or a lower position. This poll shows that 52 percent of the voters wanted to see Nakamoto scoring a higher place. On the other side, 14 percent think the classification is appropriate, as 34 percent think it should be lower.

In the first place of the list you can find the English actor Stephen Fry. The tennis player Andy Murray and Apple’s designer Jonathan Ive have taken the other two places on the podium.