Skip to content
You are at: Home » News » Opinion » Same guy that doomed the iPad says Bitcoin is going to be great!

In 2010, when asked about the iPad a but after it was introduced to the market, Bill Gates replied ” It’s a nice reader, but there’s nothing on the iPad I look at and say, ‘Oh, I wish Microsoft had done it’. On May 2013, when asked about Bitcoin, Gates claims it a “Techno Tour de force”, meaning A feat demonstrating brilliance or mastery in a field.

When coming to predict Bitcoin’s future do we rely on opinions or facts ?

The opinions about Bitcoin’s future vary a lot among so called experts in the fields of investments and technology. For example, on that same interview from May 2013, Charlie Monger calls Bitcoin “Rat Poison”. So today, instead of listening to experts, I decided to take a look into the history and patterns of new technologies to find out what can we learn from them about the fate of Bitcoin. 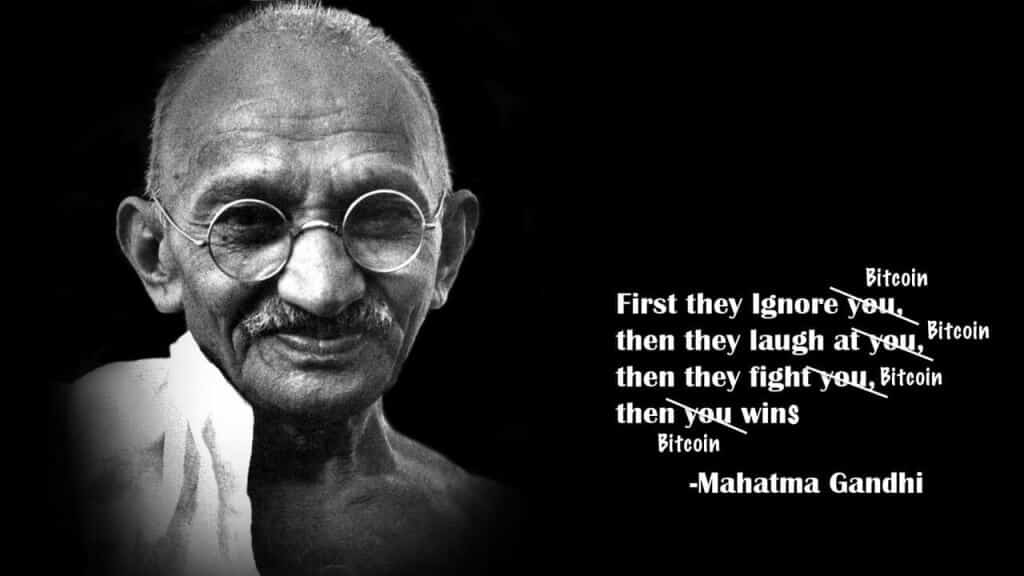 Any new technology that is introduced takes time to be adopted by the masses. Anyone who thinks that a new technology is just widely accepted is fooling himself. Here are just a few examples of experts’ opinion from the past:

But if you don’t listen to opinions and look at the facts you get a different picture. The following graph shows the adoption rate of new technologies in the US since 1900(from 10%-90% penetration): 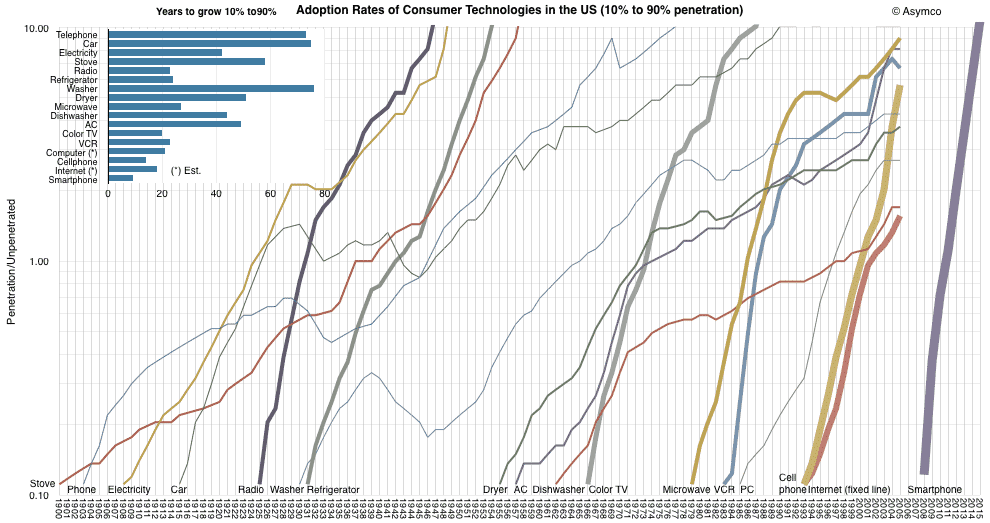 So what’s holding Bitcoin from being adopted so long…

Each one of these new technologies had it’s share of skeptics and nay sayers (even the Internet). It’s easy to see that as we progress, technologies are adopted faster (the slope is getting steeper and steeper). So why are people so skeptical about Bitcoin ? I believe the answer start with which segment of the population you belong to.

Each of us belong to a certain segment when it comes to new technologies. Here are the different segments:

If we  Model these groups we get the following:

Glad you asked. According to Geoffrey A. Moore’s “Crossing the Chasm” – Each new technology faces one major obstacle. The Chasm. While transitioning from Innovators to Early Adopters is easy, the move from Early Adopter to the Early Majority is a bit trickier. You see Early Adopters are used to the growing pains of a new technology, but the Early Majority are technophobic. They need things to be simplified, and the thing that Bitcoin isn’t, is simple. Each month there are tens of thousands of searches for “What is Bitcoin” (according to Google’s Keyword Planner). And if that wasn’t enough, just try buying Bitcoins in an easy manner like Paypal or a credit card. Early Majority consumers need a “one click solution” which currently isn’t available for Bitcoin.

To cross The Chasm you need to keep your Early Adopters

So Bitcoin is currently stuck trying to cross The Chasm. Not only that, it’s also losing it’s Early Adopters because of new crypto currencies flowing in. There are almost 40 different Crypto Currencies available. These alt. currencies are luring away the Early Adopters’ focus from Bitcoin and affect Bitcoin’s chances to cross the gap.

I recently came across a blog post that explains Bitcoin’s exponential growth in value. It got me thinking – are we truly at the Chasm ? Perhaps we’re somewhere else along the line…So I decided to dig in deeper to whatever historical data I could find about Bitcoin.

Let’s start out with Google Trends from the past 2 years:

We can see that the Bitcoin trend has already surpassed the first peak that was earlier this year on April and is growing.

And These are the number of Tweets for the hashtag “Bitcoin” on Twitter since January 2011:

There have been almost 400K tweets about this specific hashtag alone.

And here are some site analytics from Bitcoin.org. You can see that almost 80K unique visitors (UV) visit the site each month:

How can this data help us explain where we are on the curve ?

If we take the technology adoption groups from before and compare it to the market share of a product it will look something like this: 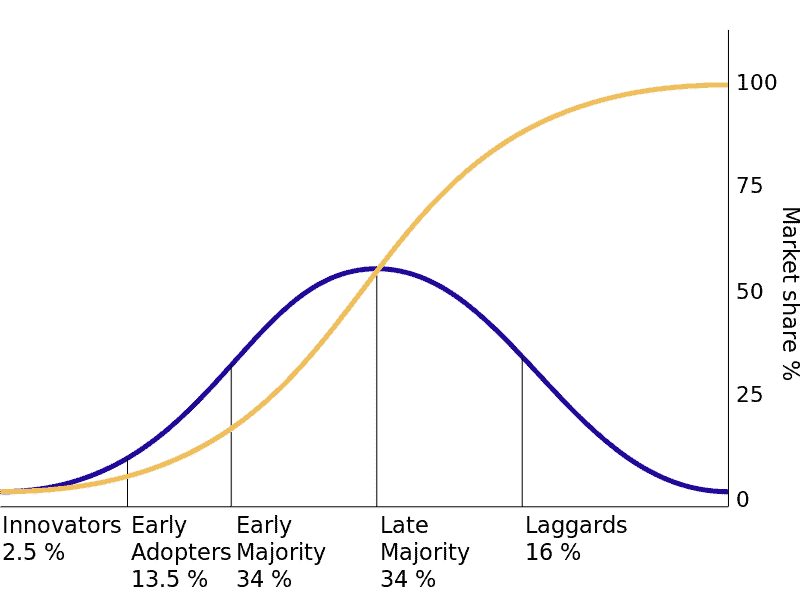 This graph is taken from the Diffusion of Innovations theory which seeks to explain how, why, and at what rate new ideas and technology spread through cultures.

So although they may not look as smooth as they should be in theory, you can see that the interest of the general public in Bitcoin is rising with a positive second derivative – showing we are in fact somewhere between the Early Adopters and the Early Majority. One more thing that created a lot of noise over the web and was talked about in that same blog post was about a product’s decline. The important thing to remember is that every product declines eventually, even Bitcoin. The idea may remain but the actualization of it will change. So while the idea of digital currency or crypto currency may remain forever, the product – Bitcoin, will have a limited lifespan. This lifespan  can be 5 years, 50 years or 500 years, but in the end it will, just like everything else, cease to exist.

Bitcoin is the first in line as a digital currency solution

So to conclude there is not doubt that Digital Currency is on its way, and from what it seems, the Bitcoin solution is the leader. The skeptics out there aren’t skeptical about digital currency, they are skeptic about Bitcoin. And yes, Bitcoin has many flaws, and it still has to cross The Chasm and supply easier access to the Early Majority in order for it to be widely accepted. But at the moment, with so many Bitcoin startups popping up and are helping to bridge this gap, I personally believe Bitcoin’s future looks brighter than ever. 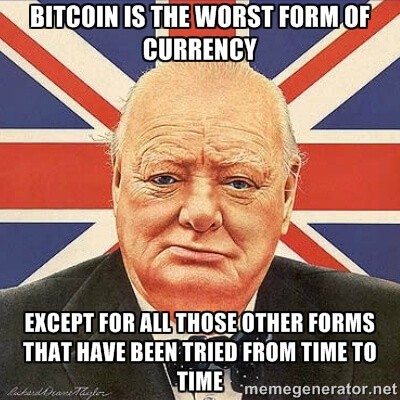 2 comments on “Same guy that doomed the iPad says Bitcoin is going to be great!”