Yesterday, we mentioned possible reasons for Reddcoin’s price remaining so low, as it was stuck in a 2 to 4 satoshi rut for quite some time.  However, because of the renewed interest due to the new development of the Proof of Stake Velocity (PoSV) algorithm, the reasons previously mentioned are no longer sufficient to suppress it’s price.  – Dustin O’Bryant, founder and editor of Coin Brief

Earlier today, Reddcoin announced its plans to implement a PoSV algorithm (update: Mac and Windows Reddcoin wallet upgrade tutorials to POSV) to replace its current PoW one.  The announcement led to a whopping increase of 300% in the Reddcoin price from a mere 3 satoshis to 12. The revolutionary move by Reddcoin comes as no surprise to anyone who has followed it’s development since the launch of Reddcoin in February, but has caught the attention of other members of the digital currency world. 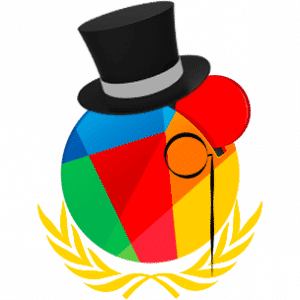 Reddcoin PoSV: What You Need to Know

The reasoning and explanation of PoSV is based on information released by the coin’s developers on their sub Reddit, and comes in two parts: an academic address to the need of implementing new measures to save the previously ailing coin’s decline of value on the exchanges, as well as a FAQ booklet outlining the details of the new system, both of which are available in PDF format.

PoSV is designed to combat the threat of superior ASIC mining equipment, that is currently destroying the values of many other coins with its ability to drastically outmine CPU and GPU rigs.  As an ASIC immune algorithm, PoSV will protect the coin from being heavily mined and dumped on the exchanges. In addition, PoSV gives incentives to its holders just by having its wallet open and online, which comes at a rate of 5% interest annually- which is higher than most PoS coins, but not so high that it causes inflation to get out of control.

Upon effect of its implementation, miners that are currently acquiring Reddcoins will continue being able to mine Reddcoin for some time, but the block halving has been increased to once every 50,000 blocks, which should be around 35 days.  After 3 to 6 halvings, PoW will be retired, and the system will be ported to pure PoSV.  This which will remove the ability to mine Reddcoin directly.

If I Cannot Mine Reddcoin, What Cryptocurrency Should I Mine?

Instead, miners who wish to mine Reddcoin will need to join mining multipools that will be set  to mine other digital currencies.  These coins will then be sold, used to buy reddcoins, and finally, paid out to the miners (similar to blackcoin). The upside to this is that with PoSV, miners need not purchase ASIC mining gear in order to keep up, and risk facing the equipment expiring due to heavy usage before recouping their ROI, which has been observed with Bitcoin ASICs.

So, How Will New Reddcoins Be Produced?

In the PoSV system, minting occurs when a Reddcoin wallet syncs with the blockchain and verifies transactions in a way that is similar to mining.  Through constant verification, the network remains more secure and your stake of reddcoins is authenticated.  Thss enables you to receive an average of 5% annual interest, as long as the wallet stays online.

The current total cap of coins is 109 billion, but PoSV, in theory, will mean there is an infinite supply.  However, as the total number of coins will be around 30 billion when PoW stops, and PoSV begins, it will take a very, very long time to reach even the previously expected 109 billion.

This previously unfathomable venture into PoSV will be heavily monitored by every other Scrypt altcoin.  Scrypt coins that face the dilemma of being heavily mined by ASIC equipment may no longer need to consider the option of merged mining to attract miners. Merged mining may seem like an incentive to some, but it poses a threat of the weaker coin being ‘taken over’ by the one of higher value in the long term.

How Will Reddcoin’s POSV Algorithm Help Other Cryptocurrencies?

If this new algorithm catches on without a issues, the reign of ASIC machinery may very well be near its expiration date. Without the need to purchase the ASIC mining rigs, which can often cost upwards of $10,000 , mining hobbyists can continue to use their self assembled machines to generate worthwhile income.

Reddcoin is no stranger to innovative ideas. In the span of just a few months, Reddcoin made waves with the launch of its IPO, shortly followed by the inception of the Reddcoin Broadcast platform, which essentially is a service for people to spread their brands or messages on social media with greatly amplified reach.  Now, with this new development, Reddcoin’s community on reddit has a renewed sense of confidence in the coin, and its developers.  Much concern had been expressed as to if the coin was losing the fight to be the next best digital currency in the market, due to an extremely low value brought on by shrewd investors manipulating Reddcoin on the exchange markets, but that has evaporated now.

It is certain that this a very exciting time for digital currencies in general.  In my personal opinion, it would be smart to keep your eyes on Reddcoin

* Author has no holdings in Reddcoins, but would love it if he could drown in it.