Primecoin has been known since its origin as the cryptocurrency born to make mining useful. Everybody knows that one of the problems often pointed out by miners is that solving the complex and random algorithms that later generate the digital coins is a long and difficult process that spends a lot of energy for nothing.

And that’s exactly what Primecoin wanted to change by becoming the first proof-of-work based cryptocurrency. In the world of virtual money, this is probably one of the coins with more differences when compared to Bitcoin, but can we really call Primecoin “crypto 2.0”?

First read this infographic brought to you by 99Bitcoins and then decide. 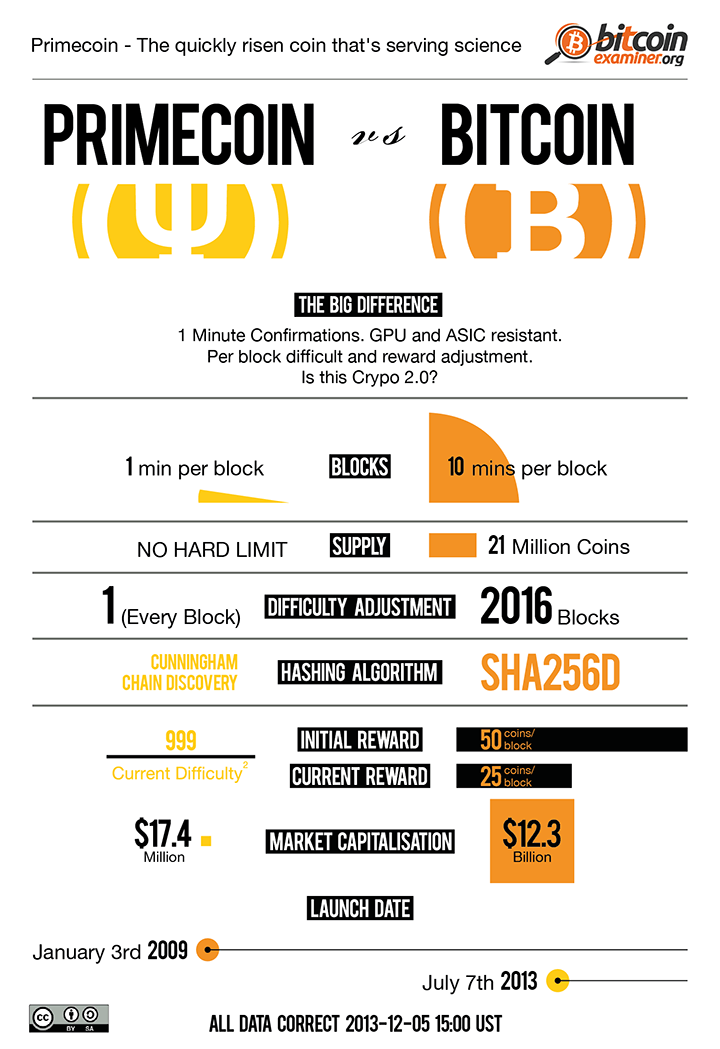