FREE BITCOIN CRASH COURSE
Enjoyed by over 100,000 students. One email a day, 7 Days in a row. Short and educational, guaranteed!
You are at: Home » Infographics » Peercoin: the low energy Bitcoin beater? [infographic]

Peercoin, previously known as PPCoin, was born with the dream of improving the system previously established by Bitcoin. This cryptocurrency was the first one based on the implementation of a combined proof-of-stake and proof-of-work system, changing one of the original essential principles of virtual currency.

These two digital coins have a lot in common, as well as important differences. Take a look at this following infographic brought to you by Bitcoin Examiner and you will see. Peercoin was introduced in August of 2012 and still battles to be the safest coin in the world of cryptocurrencies. 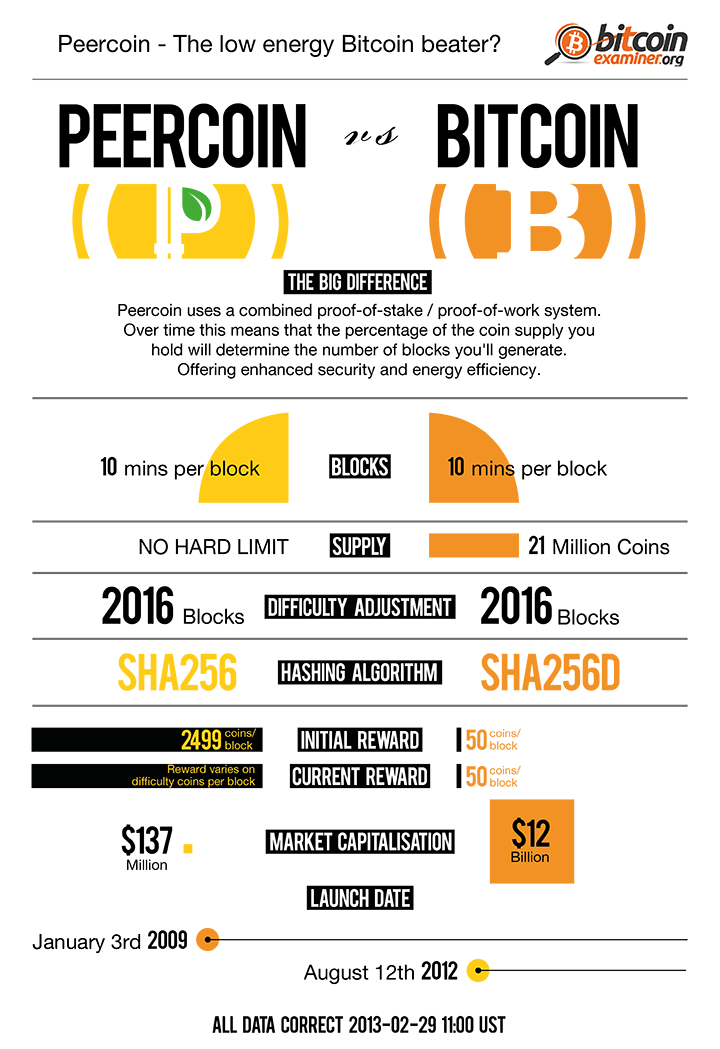