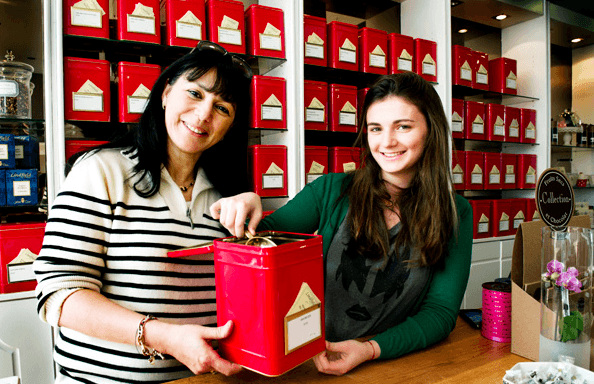 ShopJoy is an Australian online retailer that’s known for selling novelty and unique gifts which are perfect for any occasion. Along with smartphones and tablet computers, they also offer a plethora of unique gift concepts that are otherwise hard to find in Australia. They include framed designer origami and socks in an egg box.

Shopjoy along with Visa, MasterCard, and PayPal has recently started accepting payments via Bitcoin, using the payment processor Coinbase, which has been gaining a lot of traction recently with major websites such as Expedia, Overstock, Glyde, Cex, and Dish all adopting Coinbase. ShopJoy co-founder Jon, said in an interview that he started following Bitcoin near the tail end of 2013. He admitted that ShopJoy should have adopted the digital currency right then. “Accepting Bitcoin in 2013 makes you look like a leader, whereas in 2014 a follower.”

“We wanted to be sure that Bitcoin itself is solid, but the real delay was in choosing a payment processor. We went back and forth between Bitpay, Coinbase and even Blockchain.” In the end Coinbase was picked due to its wide adoption by both consumers and big name merchants alike.” Jon told us.

Soon after Bitcoin payment went live on ShopJoy, Coinbase had updated its secure merchant verification process, which at the time could only verify US-operated businesses. Businesses from the rest of the world, including ShopJoy, were unverified. Each time a shopper went to checkout an ominous message greeted them: 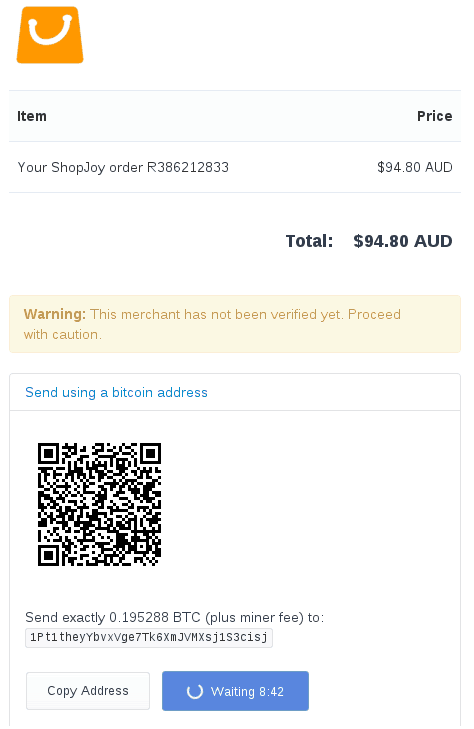 Warning: This merchant has not been verified yet. Proceed with caution.

“It’s a little ironic that the first thing Coinbase – a solution that was chosen after careful consideration – did was to slap us with a scary warning sign. Their merchant service was responsive with our enquiries – credit to them – but had no real solution for us. Eventually the warning sign just went away on its own,” Jon continued.

All is Good at ShopJoy

Now that Bitcoin payment is working smoothly, ShopJoy has been promoting Bitcoin more heavily. “We proudly mention Bitcoin on the shopfront, we blog about it and we tweet about it too.”

“Initially I expect there’s a lot of hesitation from the general public in Australia but I think the rise of digital currency is inevitable. So many things in our life are already digitized, Bitcoin seems like a logical next step in the online world.”

Visit Shop Joy and see if to see what they’re offering. You may spot something that sparks your interest!