Skip to content
You are at: Home » News » New Zealand’s central bank “not threatened” by Bitcoin: it’s a “realistic substitute for cash”

Unlike other banks across the world, New Zealand’s Reserve Bank (RBNZ) is not afraid of cryptocurrency. The institution’s deputy governor has revealed the bank is “not threatened” by the rise of Bitcoin and other digital currencies. Grant Spencer made the statement during Payments NZ, a two-day international payments conference that happened in Auckland.

Spencer’s opinion is clearly different from other opinions we’ve heard this year. “As the currency issuer, the Reserve Bank does not feel threatened by Bitcoin which seems to behave more like a commodity than a currency“, he said, quoted by Stuff.co.nz. Most of the authorities sit on the other side of the fence, constantly issuing warnings against Bitcoin and talking about the potential risks of this activity. 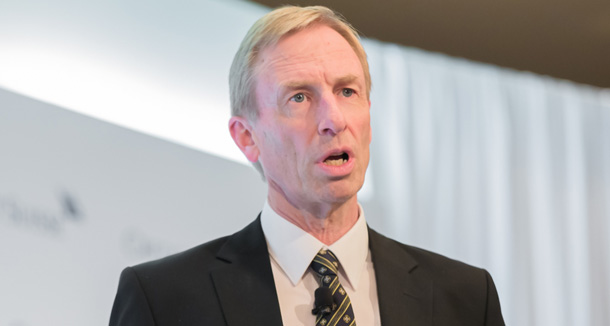 But the deputy governor of the RBNZ had more to say about digital money “I do not doubt that future digital currencies will become more realistic substitutes for cash“, he forecasted.

However, this doesn’t mean that Spencer is not worried about the growing connection between money and technology. The bank’s chief said that with a number of new players entering the payments market, an extra effort to maintain safety also has to be made.

This greater use of technology is making our lives easier but also brings increased operational risk.

According to the deputy governor, new technologies definitely carry increased operational risks that could disrupt the national and even the global economy. The solution relies on the payments industry’s ability to reply in an innovative and efficient way.

For now, New Zealand’s Reserve Bank will focus on its “non-intrusive” and “low-key” regulatory approach to cryptocurrency. Although the RBNZ did issue mild warnings about Bitcoin in 2013 (alongside the Australian central bank), its description of the technology as something interesting reveals a lot about the institution’s opinion.