Skip to content
You are at: Home » News » New BTC-O-MATIC vending machine arrives in Amsterdam

Amsterdam was already a Bitcoin-friendly city, but the new cryptocurrency ATM in town will surely improve this status. The machine, manufactured by the startup company BTC-O-MATIC, can be found at the coffee shop Courtyard of Wise, located near the Amsterdam Centraal station.

The information was recently revealed by the website CoinCourant.nl.

The firm is currently developing four different types of device: the Flyex, DualFly and MiniFly – all considered vending machines and not properly ATMs -, as well as the FlyMaster, the only one that executes two-way operations. The prices per unit float between $4,000 and $7,500.

This one located in the Amsterdam-based coffee shop is a DualFly, which means it will only perform one operation, allowing the users to buy digital coins with fiat currency.

The device is already installed, but is not working yet. It will officially start operating on Wednesday (30th April), during the Dutch Ethereum & Bitcoin Meetup, according to NewsBTC. A Redditor added the machine will charge a fee between three and five percent per transaction. 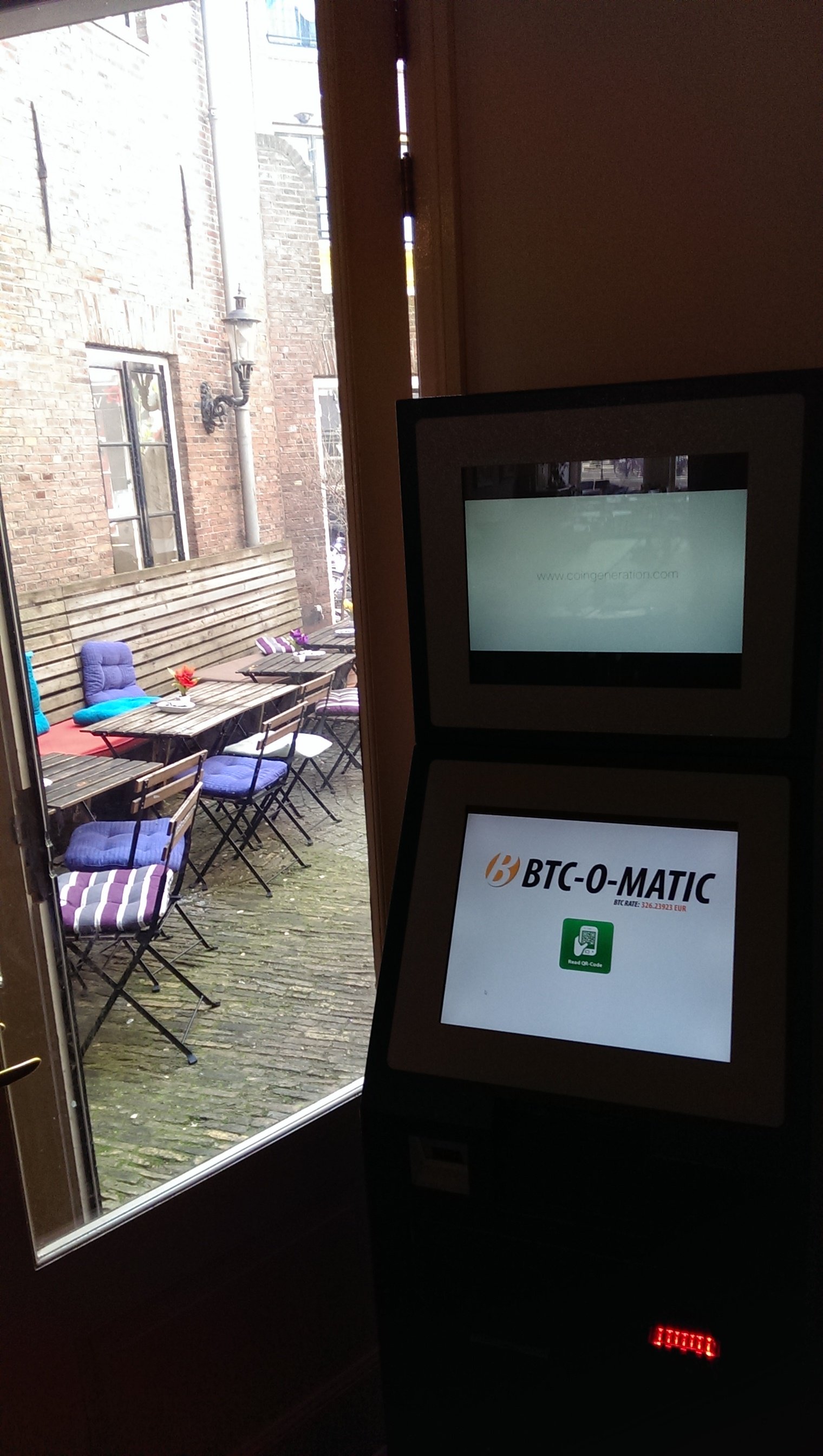 The vending machine is also arriving just in time for the Bitcoin Conference 2014, which will happen between 15th and 17th May, in the Dutch capital.