Skip to content
You are at: Home » News » Nasdaq Plans To Introduce Blockchain In The Private Market 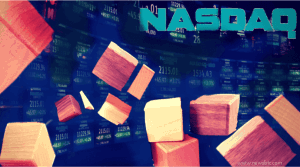 Management of private companies’ shares has for long been a costly, labor-intensive procedure that involved a lot of paperwork as well as spreadsheets, advocates and other times, filing of bank vaults and cabinets. In spite of all this effort, a lot of the things that were represented on the papers were usually out-dated. This is as a result of employees being laid off or due to them buying the stock that is motivating their options.

In the past few years, there have been several companies which have come up in order to introduce software which is in a position to manage the capitalization table of a company. This is simply a record of “who” really owns “what” in the company under consideration. This advancement has consequently replaced paper stock certificates as well as spreadsheets, paper convertible notes and paper options grants.

The blockchain is a kind of a shared distributed ledger which records and stores all digital assets. It also is the mechanism which parties can make use of in transferring those assets. This technology is set to be rolled out later this year on Nasdaq Private Market (NPM). It is the type of technology that underpins the currency bitcoin that is digital. The aim here is to create a much better model of corporate governance.

Chain Inc. has recently signed onto NPM where it is going to be the first to make use of the blockchain technology in managing its shares when NASDAQ finally makes the service accessible later on this year.

The reason why many companies are interested in the Bitcoin technology is because blockchain is superior to the software by far. This is because with the software, one has to incur a lot of costs in order to ascertain that there are no errors since there are human factors that are involved in the recording, transfer as well as valuation of work around the securities.

Blockchain, on the other hand, permits each and every transaction to occur in a secure manner and in a way that it is documented on a public ledger. Also, Copies of these are held by all computers across the world and they are synced in a continuous manner so that each ledger do agree with all the other ledgers on such matters as when  assets or money has been transferred, how much as well as which party did the sending and who it is that received.

Another advantage that blockchain has over any particular software is the fact that most companies prefer trusting blockchain to having a third party keep their records. This indisputable public ledger is advantageous in that the record-maintaining mechanism allows one to trace back each and every action as well as activity ever carried out on the company over a very long duration of time.

One of the reasons why companies are seeking better ways of managing cap tables is because companies are opting to remain private longer even when their valuation has already risen past one billion dollars.

The Chain partnership with NASDAQ is the start of a trend for Wall Street, a trend of sightseeing the possibilities that are offered by both the blockchain and the digital currencies. Numerous main Wall Street institutions such as New York Stock Exchange and Goldman Sachs made announcements of investing in or partnering with Bitcoin startups.

Chain did announce a partnership with Gyft that is possessed by universal payments technology company Firm Data in order to operate power gift cards for small to medium enterprises. This startup, that not only operates with the older financial organizations but also prides itself in having over three thousand developers making use of its tools in creating apps, has obtained fifteen million dollars in funding from SV Angel, RRE Ventures as well as Khosla Ventures.

As it now clearly comes out, many companies are crossing their fingers that once this Bitcoin technology has been made available, they will enjoy the convenience of transacting business using it. NASDAQ, on its part, can only hope that it does not let down all these companies that have invested in it.