Skip to content
You are at: Home » News » Exchanges » Is it time for Mt. Gox’s last breath?

February 25th will probably be a day that many Bitcoiners won’t forget: this Tuesday could might as well mean the definitive end of the erstwhile extremely powerful Mt. Gox. The exchange’s website is currently down and all operations were disabled, a denouement many cryptocurrency fans were expecting.

“In light of recent news reports and the potential repercussions on MtGox’s operations and the market, a decision was taken to close all transactions for the time being in order to protect the site and our users. We will be closely monitoring the situation and will react accordingly”. These are the sparse words that now appear where previously the website’s visitors could see Mt. Gox landing page. 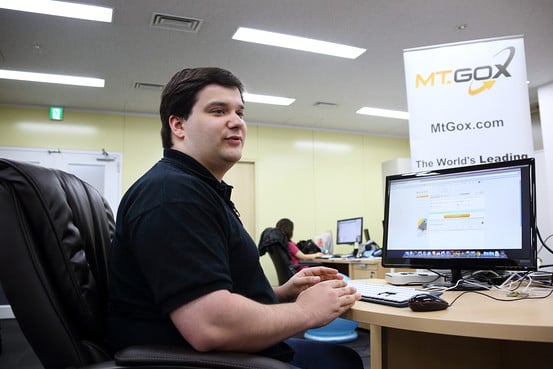 After resigning from the board of the Bitcoin Foundation, the CEO Mark Karpeles told Reuters the exchange is now “at a turning point”.

“We should have an official announcement ready soon-ish. We are currently at a turning point for the business. I can’t tell much more for now as this also involves other parties”, Karpeles added.

Rumours now spreading throughout the web claim the trading platform could be sold in the near future.

Several big exchanges are saying “this tragic violation of the trust of users of Mt.Gox was the result of one company’s actions and does not reflect the resilience or value of Bitcoin and the digital currency industry”. The executive chiefs of big names like BTC China, Coinbase, Bitstamp.net, Kraken, Blockchain.info and Circle have publicly announced they stand for this opinion, part of a statement published on Coinbase’s blog.

Bitcoin operators, whether they be exchanges, wallet services or payment providers, play a critical custodial role over the bitcoin they hold as assets for their customers.  Acting as a custodian should require a high-bar, including appropriate security safeguards that are independently audited and tested on a regular basis, adequate balance sheets and reserves as commercial entities, transparent and accountable customer disclosures, and clear policies to not use customer assets for proprietary trading or for margin loans in leveraged trading.

Representatives of the Bitcoin Foundation admitted they were “shocked to learn about Mt.Gox’s alleged insolvency”, according to RT.com. “While we are unable to comment on whether or not Mt. Gox’s business operations employed operational best practices and reasonable accounting procedures, we can assure the public that the Bitcoin protocol is functioning properly”.

Amidst the turmoil, the company SecondMarket has announced its plans to launch a New York-based cryptocurrency exchange. Fortune reports that the idea still needs to be formally approved during the firm’s monthly board meeting, which is scheduled for next week.