Skip to content
You are at: Home » News » Micky Malka and Bitcoin: “money is ripe for disruption”

In only four years, Bitcoin has helped create a lot of prominent new figures like Meyer “Micky” Malka, the founder of Ribbit Capital.  The entrepreneur, who says that Ribbit might be the largest venture investor in its category, has made several bets on the cryptocurrency since 2011 and he’s not sorry.

Micky Malka has a long experience in the disruptive financial area: he even founded five companies in this field spread across the USA, Europe and also South America. But, what’s really on his mind? “Money is ripe for disruption”, he says, as he claims that Bitcoin has a lot of specific advantages depending on the needs of the user.

Besides, he always likes to remember that cryptocurrency is safe and easy to use. “Think about it. Today, it’s easier to make a phone call to anyone around the world for free than it is to send that person $100. It’s easier to buy a $200 smartphone than a $1 app”, Malka said during a debate at the recent Next Big Thing Summit. 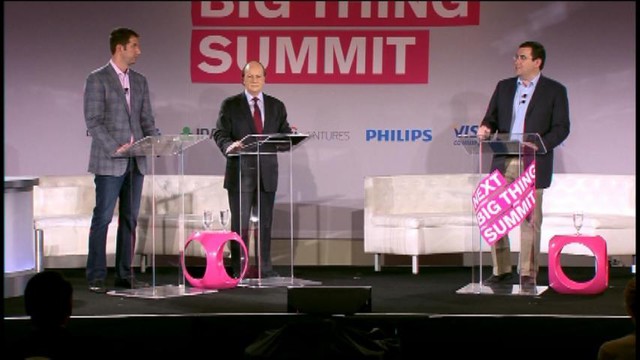 In his opinion, Bitcoin infrastructure is still in the beginning of its potential evolution. It’s still not ideal and can be improved, but it works and that’s the most important thing. What’s really missing is more solutions and companies that make Bitcoin easy, that make it seem closer to the users.

And what about regulation? Malka welcomes regulation, since it means the Bitcoin’s ecosystem has grown enough in every aspect to make the governments look at it in a serious way. “I tell my entrepreneurs that it’s important they understand what business they are in and that they can explain it coherently to regulators should they ever need to”, says the founder of Ribbit Capital.

Regarding the question of anonymity, he sees it as a necessary step in the maturation of the Bitcoin system. “Think about it. Do you think our lives in general are more anonymous or less anonymous than they were 50 years ago? Bitcoin is much less anonymous than cash, but that does not make it less useful”, he adds.

And, then, there’s the question of price fluctuation. To Micky Malka, Bitcoin’s volatility will continue in the foreseeable future. Especially because there are only about one million of users in the world: this number needs to grow to make Bitcoin steadier. Once cryptocurrency’s existence is even brighter, this will be like a vicious cycle. Bitcoin will arrive to a much larger number of users and maybe help more people from countries that are deep in financial crisis.