Skip to content
You are at: Home » Bitcoin Values » LocalBitcoins Data Breached but Bitcoins and User Data Safe!

LocalBitcoins – the first and most popular platform for buyers and sellers to exchange, buy and sell bitcoins locally announced today their site experienced a “very dangerous attack” that shook their infrastructure to the core. The good news out of this is that they also reported that the hackers did not get away with any users’ data or bitcoins!

LocalBitcoins is one of the of the most popular bitcoin trading sites or bitcoin trading exchanges to have come under hacker attacks within the last few months. MtGox was forced to file for bankruptcy after hackers made away with most of their stored bitcoins belong to both users and MtGox owner and investors. 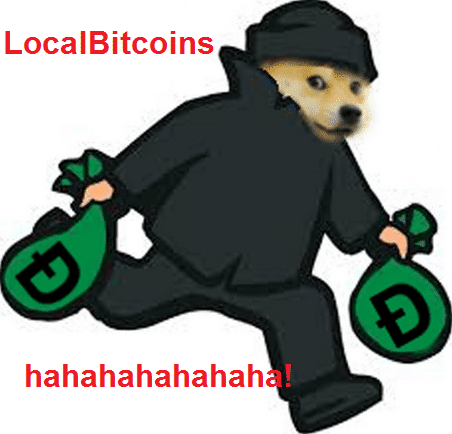 “have been stolen user credentials through phishing or malware. So far nothing indicates that this have been a security flaw on the website itself, but we are going to continue investigating the case.”

LocalBitcoins received a very dangerous attack against the site infrastructure on Saturday 3.5.2014. For now

LocalBitcoins hosting provided received a request to restart the LocalBitcoins.com website server and give access to the server console (root) on Sat May 3 13:32:27. LocalBitcoins team did not initiate this request. For now, it looks like the request was made using spoofed email addresses and other weakness in the hosting provider support system.

It is very unlikely that the attacker gained access to any data;  LocalBitcoins is still performing full investigation on the matter.

LocalBitcoins team will make further announcements when the investigation proceeds and the site becomes available again.  We expect to spend at least 24 hours on this. LocalBitcoins team apologizes the issues the downtime may cause to the users.

Is LocalBitcoins another MtGox in the making? What do you think?