Skip to content
You are at: Home » News » Adoption » Japanese giant Rakuten will “probably” accept Bitcoin

It looks like not even debacles like the Mt. Gox downfall, a massive Bitcoin earthquake with epicenter in Japan, have been able to demote big Japanese companies from investing in or adopting cryptocurrency. Rakuten is the latest major business to consider accepting BTC as a payment option.

The e-commerce and Internet company based in Tokyo might soon adopt Bitcoin, according to founder and CEO Hiroshi Mikitani. The entrepreneur, one of Japan’s richest men, hinted at the possibility during the Rakuten Financial Conference, which happened this weekend. 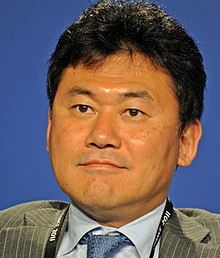 “We are thinking about it, and we probably will. We would like to be open,” Mikitani said at the conference. The event included a panel where experts discussed cryptocurrencies and other alternatives to fiat currency and credit cards.

However, the CEO of Rakuten didn’t reveal when the company might adopt Bitcoin. According to Mikitani, who first talked about BTC last summer, the deadline is a trade secret.

This means that the world’s most famous digital coin is also likely to become a payment option at Rakuten Ichiba. The website is the largest e-commerce platform in Japan and is among the world’s largest by sales along with other giants like Amazon. In 2013 the company reached a whopping $5.3 billion in revenue, Wikipedia says.

Rakuten’s interest in Bitcoin is not exactly a surprise. The company previously founded a department to study digital currencies. The Japanese giant has also invested in cryptocurrency-related ventures in the United States. One of them is the well-known San Francisco-based Bitnet Technologies.