Skip to content
You are at: Home » News » Innovation » Integrating Blockchain Based Voting Machines for Election Efficiency

Voting is an essential requirement for a working democracy. When citizens of a country are allowed to vote, they are given the freedom of expressing their opinions in deciding the manner in which their country should be run and by whom. This voting process is not an easy especially when dealing with a large population. Collecting votes from millions of people is quite cumbersome when the system in use is not effective. For years on end, the voting techniques that have been in use have not had any considerable advancement. They are, therefore, now long overdue for some update. The primary challenge with these antiquated methods comes down to centralization.

The current system vs. the new innovation 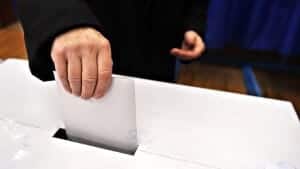 The voting methods that are currently in use need a lot of human involvement; ranging from vote counters to poll workers, to the institutions as well as engineers who make the voting machines. In addition, there are also the oversight groups who do employ other people to supervise these election workers. These voting methods are both expensive and inefficient. They are also highly susceptible to manipulation and fraud thus the need to be improved.

This is where Bitcoin technology comes in to provide us with an improved system of voting that is made from the ground up. This new system offers a secure as well as decentralized voting alternative. Consequently, the voting integrity, cost and security are drastically decreased by making use of the blockchain. We are going to have a deeper understanding of what these blockchain-based voting machines by Bitcoin technology are all about.

What is a blockchain? 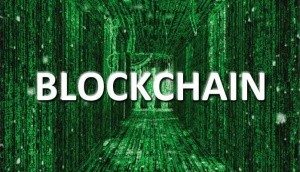 This is a public ledger designed for the sake of carrying out transactions. By making use of it, all conducted transactions are broadcasted to a network of subscribing nodes where each and every node updates its very own duplicate of the ledger so as to show those latest transactions. Upon verification of a new number of transactions, a block gets created and is added to this blockchain. Transactions for the ledger are all visible publicly and are verifiable going by the previous blocks.

What is blockchain apparatus?

The blockchain apparatus is considered as flexible, adjustable as well as customizable in order to accommodate its client’s ever-changing circumstances and upcoming advances in the blockchain-derivative technology. The main objective of this technology is to maintain dependence on decentralized consensus so as to produce information integrity that other human-reliant centralized systems are not in a position to provide without risk of mistakes, errors, malfeasance and corruption.

Why is it better?

Bitcoin is a robust and decentralized ledger that is made secure by computers around the world which operate the Bitcoin software. This can be thought as a globally transparent book of accounting, shared globally and that everyone has access to and can interface with. The Bitcoin protocol, through the concept of cryptography and game theory, creates an incentive financially in order to ascertain its network security. This blockchain-based voting system is therefore superior to the usual state sponsored systems. This is especially so for those countries with a corruption history.

Bitcoin technology provides an essentially different approach to collection of votes with its automated and decentralized secure protocol. It does solve the challenges of paper ballot as well as electronic voting machines making it possible to have a cost effective, open and efficient system that is audited easily by both the individual voters and the community at large. Bitcoin technology enables a system where each single voter is able to verify that his or her vote was counted, views the votes for the various candidates and also issues cast in good time. This way, the voters can ascertain that there is no manipulation or fraud by the election workers.

Blockchain-based voting machines can therefore be the ultimate solution to most issues that are currently plaguing the process of voting without depending on legislation or any extra bureaucracy.