Skip to content
You are at: Home » News » Adoption » Gyft launches points program and gives 3% back on Bitcoin purchases

The Bitcoin-friendly platform Gyft, which sells gift cards online and via mobile devices,  is launching a new feature that promises to make the users even more pleased: a points program specifically designed to reward consumers for their growing use of gift cards. Besides, the company is also expanding its payment options by including PayPal, in addition to credit cards and cryptocurrency.

The new Gyft Points will give consumers up to three percent back on gift card purchases, in order to reward the best clients. And just in time for the holidays, a period when the sale of e-cards usually goes through the roof.

Actually, according to a report by the National Retail Federation, almost 60 percent of Americans like to receive gift cards, which is great news for Gyft clients, who can choose from more than 200 retailers and earn Gyft Points to use during future purchases.

The customers using Bitcoins will earn three percent, PayPal users earn two percent and, finally, credit card purchases earn one percent back. This means you earn triple points for each US dollar you pay with Bitcoin and, once you have 100 points, you can redeem $1 towards your future purchases.

According to Gyft’s CEO, this is the company’s way of thanking the community. “With the launch of Gyft Points, we are showing our appreciation to our customers for helping us become the leading mobile gift card retailer”, says Vinny Lingham. “We have also chosen to reward and thank the Bitcoin community in particular for their support, with three percent back in points for all purchases made using Bitcoin until the end of the year – which is better than any credit card program out there”, he adds. 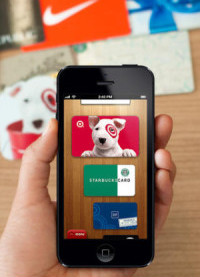 Besides, as a part of the launch, “Gyft is giving away over 10,000,000 in Gyft Points from now until the end of the year to reward customers for all their purchasing and usage of the service”.

In the meantime, Gyft is also developing other features thanks to an investment of $5 million, mainly the expansion of the service to new countries “where there’s a high risk associated with accepting credit cards and where Bitcoins are taking off”. For now, “Gyft is focused on retailers as this is our busiest time of year”, but the company plans “to evaluate international expansion after the first of the year”, Vinny Lingham told Bitcoin Examiner.

As recently stated by Gyft, the number of clients that use Bitcoin is growing. The company has even registered the doubling of cryptocurrency sales in the past month. So, apparently, the Bitcoiners aren’t holding on to all their Bitcoin as the price rises. According to Gyft, “the thousands of members who are only using Bitcoins, have an average gift card purchase of $100”.