FREE BITCOIN CRASH COURSE
Enjoyed by over 100,000 students. One email a day, 7 Days in a row. Short and educational, guaranteed!
You are at: Home » Coinbrief » Bitcoin » How to Grow the Bitcoin Community Via Awareness

Who The Community Should Be Trying To Educate About Bitcoin

While the simple answer to this question is,”anyone who will listen,” that may not be the most effective use of time and effort.  Any opportunity to educate people about, or explain, Bitcoin, other digital currencies or blockchain based systems should be taken, but it should not be jammed into anyone’s face that does not care to listen.  Pushing people to listen who have no interest, or have already made up their mind about Bitcoin is likely to backfire.

So, to maximize the impact, I think the focus should really be on people that are more likely to become involved, be open minded, and have at least a basic understanding of technology.  More specifically, I believe there are three obviously important groups, which are all closely related, and have the highest chance for success, plus one large group that overlaps all three: 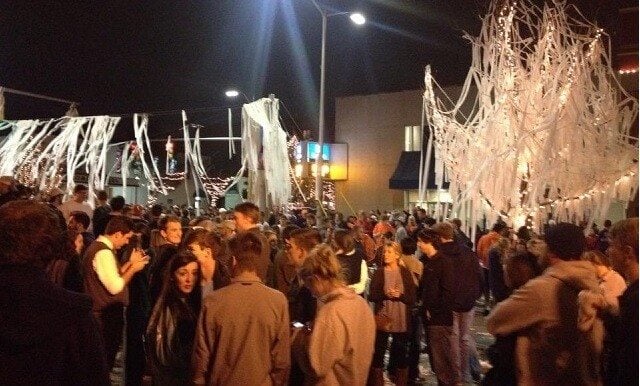 In my experience college students and graduates, especially recent graduates, tend to be very open minded to new ideas, and are eager to learn.  In the case of Bitcoin, this is especially likely in individuals that studied, or are studying, in a field related to computing, finance, economics, business, or any other area focused on money or technology.  These are the people that Bitcoin, and other digital currency, will likely impact in the near future, and are likely to be interested in the subject.  People in these fields that are going to college, or have recently graduated, are also the largest demographic in the digital currency community today, so it is more likely to run into someone that already knows about Bitcoin, and how it works.  Of course, if that is the case, that could be advantageous if others are nearby, as they would be immediately exposed to your conversation, and may ask questions, or want to learn more.

This group has a lot of overlap with the previous, but I mention it because the focus shouldn’t be limited to just college students.  College students may be the most likely to jump onboard with digital currency, but almost all people in their 20s and 30s are old enough to remember a time before the Internet (or at least before it completely revolutionized the world), but were still young enough to experience it’s evolution as they were maturing.  That puts this age group in a unique situation, as they are the oldest group where the majority has at least a basic understanding of computing, and related technology, yet are the youngest group to witness how a novel idea was able to change so many aspects of people’s daily lives.

I am a member of this age group, and there is a good chance that you are too (based on our audience demographics), so you know this without me telling you.  Compare Bitcoin, or blockchain based software in general, to the internet and you will get people’s attention in this group (and the comparison is fair if both Bitcoin and Ethereum, or something similar, succeed). 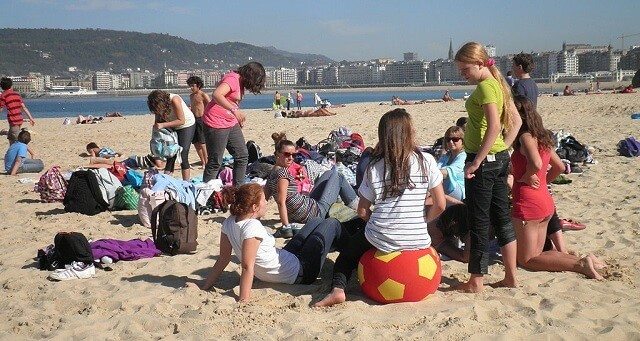 Original By Joxemai (Own work) Cropped By Dustin O’Bryant[CC-BY-SA-3.0], via Wikimedia Commons

While I consider this group to be slightly less important to Bitcoin at the moment, it not because they do not understand or care, because they quite often do.  The only issue is that, outside of a few extreme examples, the vast majority of teens are not going to have the time, freedom, or ability to seriously impact the market, or influence others, until they move up to the ages mentioned above.  Even so, this group will be important very soon, and tend to be much more tech savvy, on average, than the generations before them.  Teenagers have grown up in a time where computers, and the internet, have ruled the world, and may have witnessed, and understood, the portion of the transition that happened in the late 90s – early 2000s. 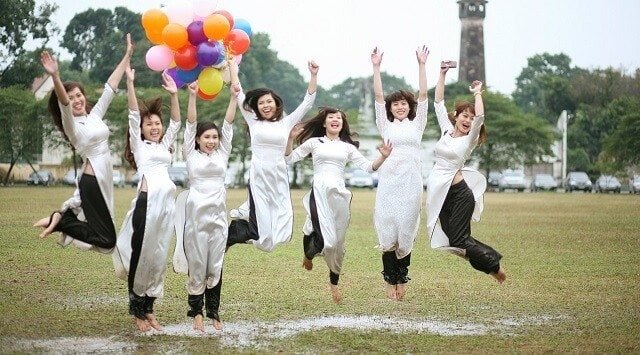 By putting women at the end, I in no way mean that this is the least important group (in fact, it is likely the most), but rather because it overlaps with all of the other demographics listed.  I know this seems like a strange category to add, and it was not part of the original outline of this article, but was added because of something that we discovered while this was being written.  40% of all employees working in “Securities, Commodity Contracts and Other Financial Investments and Related Activities” in the US in 2013, and ~25% of workers in “Computer & Information Systems Managers” as well as “Computer & Mathematical” in the US in 2012 were women, which are numbers that are expected to grow in the future, but for some reason this does not seem to translate to similar levels of interest in digital currencies.

While we do not have immediate access to what percentage of women are working in companies that are dealing with digital currencies, we do have access to the user demographics of multiple Bitcoin and digital currency news websites, forums, exchanges, etc.  Across the board, for all of the websites that we checked, women seem to only make up around 10% of the community.  It is difficult to say exactly why this is, but it is definitely a problem.

In many industries, this is an issue that is being examined at the moment, but as noted above, it is not as severe as in the digital currency world.  This is not just an industry, but the start of new currencies that are vying for mainstream use.  There must be as close to equal representation by both men and women, in the digital currency communities at least, even if that is not fully realized immediately on the industry side, if they are to ultimately succeed.

Where To Find Opportunities To Introduce New People To Bitcoin

Randomly talking about Bitcoin to every person you see (or even just every one that meets the above demographics) may not have the highest success rate, and may even annoy or upset some people.  Of course, if that is how you would prefer to go about it, then the choice is yours.  However, there are many ways to meet new people in situations that would allow for more natural, open discussions.  It would be impossible to list all of the potential locations to employ this, as the places people meet and socialize is only limited by people’s imagination and interests.  Even so, these examples may be helpful for anyone that would like to try to help build the community, but are not sure where to start. 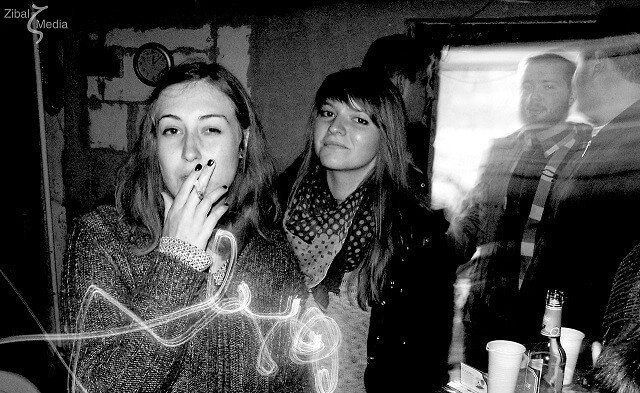 This may seem like an unlikely place to talk to people about Bitcoin, as financial systems and currency are not the first words that come to mind when one thinks of a party, but it is surprisingly effective.  In yesterdays article, I mentioned this, as my recent experiences staying in a German dorm are what prompted me to write on this subject.  I met many educated, interesting people during the course of my trip, and when I was asked about my work, I was blown away by the fact that no one seemed to know anything about Bitcoin.  In fact, if you are reading this, there is a chance that you are one of the people I met during my trip, and I have sent you a link to Coin Brief.  Welcome! 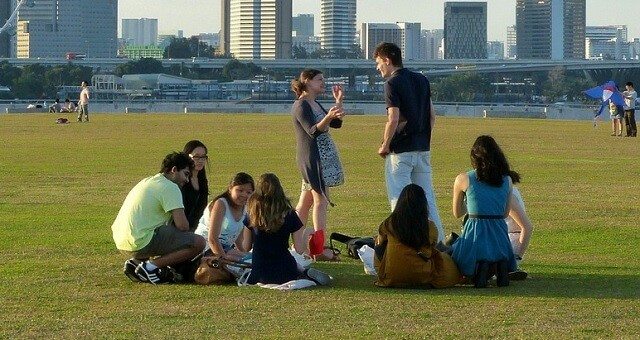 No matter where you live, there are likely many social groups in your area, and some of those groups may be appropriate for discussions about Bitcoin.  Any group related to technology and computers would be a great place to start, even if Bitcoin is not directly related to the focus of the group.  Of course, remember to not push it on people at inappropriate times, but keep it at the back of your mind.  In fact, the best way to go this route with it is to find a social group that you actually very interested in (I do not suggest going to a meetup about a subject you do not like!), and only bring up digital currency if you see a good opportunity.  You may even make a few new friends in the process!  Meetup.com is a good place to find groups in your area, and many other social networking sites offer meetup or group services as well.

Not everyone is a gamer, but if you are, it is the perfect place to talk to people about absolutely anything.  While this applies mostly to extremely social games, such as MMOs, it could be true for many other online games as well.  A disproportionately high number of online gamers already know about digital currencies, and the online gaming industry is one of the areas with the highest potential for easy use of digital currencies, but the number of people that are gamers and actually are involved with digital currency, or even understand it, is still tiny overall. 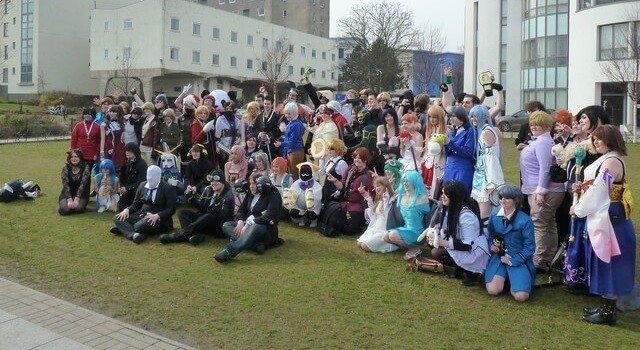 Lately it seems that there are conventions and/or expos for every industry, subject, or interest.  Pick something you like (other than digital currency) and attend one.  Like social groups, this is a great way to meet new people with similar interests, and speaking with people about digital currency should not be your focus when attending one of these events.  Still, you are likely to find opportunities to discuss whatever you like with people that have a similar mindset to your own, and thus will be more interested in what you have to say. 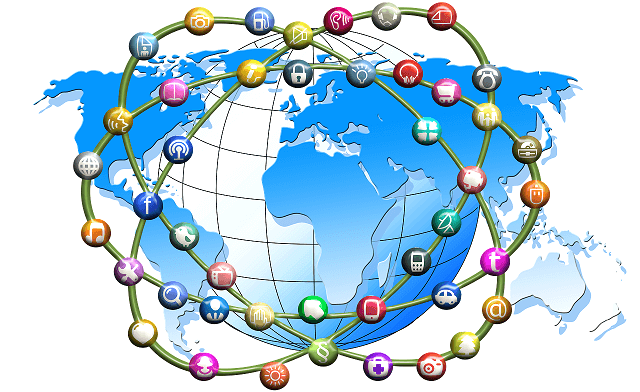 Talk to old friends, or new friends on social media.  Like, tweet, and share articles.  Be proactive, and like, comment, or otherwise engage people on their own posts (but don’t interject digital currency information when doing so, unless it is very appropriate), as that will make them more likely to engage yours.  Be social in every way you can, and use the interest you generate to educate people.  Social media is wonderful in many ways, and the more articles and information about digital currency that goes viral, or is at least shared by members of the community for their friends and family to see, the more likely it is to catch their attention.

Anywhere You Can Find Interesting People 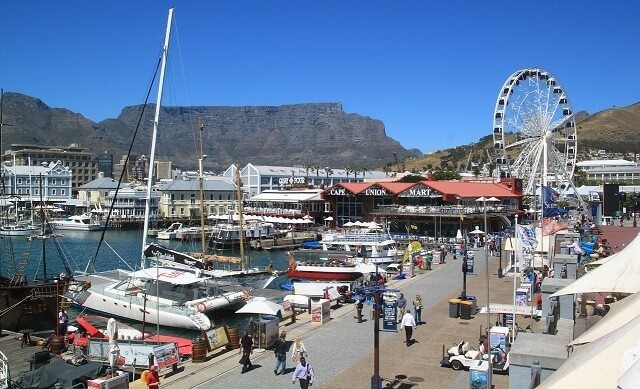 As I said, it would be impossible to make an extensive list of places to talk to people, as the number, and types, of places, events, and gatherings is beyond measuring.  Do what is comfortable to you, and don’t try to force it.  If everyone in the community would just start to watch for chances to talk to people about digital currency, and prepare themselves to explain Bitcoin, digital currency, and the blockchain in a coherent, understandable way, that would make an impact larger than anything that has happened thus far.  I know it is a long shot, and I am not sure how many people will actually take this advice and try it, but movements are built on the backs of individuals.  Not everyone needs to, or can, start a Bitcoin related business, or invest thousands of dollars in the market, but anyone can communicate the idea to others.  Lead by example, and help to educate the world.