Skip to content
You are at: Home » News » Opinion » Gavin Andresen: “there’s a small chance that Bitcoin will get really, really big” 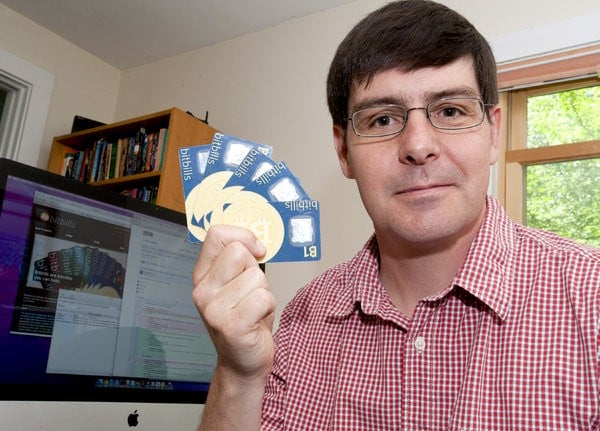 One of Bitcoin’s gods, Gavin Andresen, was recently interviewed by CoinDesk. The expert, who is chief scientist for the Bitcoin Foundation and lead developer for the Bitcoin open source project, talked about the present and the future of the digital currency he helped bring to the world.

Since this was a really complete and interesting interview, we selected some of his best statements about Bitcoin to show you. According to Gavin Andresen, Bitcoin is so great because it “lets people take back control of their money and payments. From a purely technical point of view, it’s just fascinating to me that the technical problems were solved (to make Bitcoin happen). It’s a really interesting project from a technical view. It’s a potentially world-changing idea”.

Strangely, he has a “pretty conservative” financial life. “Despite holding some Bitcoin, most of my investments are in boring mutual funds. And my advice to people is always… don’t invest your life savings in Bitcoin, unless you’re willing to lose your life savings, because it is highly volatile and risky”.

Despite these advices, he explains why Bitcoin is so great, compared to other digital forms of currency: “the previous attempts at e-money or virtual currencies had some central point of failure. So if the company issuing the currency went out of business, the currency would be worthless. It turned out that the companies issuing the currencies did all go out of business. Smart people could see that potential and that prevented them from being successful. There was this single point of failure”.

“I’m a little controversial in the Bitcoin world because I do think there’s a role for governments: consumer protection makes sense. I think where Bitcoins are exchanged for national currencies, it certainly makes sense that whoever controls those national currencies might want to regulate that. While over-regulation doesn’t make sense, there is a role for regulation”, the expert adds.