Skip to content
You are at: Home » Investing With Bitcoin 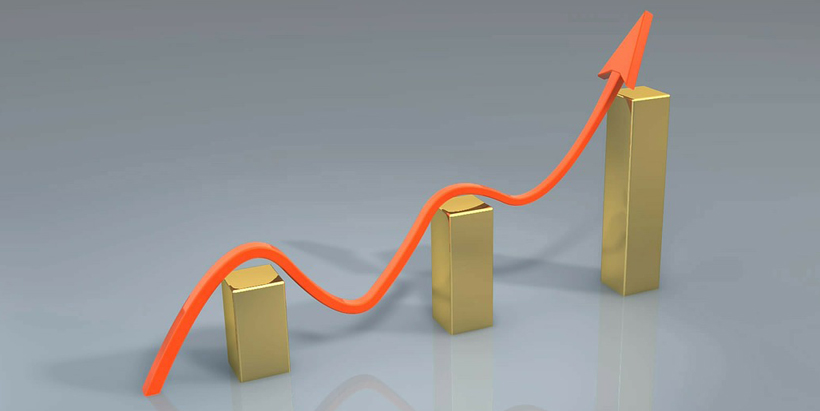 Bitcoin investment opportunities exist outside of simply speculating on the Bitcoin exchange rate. While many Bitcoiners choose to buy and sell bitcoins and profit from extreme changes in the exchange rate (a risky yet often lucrative strategy), others choose to directly invest their bitcoins in business ventures and securities with hopes of earning bitcoin returns and dividends. This strategy can be even riskier and more lucrative than speculation alone.

Why Invest with Bitcoin?

Bitcoins are a lot like cash: when you have them in your wallet, they’re in your control, and your wallet’s balance doesn’t grow until you buy or earn more of them. But unlike cash that’s in a bank account, those bitcoins you own aren’t earning any interest. The idea to put some of them to good use in the form of an investment and earn a little extra with a passive income stream seems natural. Since cryptocurrencies provide nearly frictionless value transfers, investments and Bitcoin could in fact be a very good match. The flipside is that investments are by their very nature a risk, this is even more true in the Bitcoin space. When you invest into a venture, you risk to lose your investment to failed business plans or to outright fraud.

In fact, quite early in Bitcoin’s history possibilities to invest in various projects materialized and the common promise was always that investors would get back more than what they had invested. Some of these investments turned out to be good opportunities for their shareholders, but many failed and their investors lost most or all of their bitcoins.

It’s important to realize that investments in the Bitcoin area are riskier than your usual stocks or other options in the regulated money world. Like Bitcoin itself, many ventures surrounding it are largely unregulated and there is little in the way of recourse, if an investment should turn bad. Be sure you acknowledge that, when you decide to invest your bitcoins.

If you are considering to invest with bitcoins, it’s therefore essential to weigh the risks carefully. You should in any case never invest more than you can afford to lose, because even a supposedly very low-risk investment still carries the chance of failure. Also never invest all of your bitcoins. It’s wise to settle on a certain percentage of your total holdings for possible investments. The exact figure depends of course on your value, your obligations and your risk affinity, but as a general guideline you should stick to 10% or less of your total holdings.

A direct investment is one where you give your bitcoins directly to the venture in question, which keeps an account of all investors and is directly responsible for paying back the investments themselves. The advantage is that no third parties are involved, at the same time this approach makes the discovery of a fair market value nearly impossible, because the trading of shares is complicated.

A security exchange is a central platform where investments are offered to investors. The shares are traded openly, making it easy to determine the current market price of a project. Ideally a security exchange also performs certain checks on new projects before they are listed, to confirm their veracity. The downside is that the exchange itself presents another layer of risk, because not only have you to trust the venture you are investing in, you also have to trust that the platform doesn’t get robbed or simply disappears.

Indeed, such exchanges have proven to be quite unreliable. A handful have come and gone, and each has left a host of angry investors in the wake of its closure. Furthermore, a lot of fraudulent projects have appeared on the various platforms, proving the initial checks questionable at best.

Right now only one interesting security exchange exists: Havelock Investments. Havelock started as a Canadian platform, but is now incorporated in Panama, mainly to avoid prosecution by U.S. authorities. Be sure you understand the regulatory implications, especially if you are a U.S. citizen, before you proceed.

Due to the history of past centralized security exchanges and bitcoins inherently distributed nature, the wish to create exchange platforms that are as decentralized as Bitcoin soon came up. The two main contenders right now are Mastercoin and Counterparty, which both offer a way to realize contracts by using Bitcoin’s blockchain. Both are also relatively early in their development process and are not yet ready for use by a wider audience.

Even if such a decentralized exchange should mature enough and establish itself as a viable solution for Bitcoin investments in the future, it’s necessary to understand that they are not infallible either. A distributed exchange system cannot guarantee that the party on the other end of a contract will honor their promises for example, they merely remove the third party risk that central exchanges present.

How to Find a Good Investment

Finding a good investment is a time consuming task, in the Bitcoin space as much as in the traditional money system. If you are not willing to investigate a possible investment thoroughly, you are probably better off not to invest at all. Always practice due diligence and make sure that you know exactly what you are getting into.

That being said, identifying a good investment is not a clear cut science. There are many indicators that expose bad investments as such, but the apparent lack of bad signals does absolutely not guarantee a good investment. Your assessment must also be flexible and adapt to changing circumstances. In other words, what might look like a good venture to put your money today, might be a bad investment tomorrow and vice versa.

A solid investment must always have a clear and realistic business plan. What will the investors’ bitcoins be used for? How will they turn a profit and how will investors be paid back? These are crucial questions and if somebody wants to take coins for a project, but cannot answer them sufficiently, you should stay away. Always subject the business plan to a hard reality check and be wary of the fact that entities who would like you to give them your bitcoins have a strong tendency to paint the opportunities in a very good light, even if they are not planning a fraud.

Make sure that you clearly understand an investment and the underlying venture. Take your time for the necessary research and also listen to the critics of a possible investment, especially if their opinion goes against your own. Don’t believe all the information published by a venture at face value, they usually act primarily in their own interest, for good or bad. If you have unresolved questions or are not quite clear on how some parts of the venture work, stay away. Some common signs of bad investments:

Where to Find Possible Investments

Apart from the mentioned trading platforms, investments are often presented in the securities sub section of the Bitcoin forum. There are a lot of questionable offers to be found there, be cautious and diligent. Other interesting places for discussion are the BitcoinStocks subreddit and the #bitcoin-assets IRC channel.