Skip to content
You are at: Home » News » Investment » Diversifying In Precious Metals And Bitcoin

Within the U.S. economy and all across Europe the injection of fiat by the central banking system in response to their conspired economic depressions has rocked an average citizen’s savings to the core. Many people are not saving at all, and those that can save a little for the future are scared that hyperinflation will destroy their living assets.

[tweet_box design=”default”]In the U.S. alone only 18% of workers are confident they have enough wealth to retire.[/tweet_box]

In the U.S. alone only 18% of workers are confident they have enough wealth to retire. It’s a scary time we live in where one’s life savings can be eradicated by the devaluation of sovereign currencies and poor fractional bank practices. The key to staying proactive by protecting your assets is diversification making sure your wealth hedges against nasty inflationary spirals destined to come.

Diversification can help a person save and protect themselves better than saving large amounts of cash. Fiat currency no matter what governance you live under is being printed by the central banking regime which currently network’s vast amounts of devalued promissory notes on a whim.

Every day the current currency giants the Euro, Dollar and the Japanese Yen are deteriorating at record speeds and being trampled by other countries fiat money. Just recently the Chinese Yuan has become the fourth most transacted currency in the world positioning itself as powerhouse due to its reliant economy. However, the Chinese market that might be a touch “stronger” is just as faulty and will fail with its use of printing money at a whim and manipulating interest rates.

There are a multiple ways to diversify and including cash in your portfolio is still recommended because saving cash as opposed to “digits” in a bank account may preserve longer. However, there are two solid ways to rail against inflation; saving bitcoins and precious metals which have consistently performed against the devaluation of legal tender. Some may disapprove of the thought that Bitcoin is included with metals as a hedging tool as it’s a very young medium. Bitcoin has proven to be a safeguard during times where governments have imposed capital controls on their citizens. 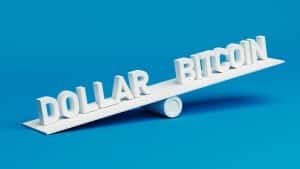 Bitcoins have met most of the qualities of sound money much like the precious metals that humans have saved as safeguards throughout the millennia. The currency is divisible and most importantly scarce with only 21 million cryptographically insured units. It’s not controlled by a central entity and cannot be massed printed.

In the closing end of 2014 Bitcoin has appreciated 2–400% per annum and in 2015 even with its price reaching certain lows it continues to grow in value. It’s a one of a kind technology that can be traded instantly in a decentralized environment that cannot be frozen at the whims of authority because there is none. The protocol is a secure ecosystem of sound money that can hedge against hyperinflation and devalued fiat that causes relentless economic busts and booms.

The U.S. Dollar and the Euro have been poised for ultimate collapse for quite sometime. For the past 15 years, many countries have been exiting the main system that keeps the dollar afloat the petrodollar. The petrodollar is a deal that was made over 40 years ago today which enables every export of oil in the world to be priced in U.S. Dollars. This has kept the survival of the bloated military industrial complex and all its wars alive and will continue to eat away at people’s savings. This arrangement has provided the Dollar a position as the global reserve currency and is slowly fading away as Russia and China are making new moves with Saudi Arabia.

Additionally the BRICS nations (Brazil, China, Russia, South Africa, and India) stepped up their game by telling the world they would work directly together as opposed to funnelling trades with the dollar. Within newly formed Bilateral Trade Agreements over the years the aligned countries took the next logical step by creating the New Development Bank. All of this action leads to wars over oil, austerity measures and the removal of people’s fundamental rights by a small group of sociopathic banking elites. 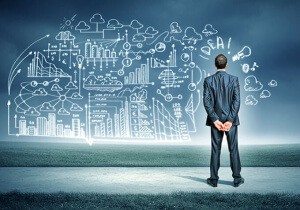 The currency wars have been raging for hundreds of years and continue to smash the wealth of ordinary people. All of them including Russia and China are printing and hiding as much debt as they can as they face economic turmoil. This summer the Shanghai Composite and the Shenzhen plunged roughly 30% over the course of two days and the month of July showed the Chinese market had lost about 2.36 Trillion in market value.

The Yuan and the Chinese economy is continuing to grow at exponential rates in contrast to other leading countries. Despite China’s growth the fact is their government and colluded banks are printing money like water. With this injection of printed cash, the centralized banks are lending to high-risk situations and economically unsound infrastructure such as fractional banking. All fiat money whether it’s the Yuan, Ruble, Dollar or Yen will surely collapse over the course of some miserable economic times leaving only sound money solutions in its wake.

Another option of securing your wealth is with precious metals (PM) which are also a viable alternative to the dying currencies. Gold and Silver have always been a great way to diversify over the last 3,000 years. These metals have retained their value over time as a currency, jewelry and critical components in many electronics.

Silver, which is the “affordable” precious metal was found after Gold in 4,000 BC and is the most electrically and thermally conductive metal in the globe. All precious metals have kept their value over time because most of them also keep to the ideals of sound money. Metals are scarce as well and cannot be mass produced enabling its owners a great tool to use against the inflation problems growing daily. 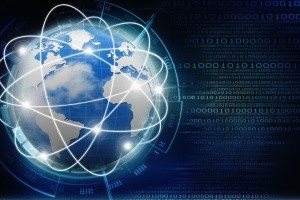 Both Bitcoin and Gold are great mediums of exchange and can help when it comes to diversified hedging. Saving precious metals and digital gold such as Bitcoin are just two ways one can diversify with and there are multiples of other asset avenues a person can take including food storage and property. The point is that saving fiat whether in its hard physical form or digits can be “ok” because saving, in general, is good practice.

The greenbacks you are holding are not backed by anything and could eventually fail at any given time. Keeping all your eggs in one basket is always proven to be a poor choice and diversification leads to better asset management and less risk in the end.

Saving with Bitcoin is new and exciting because it offers methods of trade that precious metals cannot give, such as sending millions across seas in a matter of minutes. Moving large amounts of gold or silver is just not that easy so holding all your money in precious metals may not be a good idea. Another fact is storing precious metals also can be very costly especially if you have quite a bit of gold and silver.

One of Bitcoin’s attributions is that it’s a portable digital form of scarcity offering an easier form of commerce than gold. Because Bitcoin is divisible by eight decimals and is capped at 21 million, it offers great liquidity within commerce guaranteeing transfer of ownership and a solid unit of account. Gold and Silver has lasted as asset safe havens for thousands of years, but Bitcoin in its early genesis is showing signs of greatness already with its achievements as a medium of exchange and store of value. 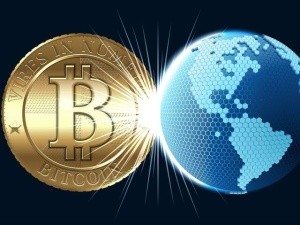 Diversification of both of these units offers one of the best things of all counter-economics that in turn helps the overall end game of offering choices in a tender. Currently, there’s been a significant downtrend in the Gold, Silver and the Bitcoin environment. Gold is running at a key juncture that could drop the price down to $1,200 USD giving PM collectors an opportunity to hedge some cheaper commodities.

The same goes for Bitcoin at the current time which has dipped this year but has remained steady in price since January and seems to be rallying upwards this past month. The breaking point past $250 USD towards $260 USD may happen soon as the price is wavering in between the 240-250 zone, but there may be a downtrend towards 200MA.

Both of these assets are at apparent lows, and those choosing to invest may want to look into this range. Diversification reduces risk in investing by spreading overall investments in a variety of assets and commodities. By investing in Bitcoin or precious metals, the intention is to offset the potential loss due extreme inflation and devalued currency that is systematically destroying the savings of average citizens. The new digital gold is also thwarting off attacks such as frozen account, capital controls, and extreme austerity measures. As of now it seems the future can be more solid when saving with honest and sound money.

1 comments on “Diversifying In Precious Metals And Bitcoin”