Skip to content
You are at: Home » Coinbrief » Altcoin » Darkcoin Added To Darknet Drug Marketplaces

Two online two marketplaces, the Nucleus Marketplace and the Diabolus Marketplace, have integrated Darkcoin, the anonymous cryptocurrency. Nucleus and Diabolus are the first drug marketplaces to start accepting Darkcoin, which has been striving to be adopted by the deep web for a long time, but with little success.

The online drug trade is a multi-billion dollar industry and could drastically affect the price and transaction volume of Darkcoin, if is it is widely adopted among the marketplaces. That is still far down the road, as both of these marketplaces are small, new players in the online drug trade. Nucleus will be leaving Beta this Wednesday, and Diabolus barely has it beat, as it has been operational for a few weeks now.

Nucleus will be integrating Litecoin as well, but has not said anything about providing escrow, a very important service, for the two Bitcoin alternatives. Diabolus has implemented full-multi sig for Bitcoin and is currently working on a Darkcoin version.

It is not a coincidental that Darkcoin is just starting to get transaction on online drug marketplaces now. The crypto-currency recently went open source and released its source code. Security researchers, like Kristov Atlas of The Anonymous Bitcoin Book, and Dark News, have begun to review the code of the Darkcoin, including its mixing technology, Darksend. While the code was still a secret, it was not possible to know whether there the coins weren’t being tracked or properly mixed. This requires people who used Darkcoin’s Darksend to trust the devs. In the world of online drug markets trust is very costly, and could result in jail time, or worse, if not careful enough. Since Darkcoin has opened its code to the public and has been vetted by security experts, it is finally ready for real world use.

Guns And Coffee For Darkcoin

While these are the first online drug marketplaces to accept Darkcoin, they are not first deep web businesses to.

The Armory, a deep web weapons marketplace, started accepting the currency 7 months ago. While the marketplace did a get a lot of praise for it, it is unclear whether it was ever actually used. Most deep web weapon dealers are scams, and it likely that the Armory is not any different. Many customers have complained that they have never received the weapons they purchased off the site.

A coffee bean business called, DarkNet Roasters, who partnered with CosmicBites, a medicated edibles vendor, started selling their goods for Darkcoin. There has also been a few drug sells that were paid with Darkcoin, but these happened off the marketplaces, because no marketplaces had Darkcoin integrated in their systems before. As a result, the regularity of these transactions are hard to gauge, but most likely they were oddities.

Darkcoin’s Anonymity is What The Darknet Has Been Waiting For

Darkcoin, as well as other anonymity focused crypto-currencies, have been on the minds of the darknet marketplace community for some time now. There has been many posts by users on /r/darknetmarketplaces, a major hub the community, pleading marketplaces to integrate Darkcoin. Some people have even offered bounties for marketplaces who would implement it.

Many users are tired of the process of tumbling bitcoins, also called laundering, in order to use them on the various online drug markets.  Bitcoin’s blockchain, which works as a public ledger, makes transaction anonymity very difficult. Bitcoin had much of it’s early success through the Silk Road, but as it approaches legitimacy and mainstream adoption, BTC is shying away from anonymity. That is why people are looking to Darkcoinsfor innovation in the anonymity space. Darkcoin offers automatic mixing through Darksend. Unlike Bitcoin’s payment network, Darkcoin’s automatically mixes coins through dedicated mixing nodes, called masternodes.

Darkcoin is Not Being Accepted Without Resistance

Darkcoin is not a no brainer for darknet marketplaces, and has experienced some controversy. A large portion of the darknet community have not been so willing to use, and integrate, Darkcoin. There are several reasons why they want to stick with Bitcoin. Bitcoin transaction anonymity comes from centralized mixers. While these are not ideal, they have worked very well so far. There are no known cases of someone being arrested because of their Bitcoin transactions. Darkcoin, as well as other crypto-currencies, are much younger than Bitcoin and have had less time to mature.  This means that even though Bitcoin’s price is quite volatile, Darkcoin’s price, and the price of most other altcoins, has even greater volatility.

Even with Darkcoin’s code finally made public, it has still be reviewed and tested much less than Bitcoin’s. There is also a huge task of programming the systems in order to accept, receive, and use escrow for Darkcoin. Darknet marketplaces take constant effort to keep secure and stable, making the time to add features, such as a new coin, very costly. There is also the bug testing, and maintenance afterwards. Escrow, a system that adds a third party to mediate transactions and prevent fraud, are particularly fragile, but essential, to online drug marketplaces.In the past, many have been used by marketplaces to steal users coins because of flaws in the escrow’s code. In order for Darkcoin to be used in escrow, its must have its own program. The newness of the escrow could lead to similar problems that Bitcoin escrows have experienced in the past.  This could involve thousands, if not millions, of dollars worth of Darkcoin being stolen.

Bitcoin, while it is generally considered pseudonymous, actually provides a lot of anonymity to its users. Centralized mixers, such as BitcoinFog, have properly mixed coins for quite some time, and have accomplished this without any major problems. This is because the Bitcoin blockchain is very little use to any investigators if they don’t have a real identity attached to addresses. On top of this, many deep web users run their Bitcoin clients through the hidden Tor network. That allows them to hide the IPs of their Bitcoin clients, and thus conceal their actual location. Also, Bitcoin has anonymity no other cryptocurrency has and can’t be programed into existence – mass adoption.

The mass adoption means it is much harder to track all of the users of Bitcoin, compared to much smaller crypto-currencies like Darkcoin or Anoncoin. Most of these anonymous crypto-currencies are marketing themselves as the currencies of the deep web with names like Dark or Cloak. This means when someone sees a Darkcoin transaction, they automatically think, “That person is buying something shady or illegal.” When someone sees a Bitcoin transaction, they think, “That person could buying a computer from Dell, airplane ticket from CheapAir, or buying a product from one of Paypal’s numerous merchants.”  Besides that, governments are now attempting to regulate Bitcoin, which can be observed with New York’s BitLicense. This does cause some problems for people who wish to use Bitcoin for illegal purposes, but the black market has always managed to overcome these hurdles. What they really do is provide the deep web a large amount of legitimacy. It is counterintuitive but it is true. With mass adoption and regulation, bitcoiners aren’t automatically thought of as criminals, but instead normal, regular people. 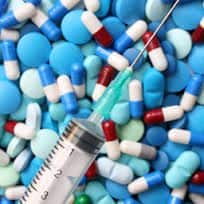 These marketplaces are new and very small. Like their legal counterparts, illegal startups are the place where new things are tried and innovation happens. Since they are smaller, they are willing to push envelope in order to get customers to come to their site. At the same time, the deep web is a place of a lot of suspicion. Scams and thefts seem far too common. The anonymity the deep web requires leaves you in the dark regarding whether that new marketplace is run by the next Dread Pirate Roberts, scammers, thieves or law enforcement.

Accepting Darkcoin could be a way to get a lot of money, and then weeks or months later run off with the users money. On the other hand, it could also offer a new level of financial anonymity for the deep web has never experienced. Depending on how successful these marketplaces are, we might see Darkcoin, as well as other anonymity focused cryptocurrencies, being adopted by larger marketplaces like Evolution or Agora. Only time will tell if these marketplaces are scams, or leaders in online, black market anonymity.

*Please note none of these links are to the deep web. All of them are to legal websites on the clearnet, also known as the regular web.*