A Recap on our Previous Discussion Regarding a Bitcoin Credit Bubble 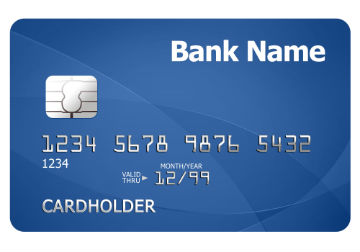 A few weeks ago, we began our discussion on the potential for a massive credit bubble in the Bitcoin economy. In that article we discussed the possibility of a Bitcoin credit bubble arising as a result of margin trading on the various Bitcoin exchanges—a practice that is growing in popularity with the Bitcoin investors and day traders. We came to two conclusions regarding the possible effects of Bitcoin margin trading.

However, one of the most devastating effects of fractional reserve banking, money creation, would not be possible with a Bitcoin exchange, for the Bitcoin supply is limitedm and the currency’s digital nature makes note issuance unnecessary, thereby eliminating the ability of an exchange to issue fiduciary media of exchange. Nevertheless, such fraudulent actions on the part of the Bitcoin exchanges would indeed cause chaos in the market. Fortunately, several Bitcoin exchanges have proved that they have reserve ratios in excess of 100%, meaning that their margin trading services currently pose no threat to customer deposits. 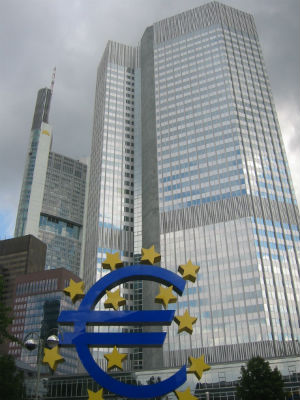 It is safe to say that most people in the Bitcoin community would like to see this digital currency go mainstream and compete with government currencies. If Bitcoin’s user-base were to become on par with the likes of the Dollar and the British Sterling Pound, though, it would undoubtedly be subject to the same manipulative forces from the world’s central banks. Of course, the central banks would not be able to influence Bitcoin’s exchange rate by manipulating its supply—since Bitcoin’s supply is guaranteed to be scarce. However, the central banks would be able to manipulate Bitcoin’s exchange rate by taking part in the buying and selling of the currency.

However, a much more serious form of central bank manipulation could occur before Bitcoin became a serious competitor to fiat currency. If Bitcoin ever becomes a popular enough investment vehicle—on par with gold and silver, for instance—then central banks could actually, in theory, influence the Bitcoin price with open market operations, the practice in which central banks manipulate interest rates by buying or selling bonds, thus stimulating or discouraging investment. If Bitcoin were to become popular enough to be traded on a major stock exchange, such as the New York Stock Exchange, it would be subject to the same inflationary policies that central banks use to encourage growth in general stocks and assets. There are already projects underway that may lead to this kind of mainstream Bitcoin trading, such as the various Bitcoin derivatives and the Winklevoss ETF.

Central banks engage in buying and selling bonds when they want to expand or contract the economy. Since this article is discussing a potential Bitcoin credit bubble, we will focus on the effects of expansionary policies (bond buying) implemented by central banks and how they create bubbles in general. 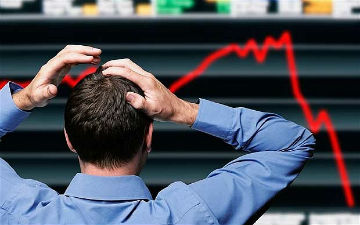 Given the recent economic downturn of 2008, there has been a lively debate in the economics profession on the topics of business cycles and credit bubbles. The school of economic thought that has provided the most complete, although highly unpopular, theory of business cycles is the Austrian school. The Austrian theory of the business cycle originated with Ludwig von Mises, was further developed by Frederich A. Hayek, and is currently being re-examined by some contemporary Austrian economists, such as Jesus Huerta de Soto.

Recent research into the Austrian business cycle theory suggests that fractional reserve banking is the prime suspect in the causation of business cycles, and that central banks of issue merely play an ancillary role by increasing the money supply and thus accelerating the business cycle. Regardless of the cause of general business cycles, it can be observed very clearly that central banks are the prime suspects in creating bubbles, focusing on specific areas of the economy, by lowering interest rates. Some examples of these bubbles would be the stock market crash of 1929, the dot com bubble in the 90s, and the recent housing bubble in 2008.

So, How Exactly Does Credit Expansion Cause Economics Bubbles?

We will explain this phenomenon by constructing a simplified model of the real world. We will stat with a market that is in full equilibrium, an evenly rotating economy (ERE). In the ERE, costs equal revenue, there is no profit, and interest accrues to the owners of the factors of production. Now, keeping these things equal, let us introduce an injection of liquidity into bank reserves from a central bank. This newly created money allows banks to lower their interest rates and increase their credit issuance. Investors will take advantage of this cheap credit and borrow money, to start projects such as building houses or developing some kind of new technology. These new projects will shift capital to higher stages of production. Since demand is being held constant, this shift will increase prices of consumer goods as their supplies dwindle, due to capital being shifted to other areas of production. Additionally, as demand for capital goods increases due to the credit expansion, prices for capital goods will increase.

These price increases will make it appear as if the economy is undergoing a huge expansion, and that everyone is becoming wealthier. However, we must remember that everything else is being held constant, which means that demand for the products of those new projects does not really exist, despite their high prices and apparent profitability. Therefore, when the employees of these new projects receive their payment, they buy products that are in accordance with their demand, which has remained constant throughout this entire process of expansion. In other words, the investors borrowed a bunch of money to hire people to work on these projects, and those newly hired people spent their money on something else, along with the rest of the individuals in the economy.

As a result, investors will be left with debt that they will not be able to repay, especially when interest rates are inevitably increased once again, because of their unprofitable ventures. These projects will have to shut down, meaning that all of the employees will have to be fired. Unemployment will rise, which will in depress prices. Eventually, the capital that was shifted towards these unprofitable projects will be re-employed in industries that are in accordance with market demand, which has remained constant this whole time.

As was mentioned above, it is highly likely that fractional reserve banking is the true culprit behind this process, and that expansionary policies focus that expansionary pressure into specific areas of the economy, generally the stock and housing markets. Again, the above scenario took place in the ERE, which is a simplified model of the real world. Therefore, the real effects of credit expansion will be different in each case, as the factors determining those effects will never be perfectly identical. Nevertheless, the general process of boom and bust holds true for each specific event.

How Would Credit Expansion Cause a Bitcoin Credit Bubble?

So, now that we have a basic idea of how credit expansion creates bubbles, we can examine how said expansion could create a Bitcoin credit bubble. 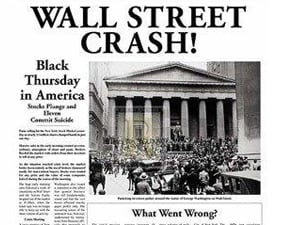 Stock market investors would have access to cheap credit, which would give them the ability to buy more Bitcoin. Then, when the central bank stops expanding the money supply, and prices adjust to inflation, the boom will end, and the bust will ensue. Consequently, the Bitcoin price would plummet, making it much less valuable.

Thus, we have seen two possible scenarios in which a Bitcoin credit bubble could occur. Although both scenarios have distinct features, the end results are the same: a huge spike in the Bitcoin price would occur, and a massive price drop would follow. While it is uncertain if these scenarios will actually play out in the real world—given that several Bitcoin exchanges have passed proof of reserves tests, and that it is uncertain whether or not Bitcoin will become mainstream—it is important to consider the definite possibility of these scenarios.

If these possibilities become reality, and we keep this knowledge in mind, then the Bitcoin community could potentially avoid disaster by acting to protect themselves from the harmful effects of a Bitcoin credit bubble.