Coinbase has just launched a new service that aims to boost its online wallet’s security levels. The Bitcoiners will soon be able to use the company’s free Vault service as a savings account protected by additional transaction time and more steps for verifying transactions.

The launching of the optional service, called Coinbase Vault, happens after several cases of Bitcoin theft and safety breaches that affected numerous digital exchanges and wallets in the last couple of years. Mt. Gox is allegedly the most famous example, as the now defunct exchange was forced into bankruptcy after a massive hack.

“Bitcoin wallets are great for day-to-day spending, but storing large amounts of Bitcoin for the long term requires extra security. This is why we created the Coinbase Vault”, reads the new webpage dedicated to the service.

Coinbase intends to make all Bitcoin transactions – an operation that is completely irreversible – safer for its clients, battling the growing number of hackers that are now focused on cryptocurrency. “The Bitcoin world has seen attacks from cybercriminals increase”, the startup confirmed.

The new Vault service adds a 48-hour delay to the users’ withdrawals, allowing the company to contact the account holder and confirm that the transaction is real and was indeed authorized by the client. 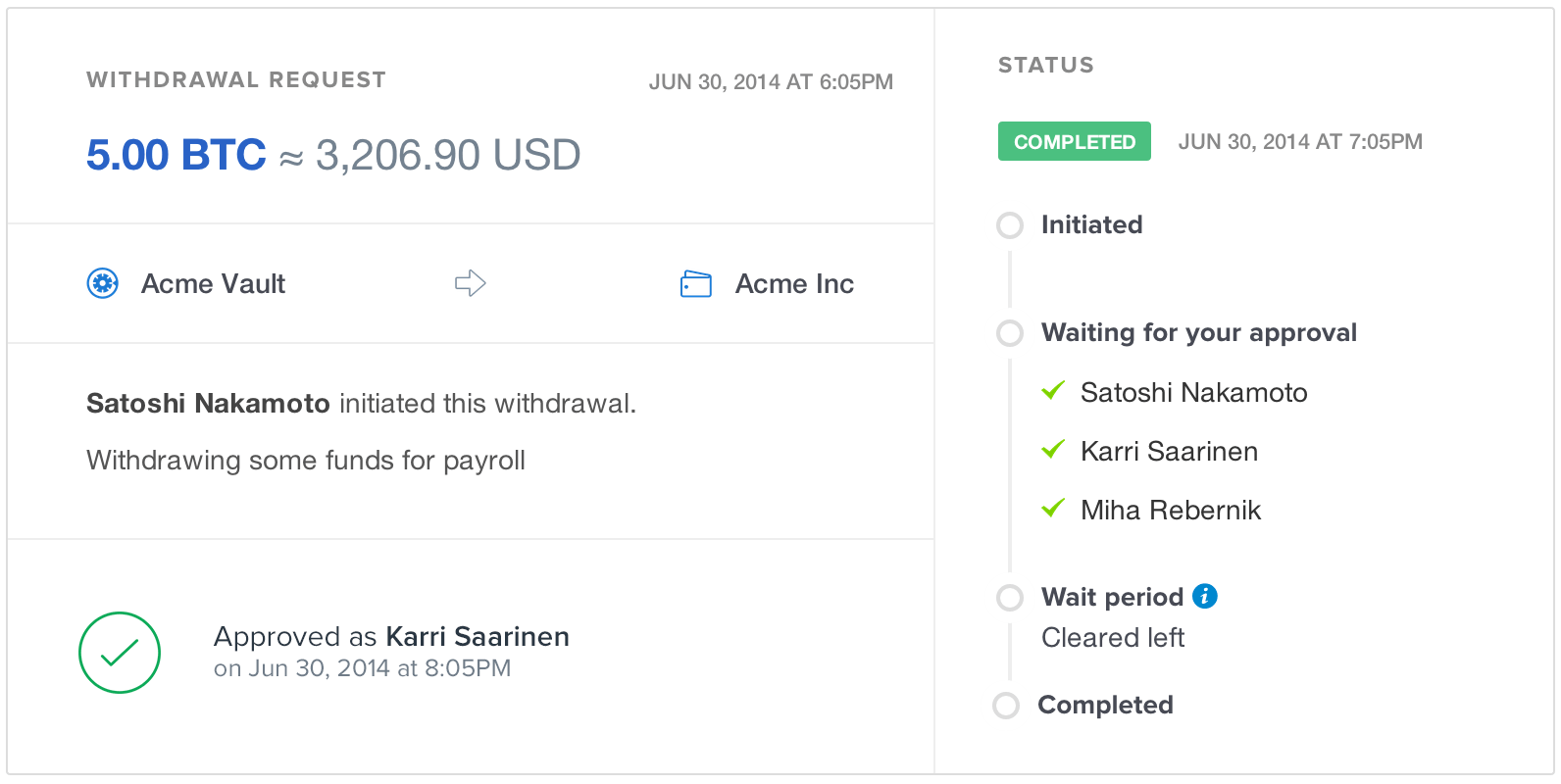 Besides, Coinbase will allow the creation of Vault accounts for groups and companies, which will require a sign-off for transactions to go through, the company announced, quoted by PCWorld.

The Vault free service will only be available to the general public on July 16th, but five percent of Coinbase’s clients are already trying out the new feature.

More information about this service on Coinbase’s blog