Skip to content
You are at: Home » News » Exchanges » Coinbase launches redesigned iOS and Android app with updated security protocols

The Bitcoin platform Coinbase has relaunched its iOS and Android apps with a new design and extra security settings. The company announced that the software has been “rebuilt from the ground up, taking advantage of the latest versions of iOS and Android to create the best possible mobile wallet experience”.

The new app has a sleek design and additional features. The face and name of the user now appears in the upper left hand corner, with the app displaying more detailed transaction data than before. Also, the transactions are now organized in a timeline.

But the most important update is probably the one that will make the users feel safer. Especially after the wallet breach that affected Bitstamp on Sunday (4th) and cause the loss of $5 million in BTC.

According to an article published on Coinbase’s official blog, the company added a variety of new security features to the iOS and Android apps that will allow users to have more control. The software now includes support for TouchID on iOS, support for 1Password if you store your passwords with their service, the ability to revoke the app’s access from Coinbase.com in case your smartphone or tablet is stolen or gets lost and enhanced PIN lock functionality. 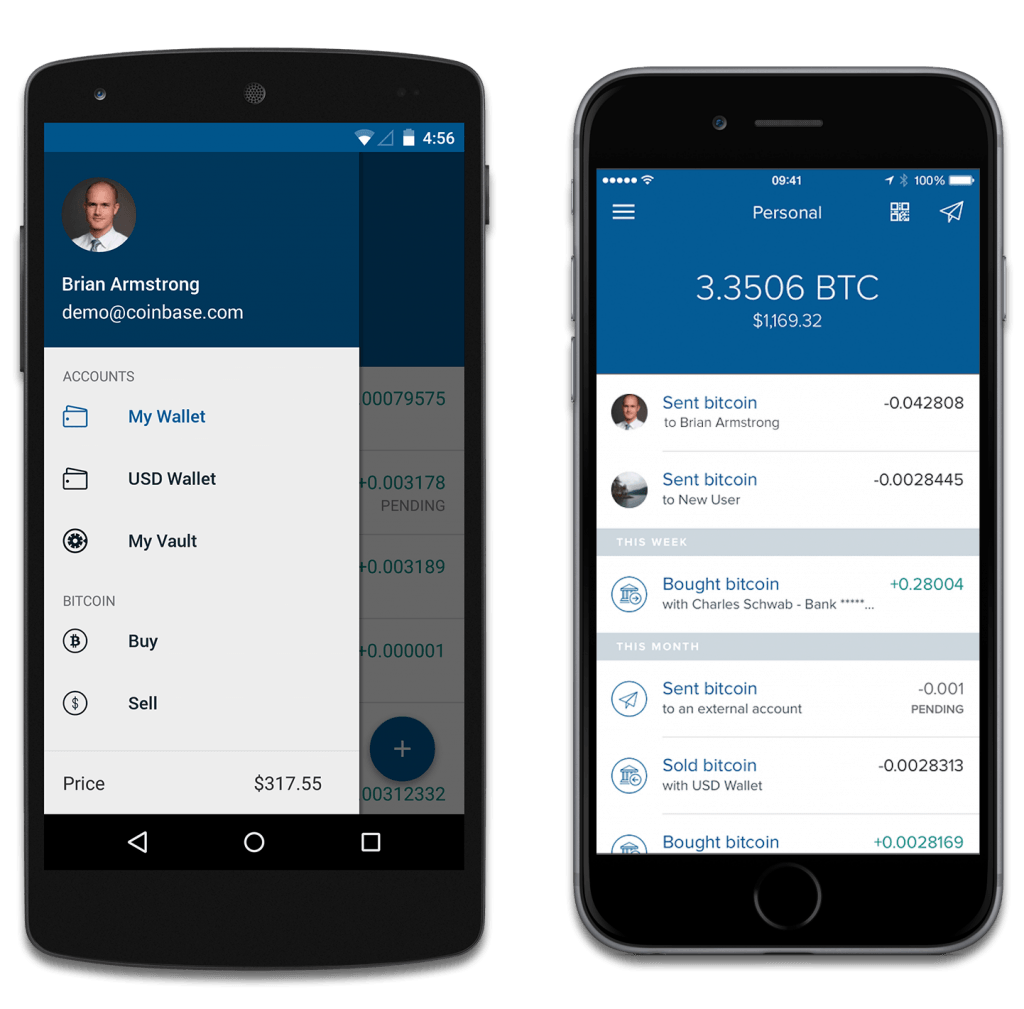 The update also allows Coinbase’s 2.1 million users to buy and sell bitcoins in a total of 19 countries. As for the app’s basic functions, they remain the same. You can still use Coinbase’s mobile software to perform usual activities such as Bitcoin payments or send and request cryptocurrency using a Bitcoin address.

You can already visit the iTunes website or Google’s Play Store and download the app both for iOS and Android.