Skip to content
You are at: Home » News » Exchanges » Coinbase refuses to process Bitcoin payments for Washington-based marijuana dispensary

When the North-American banks said they wouldn’t work with the freshly legal marijuana dispensaries in Washington and Colorado due to possible federal violations, Bitcoin presented itself as the best solution for these merchants. That was exactly the plan drafted by Sean Green, owner of three pot shops in Washington.

However, the plan backfired. Green, who is the founder of medical marijuana provider Pacific Northwest Medical, wanted to start accepting cryptocurrency at his newly opened store, Kouchlock Productions, in Spokane. After not being able to process credit cards, he decided to accept BTC, but his business was turned down after approaching the payment processor Coinbase, based in San Francisco.

The entrepreneur wanted to receive the cryptocurrency and convert it to fiat currency immediately after the transaction. “I don’t see it as a place to house our money because of the volatility. If it were a secure place to keep our money and the value was consistent, I would hold onto Bitcoin, but that’s not the case”, Green told Forbes.

Yet, to assure a quick and easy operation, it would be mandatory to work with a payment processor like Coinbase. However, when the processor realized who this new merchant was, it dropped the dispensary. “We can’t service them as a customer because it’s still technically illegal federally“, said a Coinbase spokesperson. 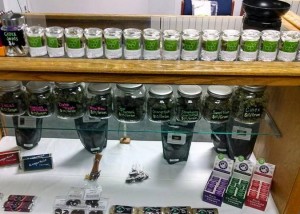 Kouchlock Productions still accepted a few BTC purchases in the meantime. “Bitcoin customers didn’t come running from the hills, but we’ve had a few people come in”, Green added, admitting the news attracted the press.

The dispensary can keep accepting Bitcoin, but its owner will have to work harder to swap the cryptocurrency for legal tender.

Finding a new processor is an option. “That is nothing new. We open a new account tomorrow and the game goes on”, he said, adding that “there are thousands of marijuana operators dealing with legal marijuana money and they have nowhere to put it. Bitcoin is not something people in our circles fully understand yet. It’s happening but it’s slow”.