Three of the biggest Chinese Bitcoin exchanges – BTCChina, Huobi and OKCoin – recently decided to announce some major news. The companies will release its 100% reserve proof solutions, which means more transparency for the users and also for the Bitcoin ecosystem.

BTCChina was the first exchange to announce the good news on the platform’s website. The company told its clients that will release the information on August 25th.

The exchange is doing it “in order to promote the progress of the industry” and to boost “the healthy development of the Bitcoin ecosystem”.

Since Bitcoin was born, controversy has surrounded this new technology. (…) Bankruptcy, hacker attacks and other negative events continue to remind everyone that the most important thing is to make sure a trading platform is secure.

“BTCChina decided to partially open its database permissions (for the protection of user privacy, we are afraid we cannot fully open the database)”, reads the online announcement.

This is a major breakthrough. This will not only be the future of exchanges, but also the future of off-chain transaction services. For the first time in human history we have an asset that can be audited at-a-glance, by anyone, anytime, anywhere. Ponder what that means, especially given the history of money and fractional reserve banking. The future is very bright.

This exchange also announced it would be releasing its 100% reserve proof solutions over the next few days. According to Bitell.com, this is the same “solution of Bitfinex and Kraken based on Merkle Tree”. 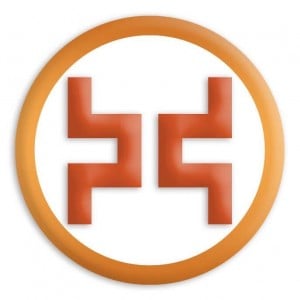 According to the exchange, “80% of users’ Bitcoins which are not transacted frequently will be saved in the onchain QuickWallet. All transactions and address balance can be checked openly online to prevent forged data. Nobody including the exchange can use the Bitcoins in the wallet except the user himself who holds the private key. But those Bitcoins can be transferred to Huobi account instantly when user wants them for transaction”. The implementation should happen at the end of September.

Regarding the remaining 20 percent, those Bitcoins will remain with Huobi and will be proofed based on Merkle tree and notaries until the end of August.