Skip to content
You are at: Home » Bitcoin Values » Canadian Yukon Gold Mine for Sale for 3,000 Bitcoins 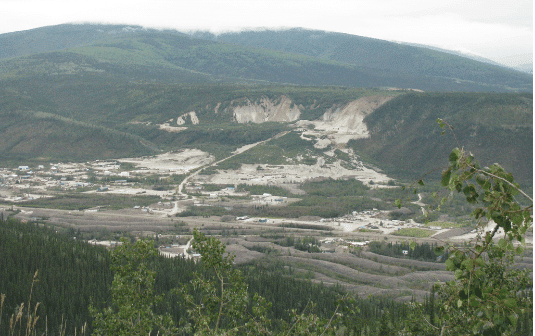 Yukon Gold Mine for Sale in Bitcoin! If this Canadian based gold mine really sales for 3,000 bitcoins it will be the largest purchase with bitcoins in the short and rocky history of the virtual currency. Yokon Gold Mine went up for sale today (June 9, 2014) and the owners want to sell the gold mine in bitcoins. Current bitcoin price is 1BTC = $633.13; a month long high! If Yokon Gold Mine were to be sold at this moment, the price in dollar value would be $1,899,006; a little lower than the $2 million dollars the owners hope to get for it.

Yukon Gold Mine For Sale in Bitcoins

If you’re into bitcoin mining and you would like to mine something other than bitcoin, Yukon Gold Mine might be exactly what you’re looking for provided you can afford it. The mine is listed in the bitcoin online marketplace BitPremier. According to the listing, The company was founded in 1986 and the President and CEO claims that “any new buyer could recoup their initial investment in as little as two mining seasons.” He also says that the company has “$1 million worth of equipment” and “$1 million per year in sales.” Yukon gold mine for sale in bitcoin is good for the advancement of the Cryptocurrency.

Would you buy a company worth $2 millions in bitcoin?