Skip to content
You are at: Home » News » Californian dealership sells its first Land Rover for Bitcoin

All it took was a request made by a prominent Silicon Valley venture capitalist who wanted to buy a new car using cryptocurrency. After the solicitation, the Land Rover Redwood City dealership, in California, decided to sell its first vehicle for Bitcoin.

“Realizing we need to be ready to accept change in this constantly broadening virtual community, we agreed to our first Bitcoin sale”, said Doug Doyle, the company’s general sales manager, without revealing the price of the car. The transaction was processed by BitPay, which helped the team to embrace the idea of accepting digital money. 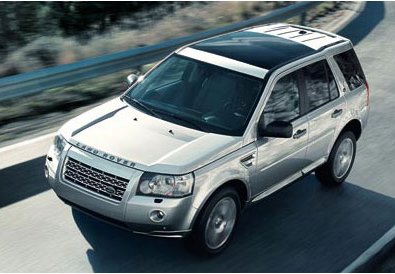 Doyle admits “the concept of Bitcoin is hard to grasp“. However, “the process as put forth by BitPay is quite simple. Just send an invoice and the money shows up in your account. Simple and seamless just as they said”.

The Land Rover Redwood City dealership is part of the Qvale Automotive Group since 2000, a name with a long and strong history in the industry. The group actually sold its first car back in 1947, over 60 years ago, and now owns a chain of luxury dealerships spread across California and Florida.

The Redwood dealership currently serves the San Francisco metro area, turning into the first local business of its kind to accept digital coins. “We make it easy for businesses like Land Rover of Redwood City to accept Bitcoin as a form of payment”, said Tony Gallippi, co-founder and CEO of BitPay, in a press release.

The result of the sale was immediately converted to fiat currency by the payment processor after the transaction was finished. With such a smooth operation there is no reason why Land Rover Redwood City won’t accept more Bitcoin in the future in exchange for its high-end vehicles.