Skip to content
You are at: Home » News » Legal » Butterfly Labs shut down by the FTC, accused of “unfair and deceptive practices”

The Kansas-based operation run by the Bitcoin mining equipment manufacturer Butterfly Labs has been shut down by the Federal Trade Commission. The United States authority revealed in a statement published online that the action was carried out following an order issued by a court in the Western District of Missouri.

The action – connected to a civil lawsuit started by the FTC against the manufacturer – puts an end to the rumours that became viral last Saturday (19th), spreading the news that Butterfly Labs was being raided by US Marshalls.

At the request of the Federal Trade Commission, a federal court has shut down Butterfly Labs, a Missouri-based company that allegedly deceptively marketed specialized computers designed to produce Bitcoins, a payment system sometimes referred to as “virtual currency”.

According to the lawsuit, the FTC found that Butterfly Labs had contravened section 5(a) of the FTC Act by engaging in “unfair or deceptive business practices in or affecting commerce”. The action names not only Butterfly Labs, but also three directors of the company as defendants: Jody Drake, Nasser Ghoseiri and Sonny Vleisides. 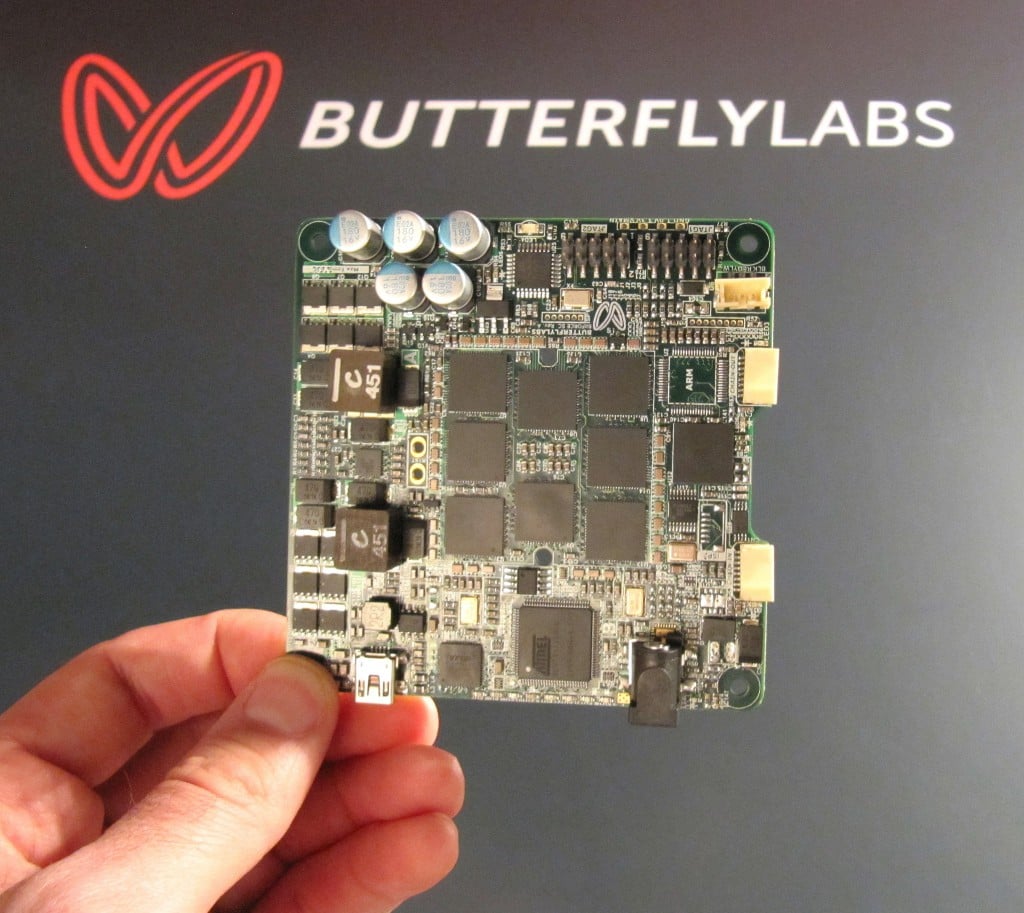 By referring “unfair or deceptive business practices”, the FTC means the company charged “between $149 and $29,899 upfront” for the mining equipment, but did not delivered the majority of the products. Dozens of consumers have been complaining for several months, saying they never received the machines after the payment was made.

One of the best examples of the “scam”, according to the general opinion repeated in forums like BitcoinTalk or Reddit, was the launching of the mining device BitForce in June 2012. With a powerful marketing strategy behind the brand, Butterfly Labs was flooded with orders, but as of September 2013 more than 20,000 consumers were still waiting for their mining equipment, CryptoCoinNews reports.

Even where Butterfly Labs did deliver a Bitcoin mining computer to a consumer, the complaint notes that because of the unique nature of the Bitcoin system, the outdated computers were useless for their intended purpose. While more Bitcoins are being mined each day, the total number of Bitcoins available to mine is reduced in half each year. Combined with the fact that each new generation of computing technology used to mine Bitcoins renders previous generations essentially obsolete, the delay in delivering computers to consumers meant that the Bitcoin mining computers could never generate the amount of Bitcoins that Butterfly Labs promised consumers.

And that is not all, as the FTC is also going after Butterfly Labs not only because of the company’s equipment, but for their alleged mining services. In December 2013, the American firm started offering these services, receiving hundreds of thousands of dollars in advance. However, the FTC alleges the company never provided any Bitcoin mining services to consumers.

“We often see that when a new and little-understood opportunity like Bitcoin presents itself, scammers will find ways to capitalize on the public’s excitement and interest”, says Jessica Rich, director of the FTC’s Bureau of Consumer Protection. “We’re pleased the court granted our request to halt this operation, and we look forward to putting the company’s ill-gotten gains back in the hands of consumers”, she adds.

This new order issued by the court now prohibits the company from doing business, while also freezing their assets and placing the company in receivership.

Butterfly Labs has openly responded to the Federal Trade Comission’s action, claiming the punishment was “heavy-handed”. In a statement, the company is also accusing the FTC of “going to war on Bitcoin (…) starting with Butterfly Labs”, a “very real” company that delivered over $33 million in products to customers. The firm also reminds the readers that it voluntarily granted almost $17 million in refunds to customers due to cancelled orders.

In light of the latest events, the manufacturer asked to present witnesses on its favour during a hearing that will happen on September 29th and assured that it will fully cooperate with the Temporary Receiver appointed by the court.