Skip to content
You are at: Home » Reviews & Comparisons » Products » BTC Robot Review – is it a scam ? Real results from bitcointalk users…

Cons: Doesn’t seem to act as described at all. Didn’t manage to get it to work on the Silver Plan.

Conclusion: No, BTC Robot is not a scam, but I believe that it’s not as accurate as described on the BTC Robot sales page. Personally, I didn’t manage to make a profit out of it but I’ve used it for 2 weeks only. The good thing is that the 60 day money back guarantee makes it a no brainer for someone who wants to try it out any way and decide for himself.

For more information about BTC Robot.

Let me start right off the bat here by saying this is not another “look how great my profits are with BTC Robot”. This review aims to bring real live research to conclude once and for all if purchasing BTC Robot is worth your money or not. I’ve been into Bitcoin for almost a year now and just recently got my hand on BTC Robot and this was only after some INTENSIVE market research. My guess is that if you’re on this page you probably are looking into researching it as well, so hopefully I can save you some time.

This review is not based on my personal experience only

Instead of just trading with BTC Robot and then giving you my personal opinion alone I integrated into this review as many online BTC robot reviews I could find online. I picked out the best ones (usually from Bitcointalk.org) and the worst ones (usually for people who are trying to make a quick profit) and brought them together. I will not talk about how to use BTC robot in the review since it’s pretty simple and there’s a complete step by step guide once you purchase it.

So after going through the first 4 pages on Google for the term “BTC Robot Reivews” I managed to find only 3 reviews that were worth commenting about, the rest of the reviews were plain biased.

I managed to go for almost 12 different reviews before deciding to purchase BTC robot. The first review I came across which was probably the most helpful was of a site called “Bitcoin World Wide” which was kind of suspicious looking since it seems to only be promoting BTC Robot. Nevertheless after reading the Jonathan’s review carefully  I saw that he was actually updating his stats each month including loss (which is something that biased reviews rarely do). So up until November 2013 his account was at a positive ROI of %26.75 but because of the big drop in Bitcoin price in December he ended 2013 with a negative ROI of  %61.23. My guess is that he was using the aggressive mode which cause him these loses. Here is his recap for December.

After screening some more excessively biased BTC Robot reviews I came across a Vimeo video of a guy named Michael Summers. Now this video is clearly narrated, but nevertheless he shows making actual profits off BTC Robot of around $386.18. After further investigation I saw that the video was uploaded on January 2014 but it was filmed on July 2013….make you wonder how legit it is after all.

After some more digging in, I came across an article from “The Verge”. To make a long story short the author of the post on The Verge claims the BTC Robot is just another scam in the world of making money online. Although he seems to be very determined about it, he did not bring one piece of evidence supporting his claims. On the comments that were posted to this article the BTC Robot team answered each and every reader who expressed the smallest of concerns which plays in their favour. If someone is trying to scam you, they usually won’t have such great customer service.

What Bitcointalk’s forum has to say about BTC Robot

For those of you not aware of it, Bitcointalk is the biggest Bitcoin forum online today, and it doesn’t take scams lightly. Users who are considered scammers are marked clearly and are usually booted out of the forum, here are some examples not related to BTC Robot:

I found 3 different posts relating to BTC Robot reviews. The first was of a a staff member of Bitcointalk. He actually created a total profit of $52.15 through the time he was trading but was losing Bitcions. He was kind of iritated by this although the BTC Robot representative who replied on that post clarified that profits are based on USD and not BTC, meaning if you want to earn USD use BTC robot. If you’re aiming to earn Bitcoins then perhaps there’s a better way.

The second thread of BTC Robot review on Bitcointalk I read heated up pretty quickly and got over 400 posts! I went over most of them (you can’t actually read 400 posts). Going through the posts I encountered another video that seemed to be legit and shows profits.

There was A LOT of back and forth in these forums. Mostly people accusing it of scam but without actual proof. The BTC Robot team seemed to defend themselves fiercely against any accusations. A few member finally came up with some actual trading data showing that they lost money when using the robot and some complained about bad customer service. Towards the end the forum get really aggressive, lowers the BTC Robot’s team trust score and calls out the program to be unsuccessful. 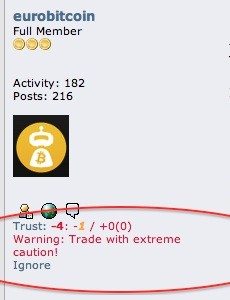 Finally I tried finding the latest BTC Robot review, since maybe something has changed during the time the program has been running. It seems that not much has changed although one reviewer said he had a hard time getting his money back because he bought the program with Bitcoins.

Last but not least, my own experience with BTC Robot

So after reading so much stuff online I didn’t have a very good feeling about BTC Robot, but there was still no outright proof that it was a scam. Also, they promise a 60 day money back guarantee so I figured I can purchase it, play with it a little and if I think it’s crap just get refunded. The purchasing process went pretty smooth, just go to the BTC Robot website, select your plan (I chose the Silver one) and then get redirected to ClickBetter for payment.

Note: ClickBetter is the payment processor for BTC Robot, so if you want to get refunded or have problems during your purchase you need to approach them. A word of wisdom, don’t fall into all of the up-sell crap they try to pitch you after you buy the robot, it’s just cheap marketing tactics.

I got my API keys from BTC-E. You do this by just going to your profile, choosing API Keys and then creating a new key. You can name it whatever you like but then you need to give it “info” and “trade” permissions. 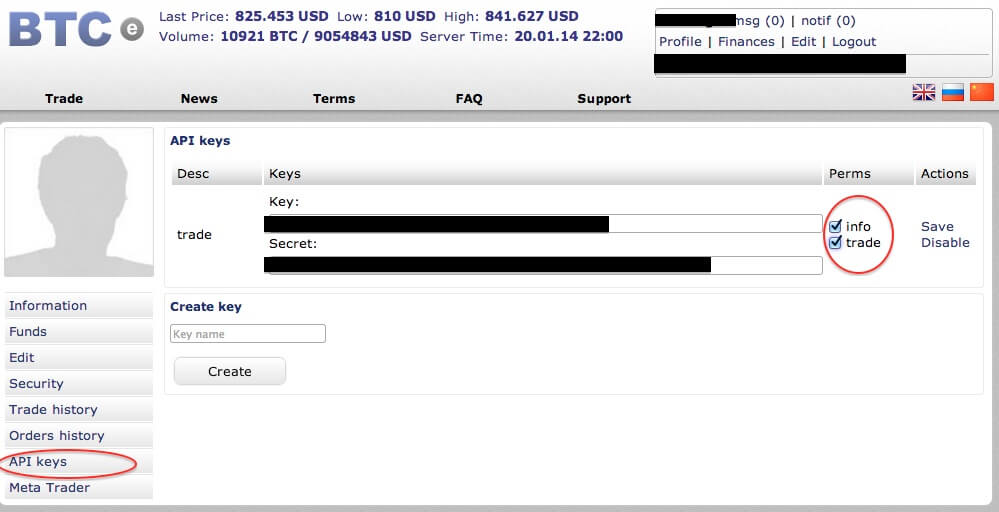 I funded my BTC-E account with $100 which was the most I was willing to lose on this test.  I set the robot to “medium” trade settings and waited to see what happens, unfortunately nothing did. The program wasn’t able to fetch my BTC-E information and therefor wasn’t trading. I sent an email to BTC Robot’s support and got answer the next day with some instructions. I then decided to take things up a notch and actually upgraded to the “Gold Plan”. The reason being that I have a 60 day money back guarantee so there is no risk.

After signing up to the Gold plan the Bot actually started trading. I decided to leave it for the next few days and see what happens. This is my account on the first day of trading: 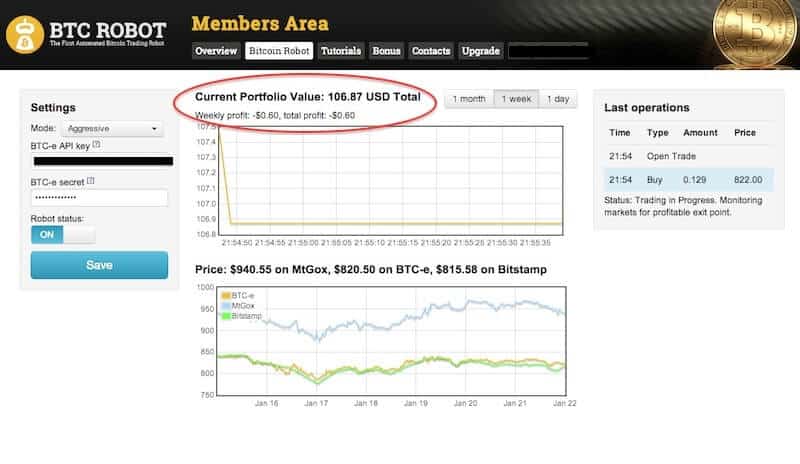 Unfortunately enough, I didn’t manage to make a profit even after several days of trading. It was time to test out the last thing left…the 60 day money-back guarantee. I sent a refund request to ClickBetter and waiting to see if this will work as advertised. It did, and in 3 days I got my full refund for both programs.

The conclusion – is BTC Robot a scam ?

No, BTC Robot is not a scam, but I believe that it’s not as accurate as described on the BTC Robot sales page. Personally, I didn’t manage to make a profit out of it but I’ve used it for 2 weeks only. The good thing is that the 60 day money back guarantee makes it a no brainer for someone who wants to try it out any way and decide for himself. If you would like to share your experience with BTC Robot just post your comment and rate this product below.

19 comments on “BTC Robot Review – is it a scam ? Real results from bitcointalk users…”