Skip to content
You are at: Home » News » Boston might get a Bitcoin ATM in the beginning of 2014

After Vancouver and other Canadian cities, a new Bitcoin ATM produced by Robocoin might be arriving in Boston (United States) in the beginning of 2014. The device will allow the city’s cryptocurrency community to exchange fiat for Bitcoin and the other way around.

The man behind the plan of bringing this different ATM to Boston is Alex Peterson, a Bitcoin adopter and local entrepreneur that is now looking to become a fully licensed money transmitter in order to properly manage the machine. According to the site Mass Live, Peterson is currently trying to decide where to place the device within the Cambridge and Harvard Square area.

Peterson, who has been selling Bitcoins to the local community for a while, got the idea when the first ATM landed in Vancouver. In the meantime, he is also trying to raise awareness among the local merchants and business owners to make the Bitcoin community grow. 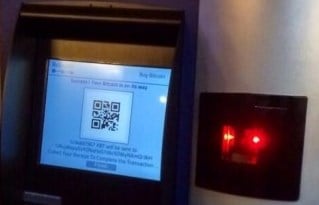 “I had a lot of customers from all over different neighborhoods in Boston, and I really wanted to try to bring an ATM here to bring it all into one location instead of the fragmented doing deals in coffee shops and being nervous about bringing cash to someone you met on the internet”, Peterson told Mass Live.

Boston could be one of the next cities to get a Bitcoin ATM and if the success rates are nearly as good as the ones achieved in Vancouver, then Peterson would have made the right investment. The first Robocoin’s machine operating in Canada, at the Waves Coffee House in Vancouver, exceeded CAD$1 million in volume from 1,576 transactions after only a month of activity.