Skip to content
You are at: Home » Coinbrief » Bitcoin » Bit-thereum – The Potential of Bitcoin, Ethereum, and Orisi, Part One

Ethereum – The Next Step in Decentralized Systems?

In order to conduct transactions through a third party, one must assume that the centralized means through which the transaction is conducted is secure. When one wants to send a picture through Google Drive, the assumption is that the centralized means, Drive, is valid. However, many times this assumption has proven to be false, or inconsistent, exemplified by situations such as the Mt. Gox incident .

The alternative, systems without any required trust, has previously been difficult, both conceptually, and in application. Ethereum, a “Crypto 2.0” system (or 3.0, some might argue), is a cross between a programming language and a platform. Being completely open protocol, it allows developers to develop in languages that they are likely familiar with. The goal is to allow any developer to create applications using Ether, which is used as an exchange token on a decentralized network. Ethereum is thereby used to decentralize, and barter, any item, from domain names, to allowing for crowd funding, to trading contacts similar to OpenBazaar, to being used as a democratic voting platform. It should even be possible for completely new digital currencies to be created within the Ethereum network.

Ethereum based applications do not require users to depend on developers by providing them with personal information or funds. A contract is a program that exists within the Ethereum network, with its’ own ether value, memory, and code. When a transaction is sent through a contract, it executes its’code dependent on its memory, and can facilitate other transactions, along with working with other contracts. This places the dependence of the user on the developer into a new decentralized realm. These contacts are maintained by the Ethereum network, without any individual having total ownership. However, re-engineering, through creating a new  proof of work or currency, may prove to be pointless. The complexity of the Ethereum system provides many possible avenues for malicious hackers to disrupt its’ security. This leads to a repetitive security testing phase that could cripple the entire system for years on end.

The financial applications empower users by allowing them to enter into completely arbitrary contracts and giving them freedom with their capital. Hedging contracts, savings accounts, wills, and employment contracts fall under this domain. A contract involving a savings account for security may include two partners, partner A can only with draw 1% of funds per day, partner be can only withdraw 1% per day, however, together, they can withdraw any amount. This allows security even if a hacker stole one of their private keys. If one is hacked, then the other partner can move funds to another contract. If one loses their key, the other will eventually be able to withdraw all funds. If a hacker attempts to steal, both partners have one hundred days to notice. One partner can also turn off the others’ ability to withdraw if maliciousness is proven to a third party oracle. Semi-financial involved capital and non-capital goods, such as purchases, or services. Peer-to-peer gambling, such as ‘BetMoose’, and decentralized marketplaces such as OpenBazaar, are other possible applications on Ethereum.

Non-monetary applications involve things like voting and other means of bartering or exchanging information. A decentralized data feed is also possible, through use of giving a certain number of individuals a token, and requesting they spend it in a shared contract. Each individual given a token will be incentivized to tell the truth to be a part of the larger token pool, compromised of people who told the data as correctly as possible and sent their tokens there. Token systems can be used through sub-currencies that represent assets such as gold, the Yen, company stock, or ballots. These systems are easy to apply to Ethereum as it is geared toward them; the logic must simply be implanted into a contract.

Of course, as Ethereum contracts are capable of being manipulated in ways only limited by a programmer’s imagination, these areas are by no means the only ways it can be used.  The true capabilities of this system will not be fully realized until it has been stabilized, and the test net is replaced by a live, fully functioning platform.  At that point, the monetary incentive inherent in digital currencies could bring in hordes of developers looking for ways to design contracts to bring their idea’s to life.  That is, unless Bitcoin can beat them to it… 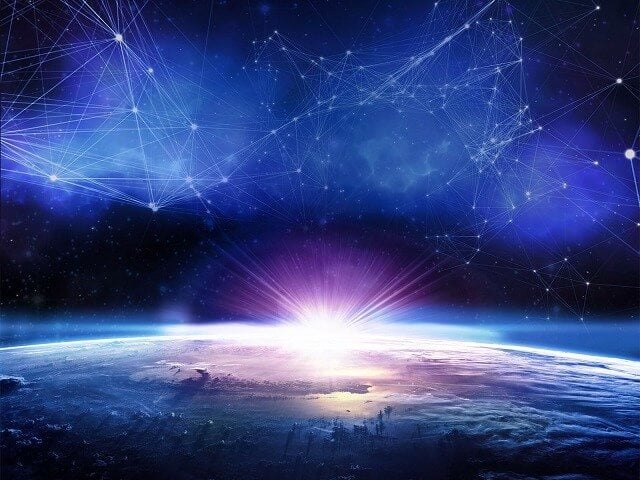 Ethereum’s concept of a contract that has funds, variable code, and multiple states, that are verified by the network with anonymous triggering through transactions, can be fitted to Bitcoin. “Bit-thereum“ could be constructed atop Bitcoin. If the verification of the network is exchanged by reputable oracles, then this becomes a possibility.

More complex contacts require third party data separate from the blockchain, such as a Bitcoin to USD exchange rate. Ordinary Ethereum simply accepts this third party data. It considers a system of moving data from one trusted source to a certain number of semi-trusted sources to be distributed along the Ethereum network. Having semi-trusted oracles, with a reputation system for verifying contracts, of which multiple are required before a contract is completed and the transaction executed, would eliminate the need for trust by removing fear of a single oracle stealing funds. However, a universal contract language must be created for these oracles.

Since Bitcoin is already global and has a public ledger, merging real world information with Bitcoin would not be too difficult. Yet it presents incredible possibilities, such as colored coin, or Orisi, which will be expanded upon in part II.

1 comments on “Bit-thereum – The Potential of Bitcoin, Ethereum, and Orisi, Part One”