Based on the belief that “multi-signature technology will play an important role in helping people secure their Bitcoins against loss or theft”, the crypto-payments processor BitPay announced the launching of a new digital wallet called Copay.

The open-source wallet was born out of BitPay’s “own need to securely store Bitcoins”, reads a blog published by the company. In the meantime, the community’s reaction to the launching was extremely positive with BitPay deserving the compliments of several Redditors, for instance. 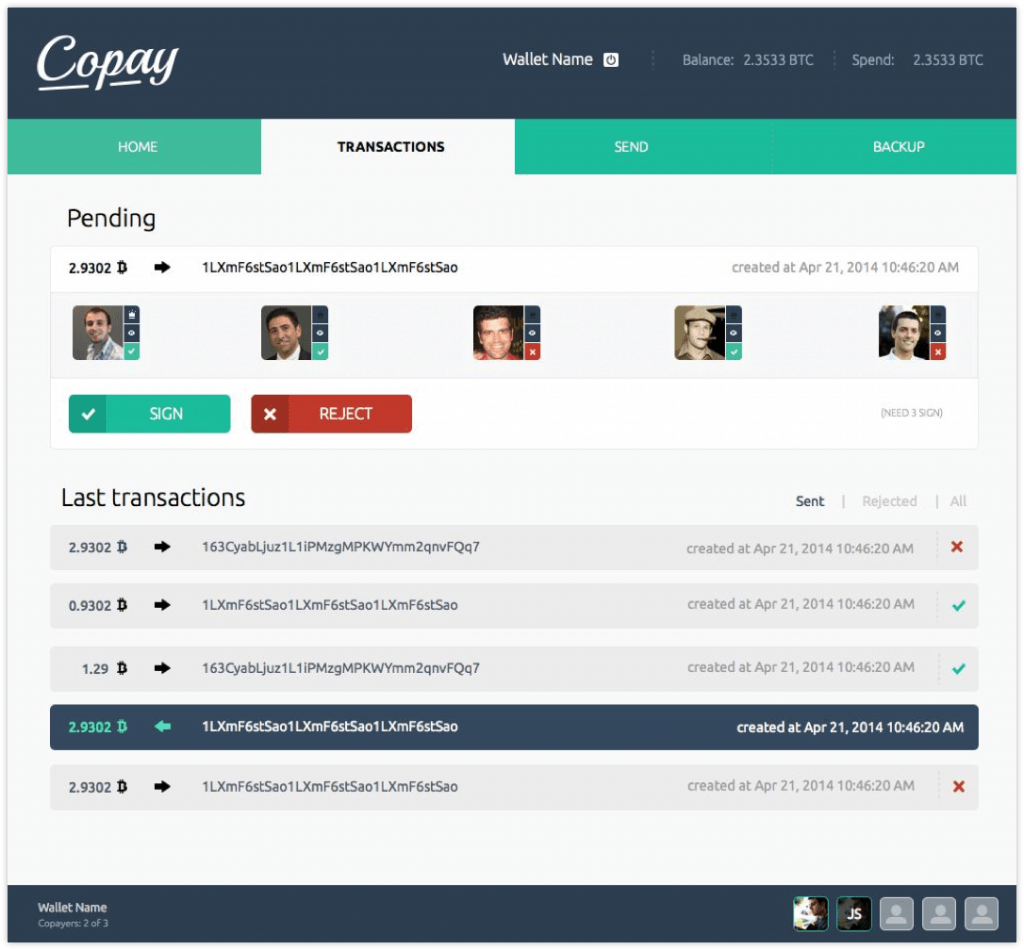 Although Copay is already considered an interesting tool, its most exciting characteristic is definitely the multi-signature feature, deemed “a hot topic these days in the Bitcoin world”.

“The community is beginning to stress the importance of having true possession of Bitcoins rather than trusting the storage of your Bitcoins to a third party (need we remind people of Mt. Gox?)”, writes BitPay, adding that “the challenge is making it both easy and safe to maintain possession of your Bitcoins in a true wallet and we believe multi-signature provides an important leap in that direction”.

But how does it work?

Bitcoin miners will reject a multi-signature transaction if it does not have the required number of signatures. Each party can independently sign a transaction on a different physical device without the private keys ever needing to be co-resident on any single device.

Those private keys don’t even need to be under the control of a single person. This is very important from a security perspective because a thief would need to compromise not just one machine, but two or more. This dramatically mitigates the risk of theft. This concept is so powerful that we believe it will virtually eliminate the problem of Bitcoin theft. It is important to educate yourself and use services that offer true Bitcoin multi-signature wallets.

Copay is still in beta for now, but BitPay is planning to “simplify the user interface and make it easily used by novices” in order to launch the wallet in a near future.